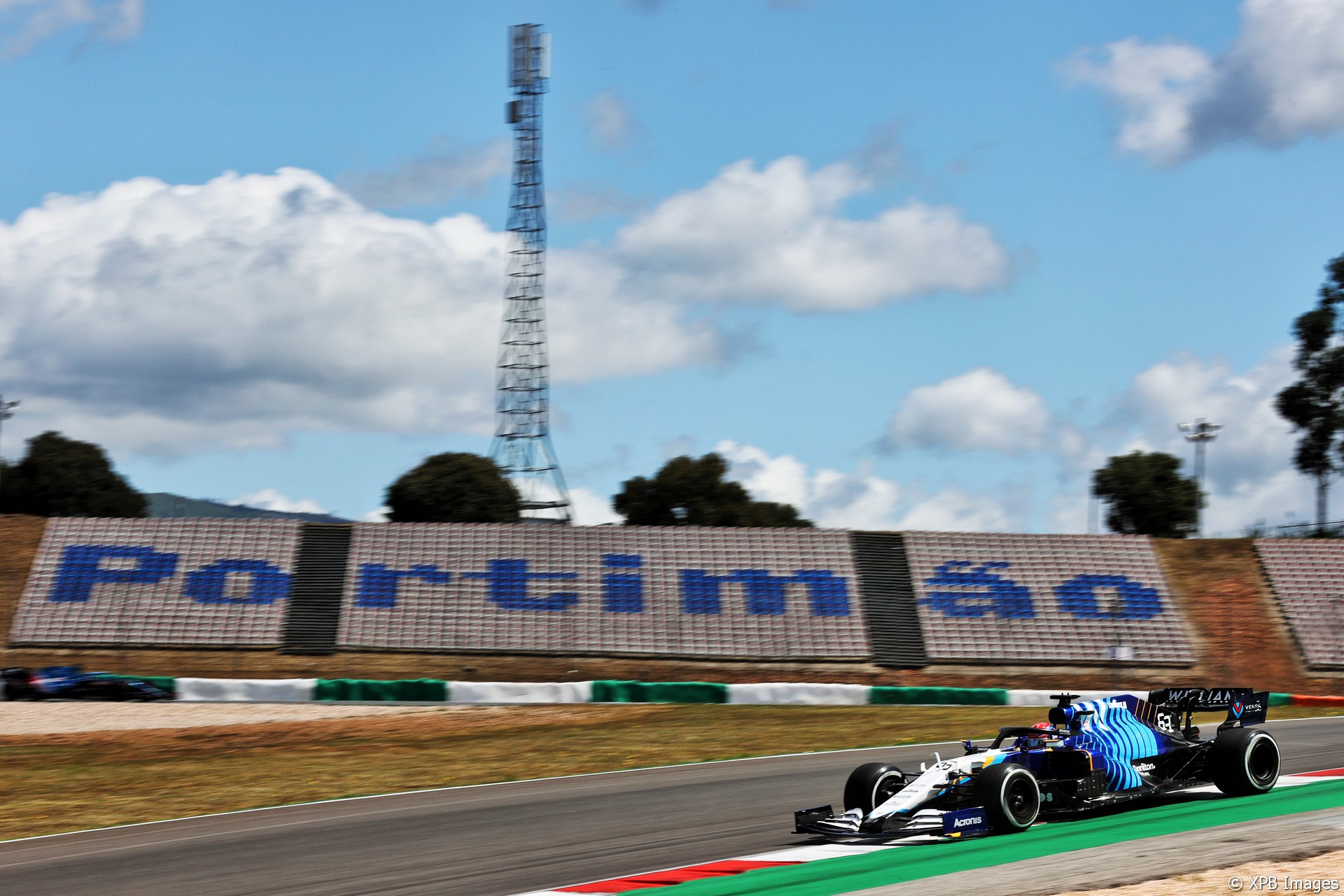 The Portuguese Grand Prix is closed to fans and it looks like the next three races on the 2021 F1 calendar will be too, Dieter Rencken reports from the Algarve paddock.

Plus, what did Mercedes CEO Toto Wolff have to say about George Russell’s claim he considers Valtteri Bottas and Lewis Hamilton like “team mates”?

Having flown to Lisbon and driven the (scenic, for a motorway) 280 kilometres to Portimao, I arrived at my hotel on the marina as night fell on Wednesday. At check-in I’m confronted with the sheer inconsistencies of F1’s Covid protocols: I’m told by hotel staff that – at the insistence of F1 – I’m forbidden from eating in the dining room as it’s reserved exclusively for members of the two teams also staying in the establishment.

Think about it: F1 personnel – including Alpine reserve driver Daniil Kvyat, with whom I later enjoy a (socially distanced) chat in the circuit car park – and I use the same corridors and stairs to our studios and share seat rows on flights, yet when it comes to dining I’m condemned to take-outs from fast food outlets as traditional restaurants are closed on the Algarve.

At the circuit I conduct straw polls amongst media and various F1 personnel I’m in contact with: given that the UK and other European countries have hit vaccination levels of 50% and 25% respectively, has the FIA requested such information if only to gain indicators as to present levels of immunity in F1? Responses are all in the negative, yet surely such elementary information is crucial in F1’s fight against Covid. 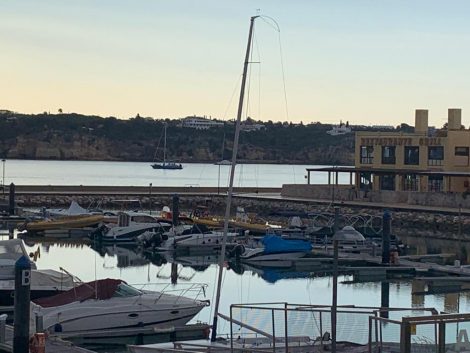 After lunch in the circuit canteen I enjoy a chat (in Dutch) in the mixed zone with Max Verstappen, and am again reminded of the levels of maturity displayed by the now-23-year-old to tricky questions. I recall first meeting him as a 16-year-old in 2014 shortly after he signed to race for Toro Rosso the following year and being impressed, and he has since become an old-hand in this business yet is still viewed as a ‘young driver’.

During the subsequent press conference I’m astounded when I hear George Russell state that – apparently after a private chat with Mercedes boss Toto Wolff – he views both Mercedes drivers as team mates and wonder about the potential for collusion between the dominant team and Williams, its power unit customer. I decide to press Toto Wolff on this issue during Friday’s team boss conference given my views on the topic.

At 4pm I attend a Fernando Alonso interview convened by Alpine for a select group ahead of his home grand prix. Reportage is embargoed until Thursday so I can’t expand here on chat topics save to say that the Spaniard is always good value, providing incisive answers to questions no matter how curved they are, and that his comments are well worth waiting for. 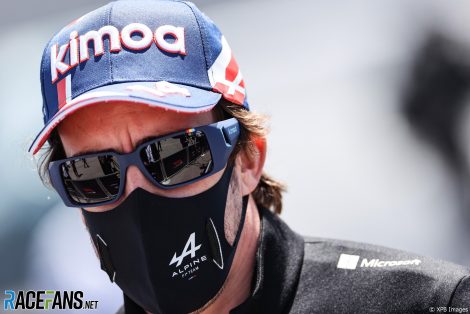 That brings my working day to an end, so it’s off to the golden arches for a take-out cheeseburger…

I first visited the Algarve circuit in 2009 for F1 testing and recalled its ‘hilly’ nature during last year’s inaugural grand prix, which I did not attend after last-minute flight cancellations. It is even more undulating than it then appeared on television, with the extent of elevation changes evident from my view point in the media centre.

On my morning commute the GPS selects back roads as fastest route to the circuit, and the road is a revelation: undulating, narrow and picturesque. It probably sees service as a rally stage and, if not, it should do.

It sets me thinking: can one judge circuit character by access routes? The Nürburgring, Spa-Francorchamps and Monaco surely suggest so, as does Montreal with its river crossings and Singapore’s city-state beside the sea circuit, while super-stadiums support the theory for all the wrong reasons – with most having featureless, straight dual carriageways (or suburban transport) providing access.

First practice is fundamentally incident-free with no real surprises. The truncated Friday sessions – reduced by 30 minutes each to an hour as per this year’s regulations – work for me as they deliver compacted track action, which can only be good for the fan spectacle once they are again permitted to attend.

The morning’s news related that Portugal has decided to lift Covid restrictions as from Saturday. What does that hold for the grand prix; could we see tickets go on sale at the last minute?

Not according to media staff, who tell me that the country is divided into almost 300 communes, and the lifting of restrictions applies to all but eight – and the circuit falls within one of these regions.

It looks like it may be a while before we enjoy the company of spectators again. We’ve already heard the stands will be closed at the next round in Spain, and with that event likely to be replaced from 2022, it may be that Alonso and Carlos Sainz Jnr never again race before their home fans. 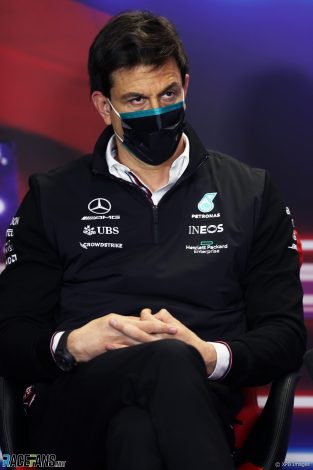 Furthermore I’m told that Monaco is also unlikely to host fans despite grandstands having been built – these were visible in footage from last week’s historic event – but that a final decision has yet to be taken. And the race after that, in Azerbaijan, will also be held ‘behind closed doors’.

At midday it’s time for the FIA media conference, so after first practice I prepare my questions for the sextet. Having granted Wolff the opportunity of refuting that there could be any form of collusion. If Russell and the Mercedes drivers really are team mates, “why wasn’t Valtteri instructed to let his team mate through cleanly and safely at Imola?”, I ask.

“I don’t know what I should really respond to such a question,” he answers flatly in response to the third question from the floor. “I have no response.”

Following another uneventful practice session I head for the mixed zone for an interview with Daniel Ricciardo with whom I’ve always enjoyed exchanging views while indulging in some southern hemisphere banter. We also share the same initials, which mutually opens any chats between us: “Hi DR…”

During our interview he reveals much, including the chosen graphic for the tattoo Cyril Abiteboul will be subjected to after losing a bet over podiums while the driver was racing for Renault under the Frenchman. It’s a pity I can’t get Cyril’s views as he left F1 after being replaced when the team transitioned to Alpine. I’ll keep trying.

That brings my Friday to a close. I’d memorised a village name during my sinuous morning drive and Waze takes me back to Portimao marina via the same routing. Even a bog-standard hatchback is fun on such roads.