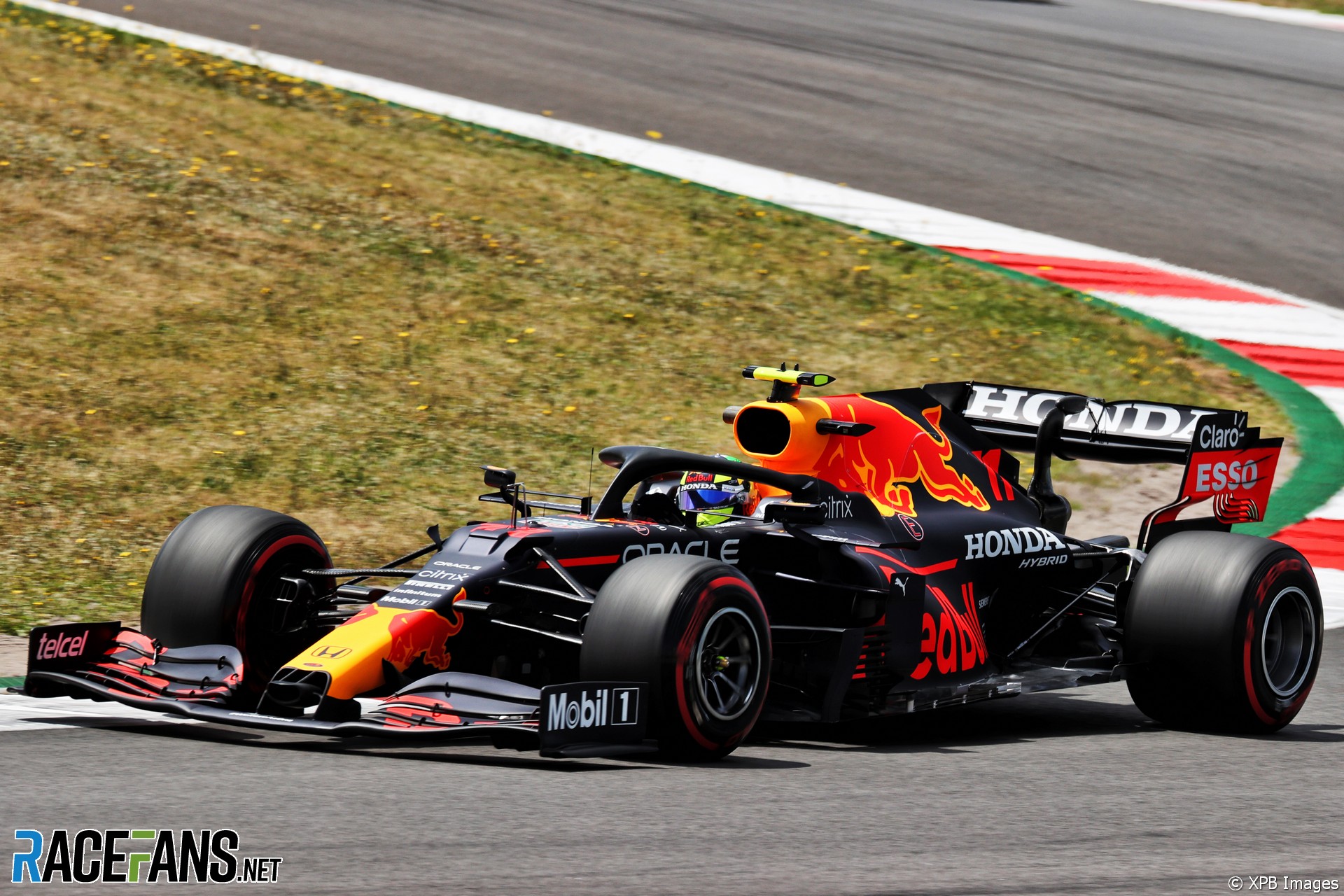 After topping the final practice session with a lap of 1’18.489, Max Verstappen and Red Bull looked in good shape for qualifying.

But in a gusty session on a track which still lacks grip since its resurfacing last year, neither RB16B driver was able to better that time.

Verstappen nearly did: He stopped the clocks at 1’18.209 on his first run in Q3. Had that stood, it would have put him on pole position. But it didn’t.

“Max’s first run in Q3 was quick enough for pole,” said team principal Christian Horner, “but unfortunately his lap was deleted for track limits after a gust of wind at turn four unsettled the car, causing him to run only millimetres wide.”

He fell foul of the track limits restrictions at one of five corners on the circuit which are now being policed. Though Verstappen still had one run left, the track conditions seemed to deteriorate towards the end of Q3, as several other drivers did not improve their times. Nor did it help matters that Verstappen had to pick his way past traffic. His final effort was over half a second shy of his deleted time.

Sergio Perez slotted in close behind him, but neither Red Bull driver had beaten Verstappen’s benchmark from qualifying. Drivers from two other teams did, however: The Mercedes pair, who swept the front row of the grid, and McLaren’s Lando Norris, though he only managed it in Q2. He was over six-tenths away from that in Q3, and lines up seventh.

So while Red Bull may well have the quickest car at Autodromo do Algarve, Mercedes have beaten them to pole position, and McLaren were fractionally faster during qualifying, if not when it really counted.

Alpine are enjoying their best weekend of the year so far. Esteban Ocon put them sixth on the grid and set the fourth-fastest time of any team though, like Norris, he did it in Q2.

He was thrilled with the team’s progress after their best showing in terms of outright pace so far this year.

“We were definitely not happy on Friday,” said Ocon. “But waking up this morning with the changes overnight that we’ve done, it was a huge step.

“The car felt night-and-day from the day before. We just made little adjustments for qualifying. It’s that kind of mentality that is helping us to perform and helping us to improve at the moment. Well done to everyone in both Enstone and Viry, because I think the hard work is paying off on the performance levels so far.”

Every team lapped at least a second slower at the Algarve circuit than they did last year. But only one, AlphaTauri, were over two seconds down on their 2020 time.

Based on the the three tracks F1 has visited so far this year, the cars are on average 1.3 seconds per lap slower than in 2020.