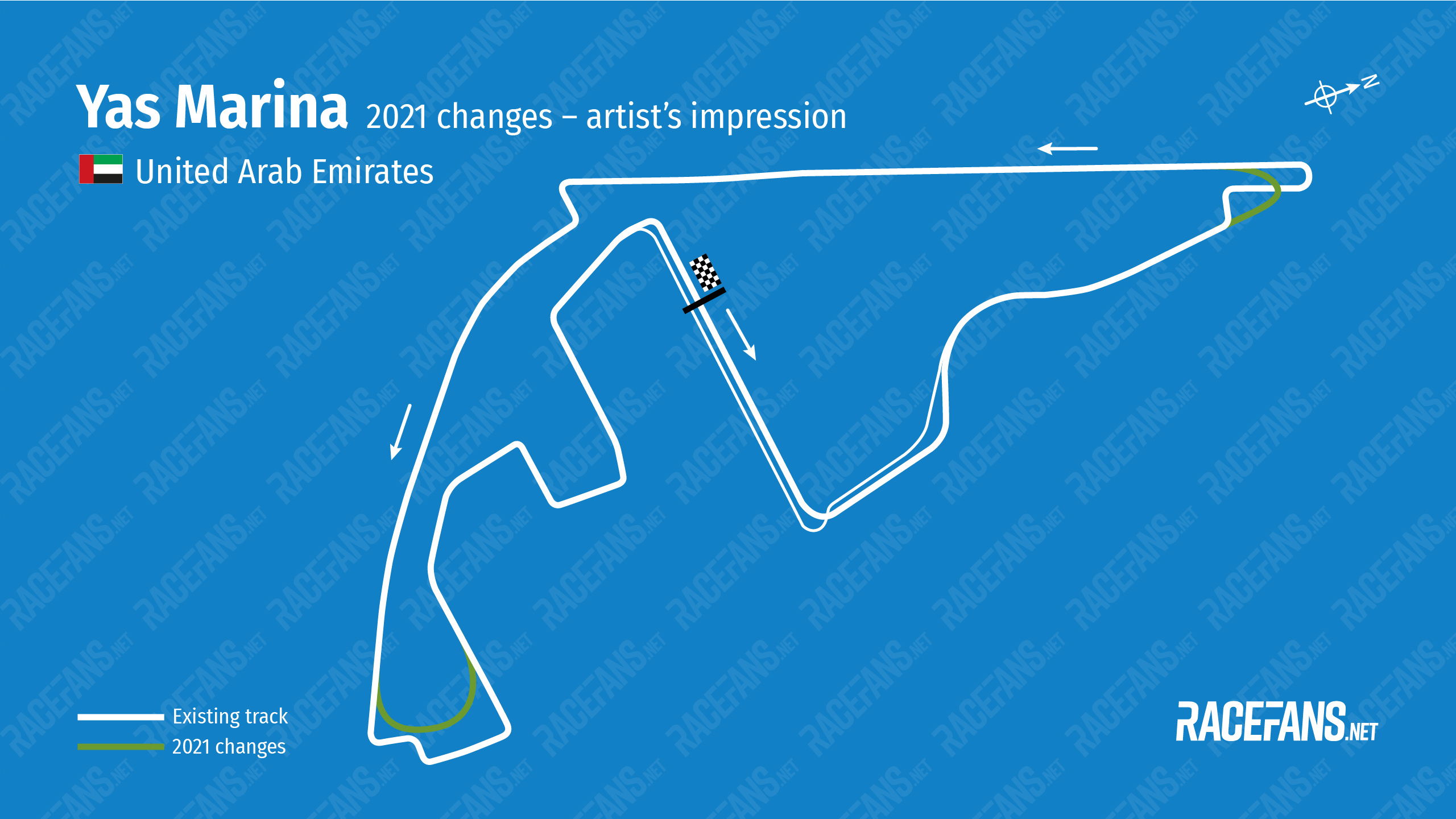 Major changes are being made to two sections of the Yas Marina circuit in Abu Dhabi ahead of the Formula 1 season finale in December.

The circuit owners are understood to have approved plans to aid overtaking at the track by removing two series of slow corners.

The image above, produced by RaceFans, reflects the changes which are being made to the track. Turns four, five and six will be replaced with a single left-handed hairpin, leading drivers onto the first back straight.

Later in the lap the current turns 11, 12, 13 and 14 will be replaced with a single, sweeping left-hand curve. This will also be slightly banked.

The circuit, situated on the purpose-built island of Yas, has been the venue of the final race of the season every year since 2014. However drivers have regularly described it as one of the most difficult circuits to overtake on.

The first changes to the track, which F1 has raced at since it opened in 2009, are likely to significantly reduce lap times. Lewis Hamilton established the course record during qualifying for the 2019 race with a best lap of 1’34.779.

It is the latest in a series of circuits to undergo revisions this year. Last month F1 at the Circuit de Catalunya, which featured a remodelled turn 10. The Albert Park circuit in Australia, which is due to host the 21st round on the calendar, is also being extensively reworked.

With the addition of the new Jeddah Street Circuit as the venue for the penultimate round of the world championship, the final three races of the 2021 F1 season will all take place on new or significantly altered layouts.