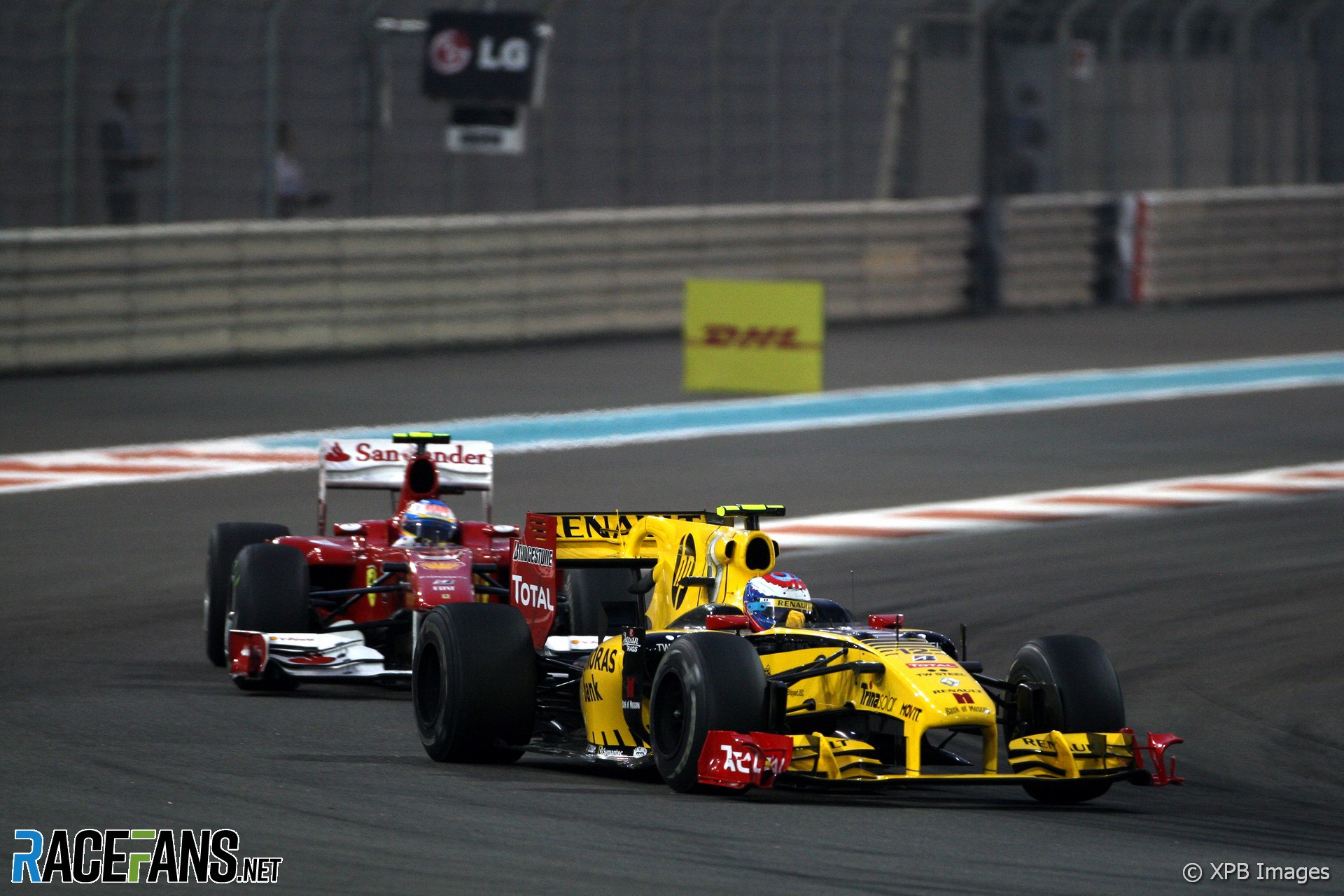 Fernando Alonso is impressed by the planned track changes at Yas Marina, which he expects will make overtaking easier.

As revealed on Monday by RaceFans, six slow corners will be removed from the track ahead of this year’s season-closing race in December. Drivers will face a straighter run into the current turn seven hairpin and tackle a new, high-speed gently banked corner later in the lap. Several other turns have been eased.

“I saw the plan and I think it’s good,” said Alonso. “At least they are trying and they are making sure that we are in a position to have a better show, so I’m happy with the idea.”

Alonso famously encountered the difficult of passing at the circuit in 2010. Driving for Ferrari at the time, he arrived at the race leading the championship, but got stuck behind Renault driver Vitaly Petrov and was unable to pass. He ended the race in seventh place and lost the championship to Sebastian Vettel.

Now driving for Alpine, Alonso is upbeat about the planned changes, and said he looks forward to experiencing them for the first time.

“I think it is going to be better and at least it is going to be different for all of us. So [there’s] that the first moment, that joy when you go into free practice and you have a new layout, there are always some things that you try and it is good.

“And then the second, as I said, it should be better for overtaking.”