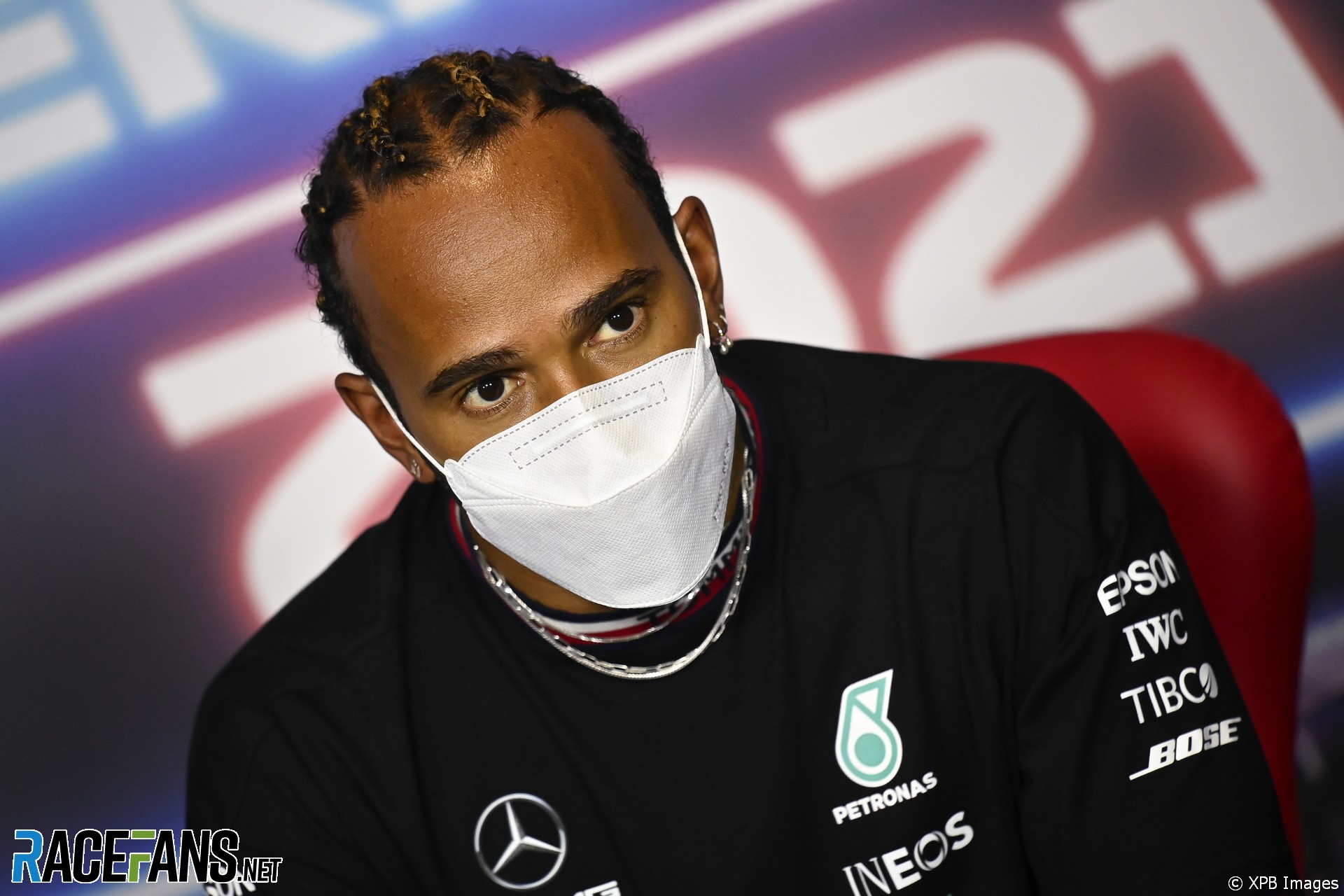 Lewis Hamilton has confirmed he has begun discussions with Mercedes over a new deal to drive for them in the 2022 F1 season.

The seven-times world champion signed the most recent extension to his contract just four months ago, on the eve of the new season. Talks over his 2021 deal were delayed by the late conclusion to last year’s world championship, and the fact both he and team principal Toto Wolff contracted Covid-19 around the time.

As late as December last year Hamilton said he was yet to start talks on his next contract. However he is keen to conclude discussions earlier than last time, and confirmed today talks are already underway.

“We have begun discussions,” he said. “Not a lot to say too much but we have started discussions and things are positive.”

Mercedes is known to be considering whether to replace Hamilton’s team mate Valtteri Bottas with junior driver George Russell, who currently races for Williams. Hamilton made it clear he believes the team should stick with the same line-up.

“Valtteri is my team now and we’ve both of us had our ups and downs in our careers,” he said. “But as I said, I think he is a fantastic team mate and I don’t necessarily see that it needs to change.”