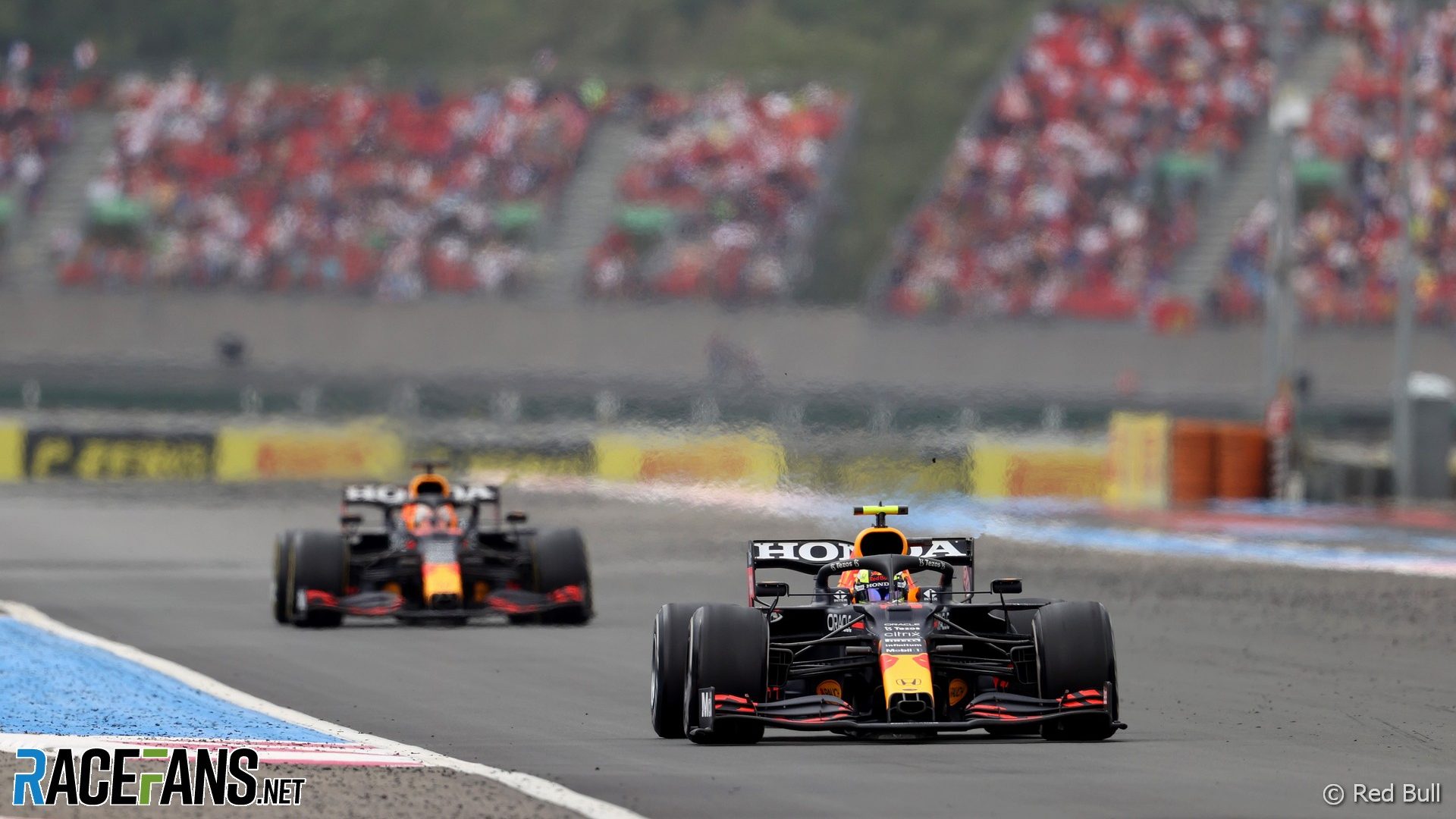 Sergio Perez says his team mate might not have won the French Grand Prix if he hadn’t let him pass immediately when the pair met on track during the race.

Red Bull brought Max Verstappen in from the lead for an extra pit stop to guard against the threat of Mercedes trying to attack them using a two-stop strategy. Verstappen emerged from the pits behind his team mate, but Perez was quick to let him through.

“It’s important to always deliver to your maximum and for the team as well,” said Perez. “I knew that Max was arriving and it was critical for him not to lose any track time.

“Also for me – because he was on a different strategy so I was going to let him by – but it was critical that both of us lose as little track time as possible.”

Verstappen lost no time at all getting past his team mate. This ultimately proved critical, as he only caught and passed race leader Lewis Hamilton on the penultimate lap.

“In the end I ended up losing about a second and a half in that lap, Max didn’t lose anything, which was good, at the end a second or two can make a huge difference for the team,” said Perez. “So at the end of the day I’m here to do the best for myself but it also benefits the team.

“I think Max would have done the same for me if it was the other way around so I see no reason why to do it any differently than to maximise the full potential of the team.”

Last weekend’s race was Perez’s seventh since joining Red Bull. Verstappen said he has been a “great team mate” so far.

“Everything is going really well. Of course, I knew Checo before, but not as a team mate so of course it’s a little bit different. But I think so far it’s been great and to be able to now work together up front to get the best results for the team is what you want.

“So for sure I would want that to continue. He is a great team mate and we can have a lot of fun as well, we don’t need to always talk about cars and set-ups and stuff.”

Having Perez alongside has helped the team take the fight to Mercedes now it has a more competitive car, Verstappen added.

“Before we didn’t have the car to fight them so you could do what you want: make a three stop, put the rear tyres on the front, nothing is going to change.

“Now we have the car to really fight them and of course then it’s super important to be up there with two cars. And that’s exactly what we have been doing now and Baku and Paul Ricard. So it’s going to be crucial for the constructors as well to keep this up until the end of the year.”