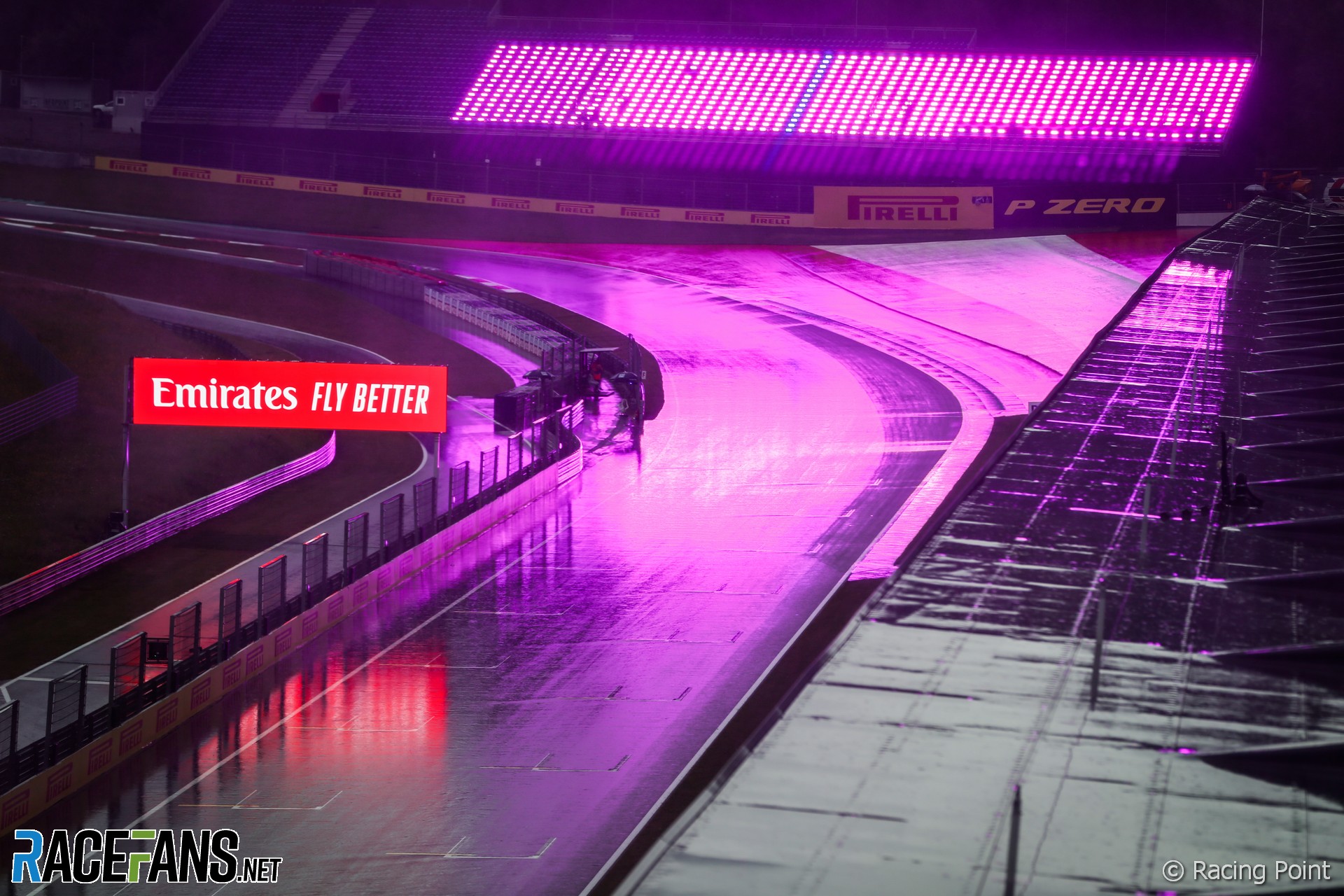 Weather conditions for the first of Formula 1’s two consecutive races at the Red Bull Ring are likely to be on the cool side, with a high chance of thunderstorms and rain early in the weekend.

The two races carry the same titles as last year but the order has flipped, and this weekend’s Styrian Grand Prix is the first of the two. It is expected to see similar temperatures to last year’s race weekend.

The beginning of track action on Friday will see temperatures drop dramatically compared to the previous day, from the high 20s to 21C. There is a chance of regular thunder showers in the afternoon and an 80% chance of rain during the second practice session.

Spielberg is in the foothills of the Alps, where summer thunderstorms are common but usually come late afternoon. The first W Series qualifying session of its new season could also be disrupted – the chance of rain then is nearly 90%.

Saturday looks like it could go either way at the moment. Similar temperatures are expected but the risk of rain is in ‘hedge your bets’ territory – 40% for final practice and qualifying.

There will be an improvement in the conditions for race day, however. The threat of rain is much lower, and it will be a warmer day too, with temperatures nudging around 25C. A significant amount of cloud cover is expected to remain, nonetheless track temperatures in the mid-to-high 40s could be quite a bit higher than teams encounter earlier in the weekend.

Last weekend’s French Grand Prix saw the field mixed up by unexpectedly low track temperatures on race day. Teams have the exact same tyre compounds for the first round of Austria’s double (softer rubber is planned for next week) and may find they once again have to cope with very different race day conditions compared to what they practised on.

For more updates on the track conditions during each session keep an eye on RaceFans Live and the RaceFans Twitter account.