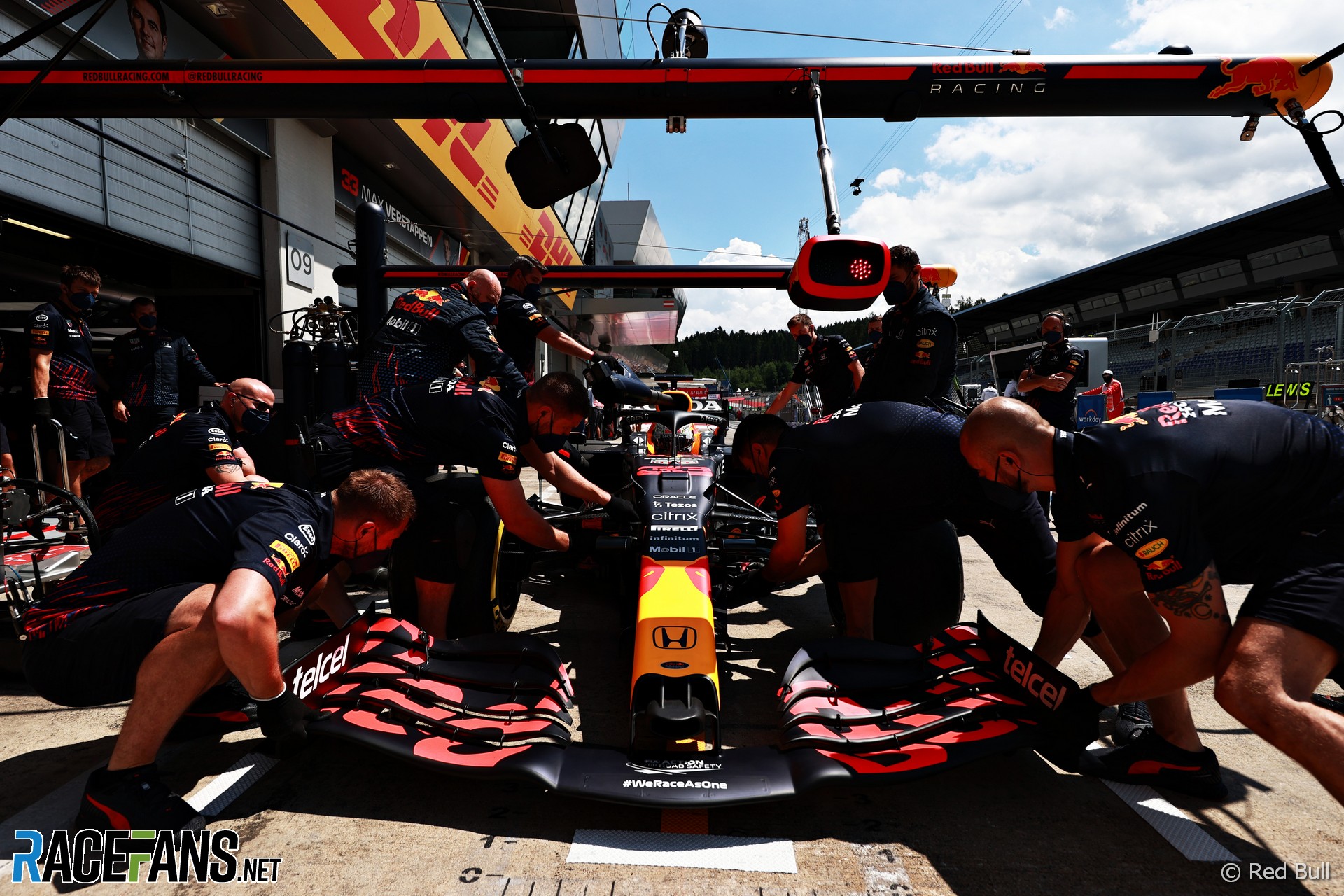 Red Bull CEO Christian Horner believes new regulations on pit stops have been introduced to take away part of his team’s performance advantage.

The FIA has issued an updated technical directive to teams stipulating new steps they must take in order to ensure their cars are not released from the pits before all their wheels have been fully tightened. It will come into force at this weekend’s Hungarian Grand Prix.

Horner, whose team has performed the fastest pit stop in five of the seven races so far this year, believes the new rules are unnecessary.

“The technical directive is certainly very wordy and you almost have to question whether it’s a change of regulation,” he said. “I suppose that we have been very competitive, we’ve got the world record on pit stops, we’ve had the majority of fastest stops and it’s not by accident. And I find it a little disappointing.

“It’s the duty of the competitor to ensure that the car is safe and the penalty for a wheel not being fixed is you have to stop the car immediately so it’s a brutal punishment if you haven’t got all four wheels securely and safely fastened.

“So what the technical directive is trying to achieve I’m not quite sure because I think there’s an awful lot of complexity to it. Of course when you’re in a competitive situation then if you can’t be beaten then obviously the most logical thing is for your competitors are trying to slow you down and that’s obviously what’s happening here.”

Recent rules changes regarding rear wings and tyre pressures have also been seen as targeted at Red Bull. Following the team’s victory in last weekend’s French Grand Prix, Horner said his team had disproven claims their performance was due to either.

He believes the latest rules change is the latest in a series of measures aimed at the team. “You can see there’s an awful lot of pointed activity in our direction in the moment. That comes with the territory of being competitive.

“An awful lot of energy is going into trying to slow the car down which is what obviously happens in a competitive business. It’s something we’re used to but I’m not losing too much sleep about it.”

Horner is unconvinced whether the latest change to pit stop rules will improve safety, and suggested it could even pose a new hazard.

“To have to hold the car for two-tenths of a second, you could almost argue it’s dangerous because you’re judging your gaps, the guy that’s releasing the car is having to make that judgement. I think that it’s not been well thought through.

“Formula 1 is about innovation and competition. Seeing pit stops sub-two-seconds is a remarkable feat and we should be encouraging it, not trying to control it. Otherwise where does it stop? We’re going to be told which way to walk into the garage, where we should sit on the pit wall and which buttons we should press, I guess.”