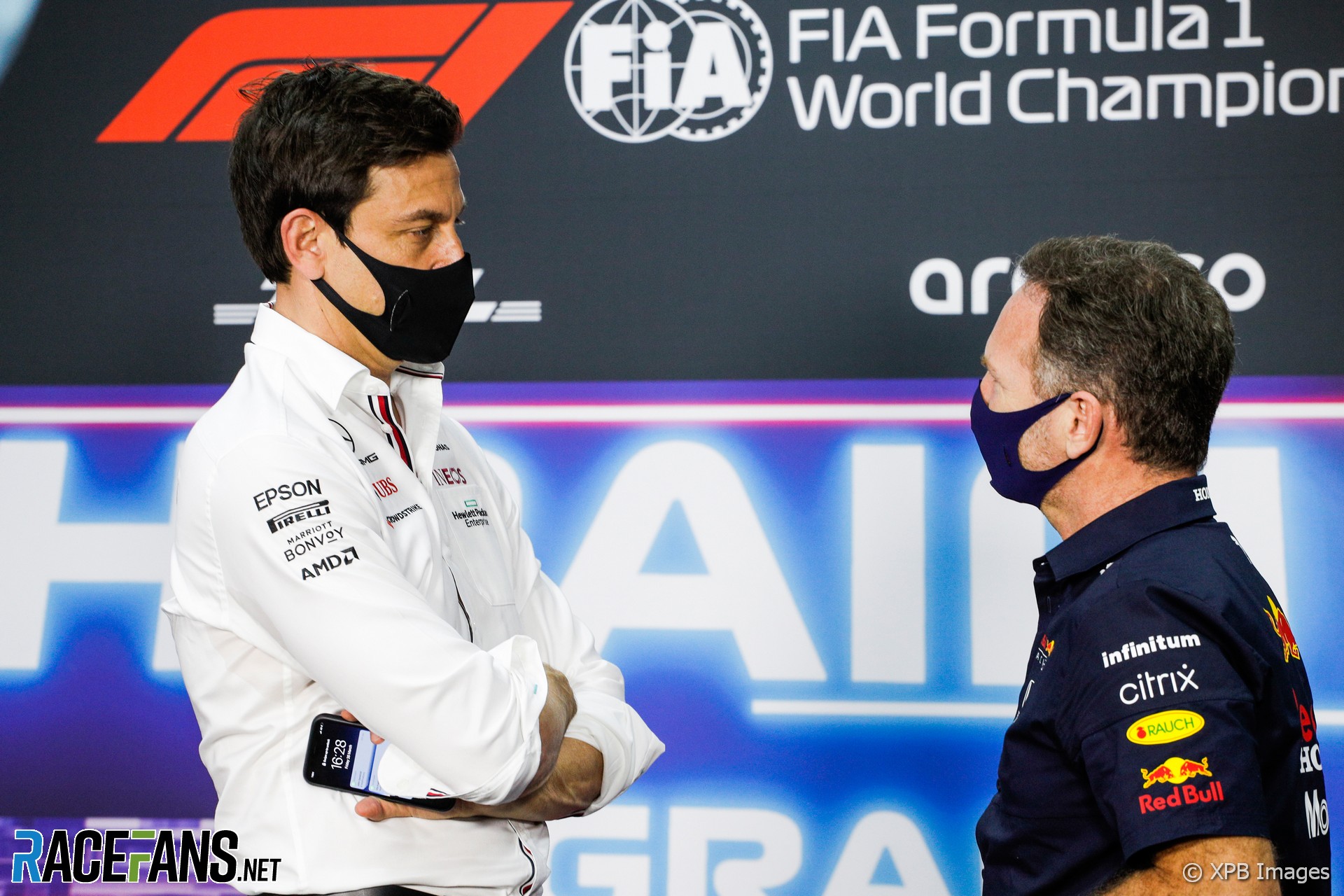 Mercedes team principal Toto Wolff’s indication the team would not bring any further updates to its car this season was met with a sceptical reaction by his opposite number at Red Bull, Christian Horner.

Now Horner’s suspicions have been confirmed as Mercedes’ chief technical officer confirmed they will indeed bring new parts to their car this year.

Speaking after Sunday’s Styrian Grand Prix, Wolff was asked whether the team “basically don’t have any development to come this year?”

“It is a very, very tricky decision because we are having new regulations not only for next year, but for the years to come,” he explained. “It’s a completely different car concept. And you’ve got to choose the right balance and pretty much everybody is going to be on next year’s car.

“Some may still bring stuff, I mean, Red Bull both trucks or vans Thursday and Friday with new parts. And fair enough, it’s a strategy and one that proves to be successful as it stands, because today they were simply they were simply in a league of their own, pace-wise.”

Lewis Hamilton, who finished a distant second to Red Bull’s Max Verstappen on Sunday, underlined the team’s claim it does not intend to add new parts to their car.

“I’m not going to question the team’s logic and how they go through with their process,” he said. “We would love an upgrade, but I don’t think it’s in the pipeline at the moment.”

But Horner cast doubt on his rivals’ claim they will not bring any new parts for the team’s W12 over the remaining 15 races.

“What Mercedes do is very much their business, so we just focus on ourselves,” he said. “We know that Toto loves to throw the light somewhere else.

“I cannot believe that they’ll go through the rest of this year without putting a single component on the car. All we can do is focus on our own job. Of course it is a balancing act between this year and next year but if that means we’ve all got to work a bit harder, then the team’s fully up for it.”

But speaking to the official Formula 1 website, Mercedes’ chief technical officer James Allison revealed they do have new parts coming for their car this year.

“What Toto points out is that next year’s rules are a big and hairy affair and they demand a huge amount of our attention, and so most of the focus of our factory has switched over to the performance discovery for next year,” he said.

“So there’s some more aerodynamic change in the offing, a little bit of [power unit], we hope, on the delivery side and just a few things that are not quite as tidy as we would wish that we still have an opportunity to put right while this season is still very much alive and hot.”