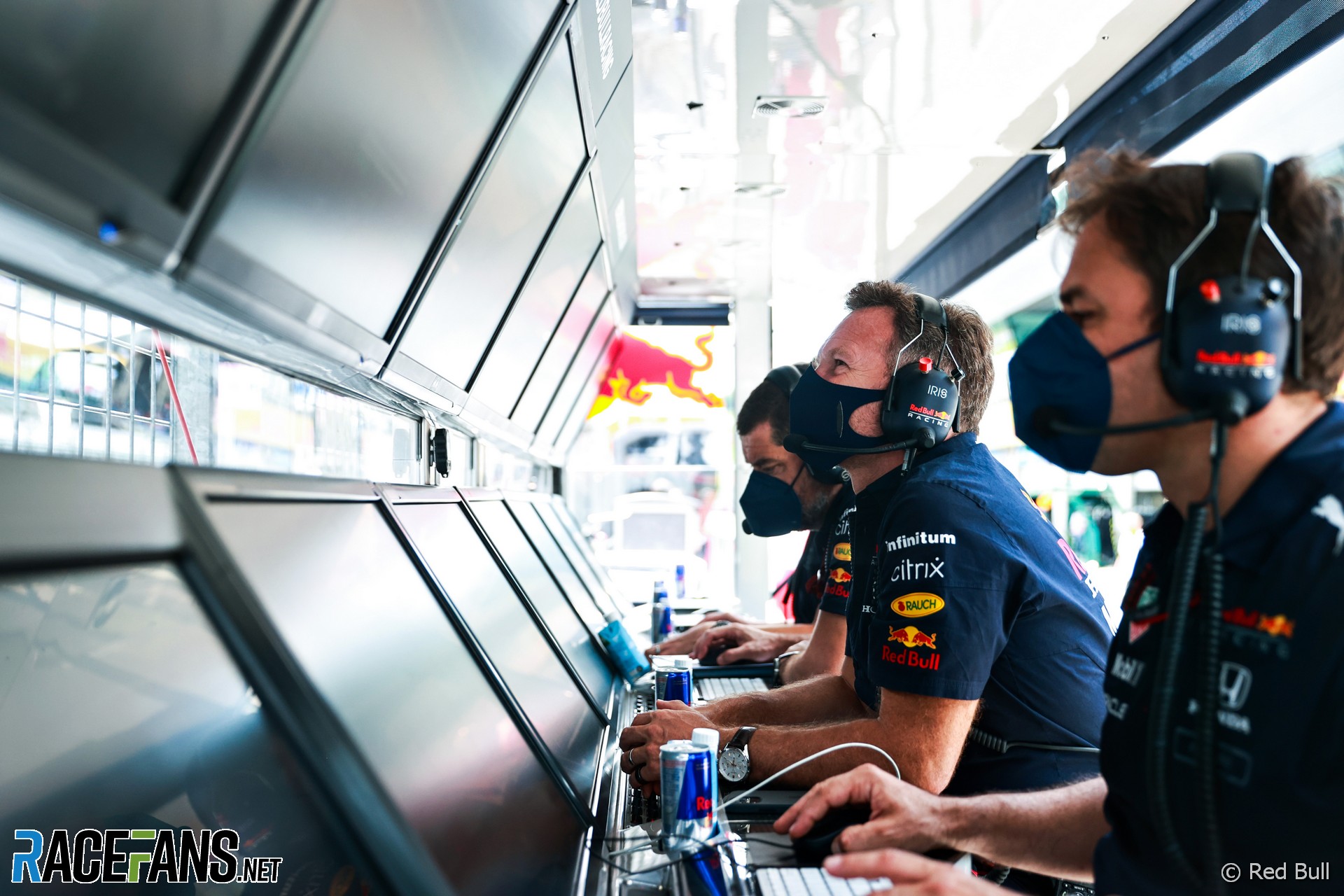 Formula 1 teams are less willing to complain about their rivals because they know their messages may be broadcast on television, race director Michael Masi believes.

Communications between drivers and teams have been played during races for years. However radio traffic between the race director and the teams was only opened up for the first time earlier this season.

The innovation debuted at the Spanish Grand Prix, where Mercedes team principal Toto Wolff was heard complaining to race director Michael Masi that Lewis Hamilton was being held up by Nikita Mazepin.

Further messages have been broadcast from other teams over the past five races. However Masi believes teams are becoming more selective in their communications with him because they know they could be shared with the watching world.

“Each sporting team, and it’s no different in F1, will utilise the radio knowing that it’s there,” said Masi. “It’s been there for many years, obviously it’s just broadcast now.

“If anything, now that the teams know that it’s broadcast, it’s actually probably reduced the radio traffic in race control and, from a team’s perspective, making them probably think twice before they ask a question.”

During the Austrian Grand Prix weekend Wolff accused McLaren of exaggerating the degree of danger which occured when Valtteri Bottas spun in the pit lane. McLaren’s team manage Paul James was heard telling Masi the Mercedes “could have taken our guys out there, and the pit wall.”

Wolff dismissed the “Armageddon scenario” which had been described to Masi. “It’s good that these channels are now opened up so we can all have a laugh,” he said.

Masi said the incident would have been investigated irrespective of whether any team had complained about it.

“In those types of situations, when incidents like that happen, we go straight up on the screen and put that it’s ‘under investigation’ or ‘noted’ or whatever it may be to tell everyone in the pit lane what’s happening. But to be fair with what that incident was, even if McLaren hadn’t said anything, I would have asked the stewards to investigate that.”

The discussions between Masi and the teams do not factor into stewards’ deliberations, he added. “The stewards don’t actually hear any of those communications between myself and the teams, and don’t hear the commentary of the races either. So they’re not aware of that side of it in any way, shape or form.”