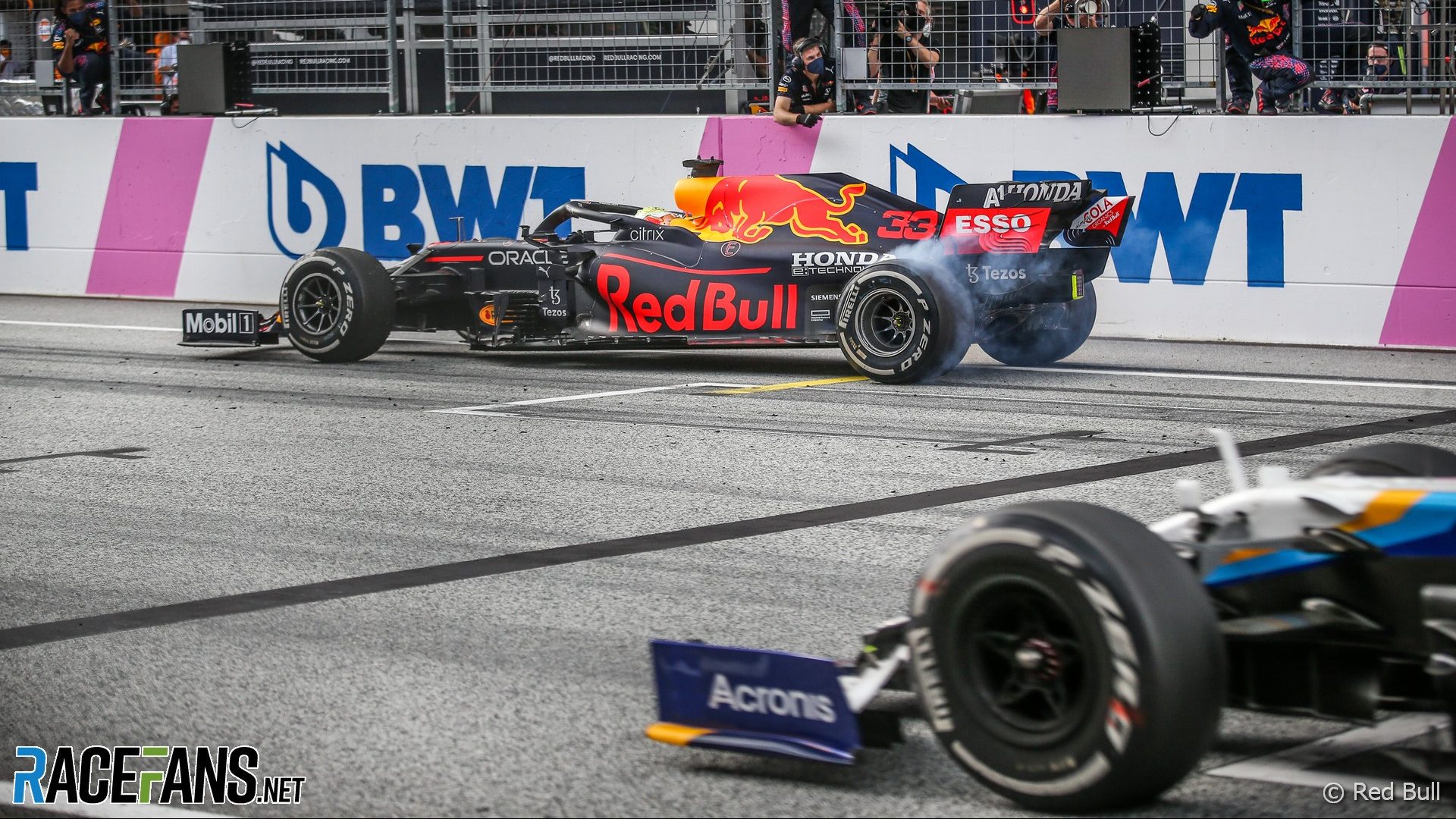 Max Verstappen says he took care to ensure he didn’t jeopardise anyone’s safety with his post-race ‘burn-out’ celebration at the Styrian Grand Prix.

The Red Bull driver stopped briefly in front of his team members after winning last weekend’s race and spun his rear wheels as he drove away. FIA Formula 1 race director Michael Masi told the team a repeat “would not be tolerated” in future as it was considered a potential safety risk.

Verstappen joked he would “try to do a doughnut next time”. He said he would comply with the FIA’s order in future but believes he acted safely at the time.

“I understand of course about safety but I looked in my mirror, went all the way to the right, took it easy, everyone was on the left. I just did a burn-out. Okay, if it’s not allowed, I won’t do it again.

“At the time I thought it was really funny and safe but of course I understand they don’t want to see this happening again, which is fine for me.”

Nicholas Latifi, who hit a stationary car by the starting line at the same circuit six years ago, was the first driver to pass Verstappen’s car as he slowed.

“When I was coming to the finish line, I saw Max pulling to the inside to celebrate with the team like most drivers do. So I just make sure to stay as far to the left as possible.

“I guess in general, just as a rule of thumb, it’s probably not the best thing to really slow down that much.”

Latifi was unhurt in his huge 2015 crash with Roberto Merhi in Formula Renault 3.5. The Williams driver said the incident showed the potential danger involved.

“Obviously in [Verstappen’s] situation there was no cars directly behind him that were racing and obviously that wasn’t the situation all those years ago in 2015. I was racing with another car quite close and as a result, I kind of had my eye in the mirrors and was not expecting a car to be stopped right in front of me on the grid.

“So obviously, it can end very badly, as we saw back in 2015. I think it just has to be a bit of a compromise in that sense.

“Michael thought it was dangerous, so I don’t think a lot of other cars will be doing that in the future. So it’s probably best to not slow down that much.”