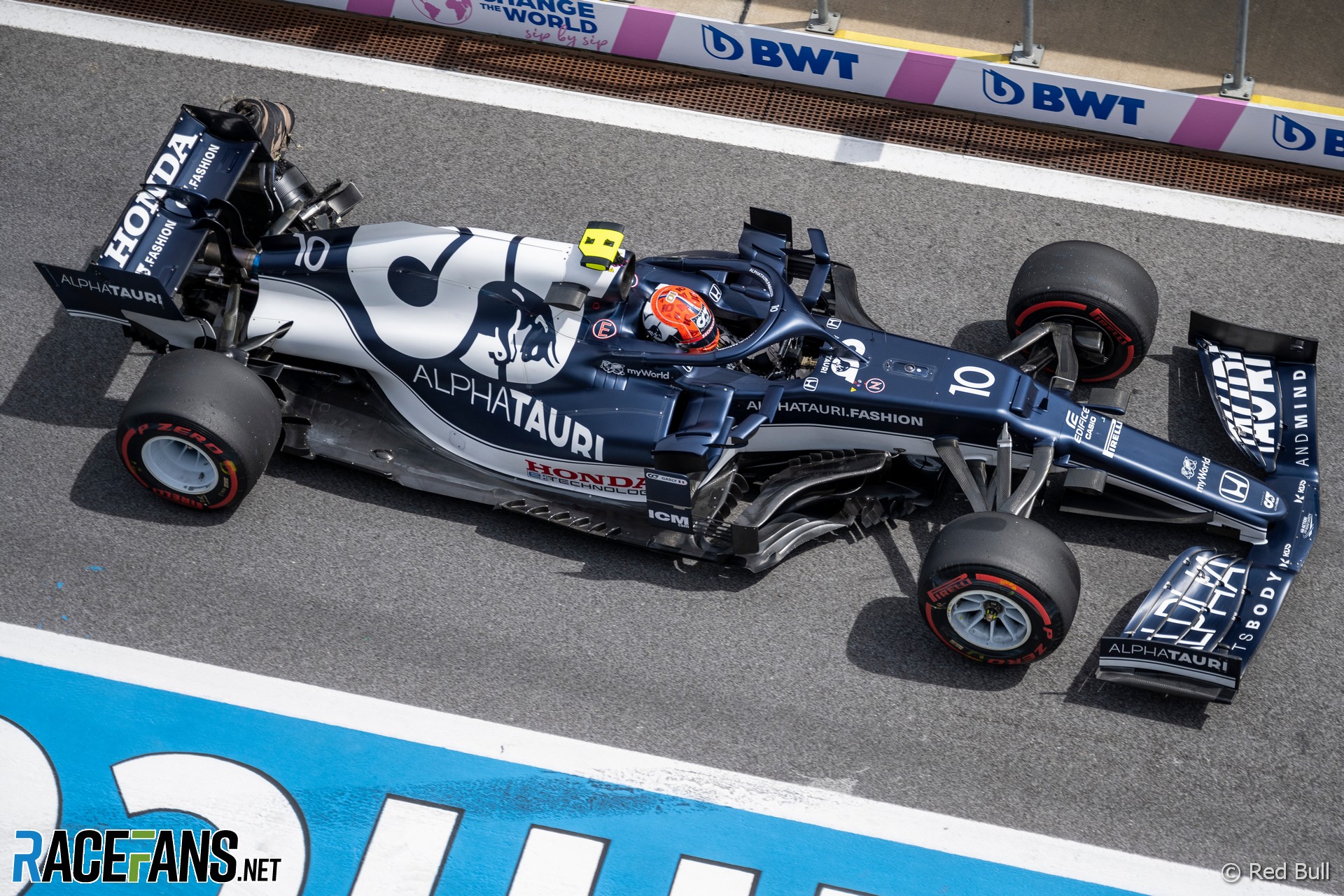 Pierre Gasly intends to speak to Formula 1 race director Michael Masi about why there was no investigation into his race-ending collision with Charles Leclerc.

The AlphaTauri driver retired at the end of the first lap in last week’s Styrian Grand Prix after picking up a puncture when Leclerc touched his left-rear tyre. Leclerc suffered front wing damage and had to pit, but went on to finish seventh.

“I must say I was a bit surprised at the time that there was no further investigation,” said Gasly.

He pointed out Mercedes driver Valtteri Bottas was given a three-place grid penalty earlier in the weekend for an incident which occured during practice and did not affect any of their rivals.

“Obviously it wasn’t done on purpose, it’s not something Charles deliberately did, but for sure it had quite a big consequence on my race.

“Especially after seeing Valtteri getting three grid [place] penalties for losing control of his car in the pit lane, but not really affecting anyone else’s race, this which obviously had an impact on my race, I must say I was a bit surprised.”

Gasly acknowledged that no penalty for Leclerc during last week’s race would have benefited him.

“At the end of the day I just care about my own race and it would have not changed anything on that side. But just something we’re probably going to talk with Michael.”

“The clear thing is it would not have changed my race,” he added. “I think the damage was already done. In the end it doesn’t really matter to me.”

Following the contact on lap one, Gasly slowed with his puncture and was involved in further collisions with Antonio Giovinazzi and Nicholas Latifi at turn three. Masi said last week all the incidents were examined together and considered not worth investigating.