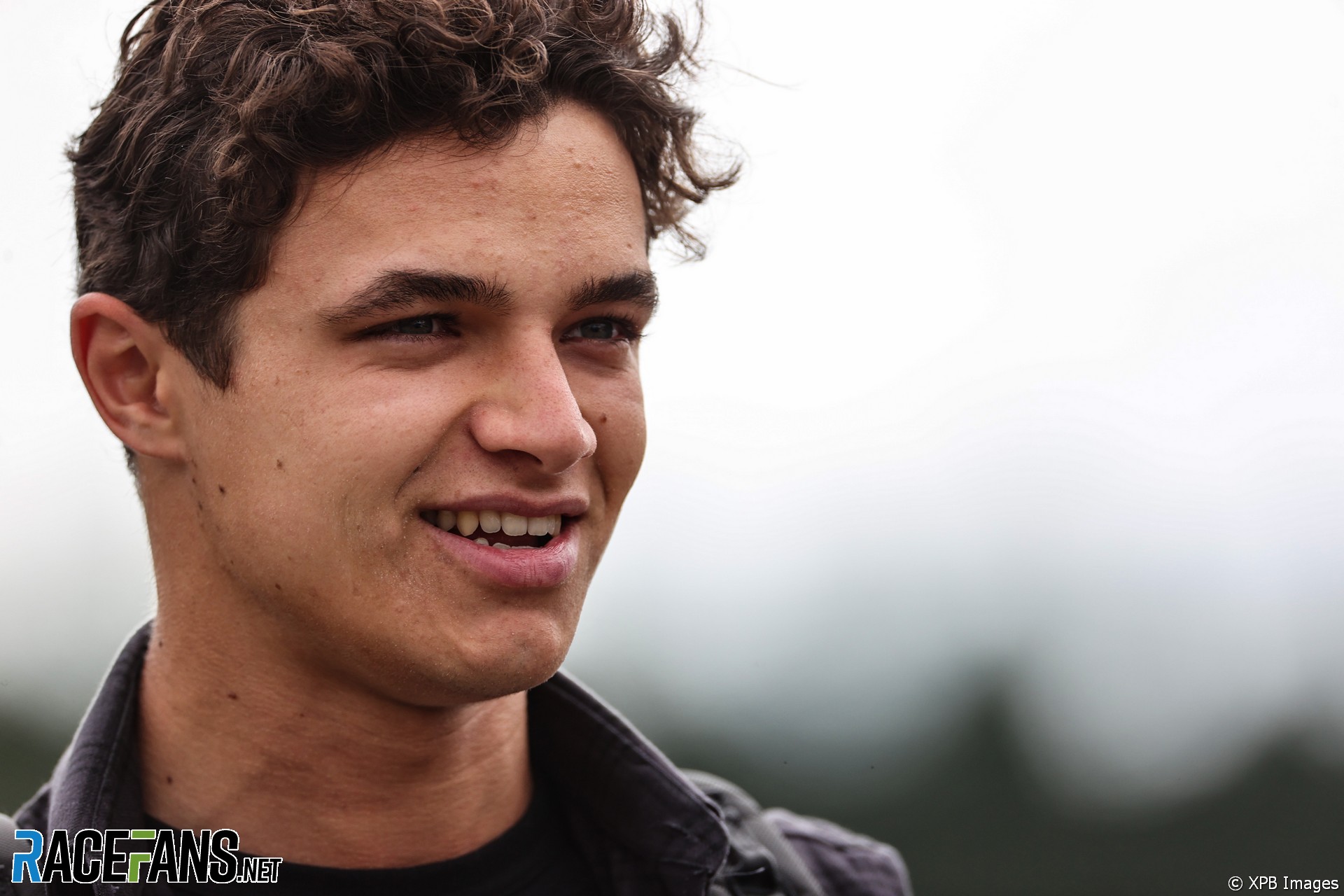 Lando Norris says he is driving far better this year than in 2020, and doesn’t think “there’s been any missed opportunities” with his season.

The McLaren driver has finished fifth in the past three grands prix, and notched up a third career podium in the Monaco Grand Prix preceding those races, which means he currently sits in fourth place in the championship points table.

He was level on points with fourth place after eight races in the 2020 season, but feels his current position has only come after progress from both himself and McLaren.

“I think I had moments last year where I was doing as well as I have done this year. But just more inconsistently, I’d have one like this but then follow it up with a not so strong one or just make some silly mistakes and things.”

If Norris finishes in the top five this weekend, it will be the first time he has achieved that five races in a row.

“The main thing I’ve done well this year is just having the consistency side of it. I don’t think there’s been any missed opportunities anywhere, maybe in qualifying, you could say I could have been one or two positions ahead like in Imola.”

Norris’s best qualifying result of third has twice been achieved the Red Bull Ring, where he will be racing this weekend. He could have matched it at Imola’s Emilia-Romagna Grand Prix in April, only to be ”surprised” by having his fastest Q3 lap deleted for a track limits violation. When it comes to the races, he can’t recall any “big” errors in 2021.

“In terms of race performance, there’s never been anything big. So I’m happy with how I’ve been doing, I don’t think I ever get ahead of myself and I get too confident or too cocky or anything like [that]. I always want more, so I’m never satisfied with what I’ve done.

“I always believe there’s potential to do better in myself in everything. Even when it’s a great lap like last weekend.”

Norris qualified third for last weekend’s Styrian Grand Prix, but said “there was potential” with a perfect lap and a review of the data “to be ahead of both the Mercedes and a bit closer to Verstappen”, something he has not yet managed to do this year.

This article will be updated