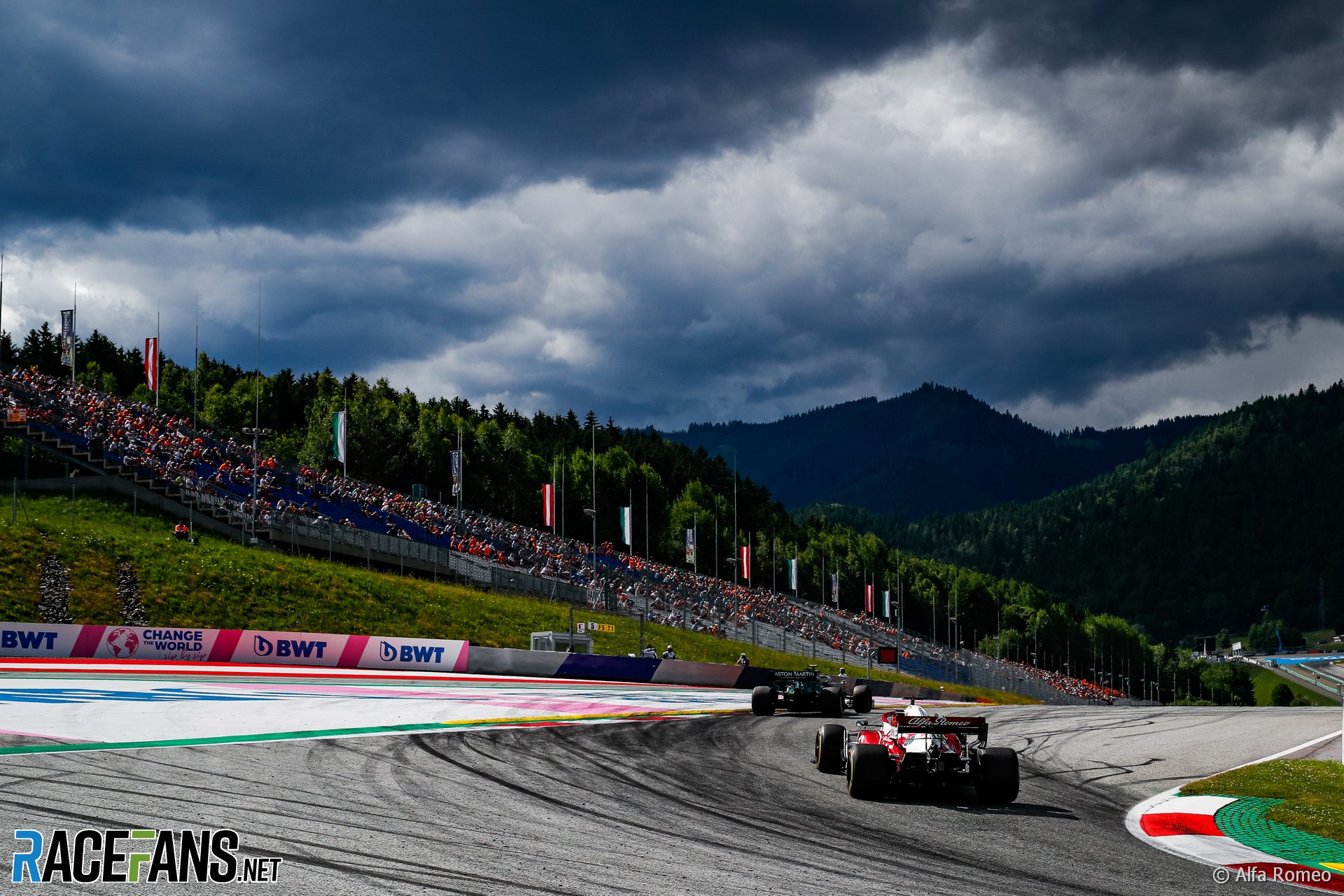 In 2020 the Red Bull Ring saw very different conditions over its two consecutive races. But that seems unlikely this year.

A largely dry season-opener in Austria 12 months ago was followed one week later by a deluge which disrupted Saturday’s running so badly it seemed as one stage that the results of second practice might decide the grid.

Last weekend there was a constant threat of rain, with thunderstorms promised in the afternoon or evening each day of running. Virtually none materialised during the track action: Second practice on Friday saw a few spots and a shower two days later, a quarter of an hour after Max Verstappen took the chequered flag first.

A similar scenario is not unlikely this weekend. Thunderstorms are possible on Friday and Sunday afternoons but the chances are no higher this weekend than last.

Ambient temperatures are set to be similar, too, consistently across the mid-20s.

Cloud cover will be significant, as last weekend. Track temperatures were substantially lowered by cloudy weather during the overcast sessions, which look set to be all of them apart from final practice and qualifying.

This will have an important effect on tyre management as teams will use rubber which is one stage softer than last week. Friday running will be under heavy cloud cover and Saturday will see more regular sunny breaks. But Sunday is the most significant day in this respect, and how the forecast develops between now and then will be closely monitored by teams.

As it stands, while air temperatures will be similar from Saturday to Sunday, the race is set to start under thick cloud. This will following a sunny morning, so track temperatures could be falling by the time the F1 cars take to the grid.

For more updates on the track conditions during each session keep an eye on RaceFans Live and the RaceFans Twitter account.