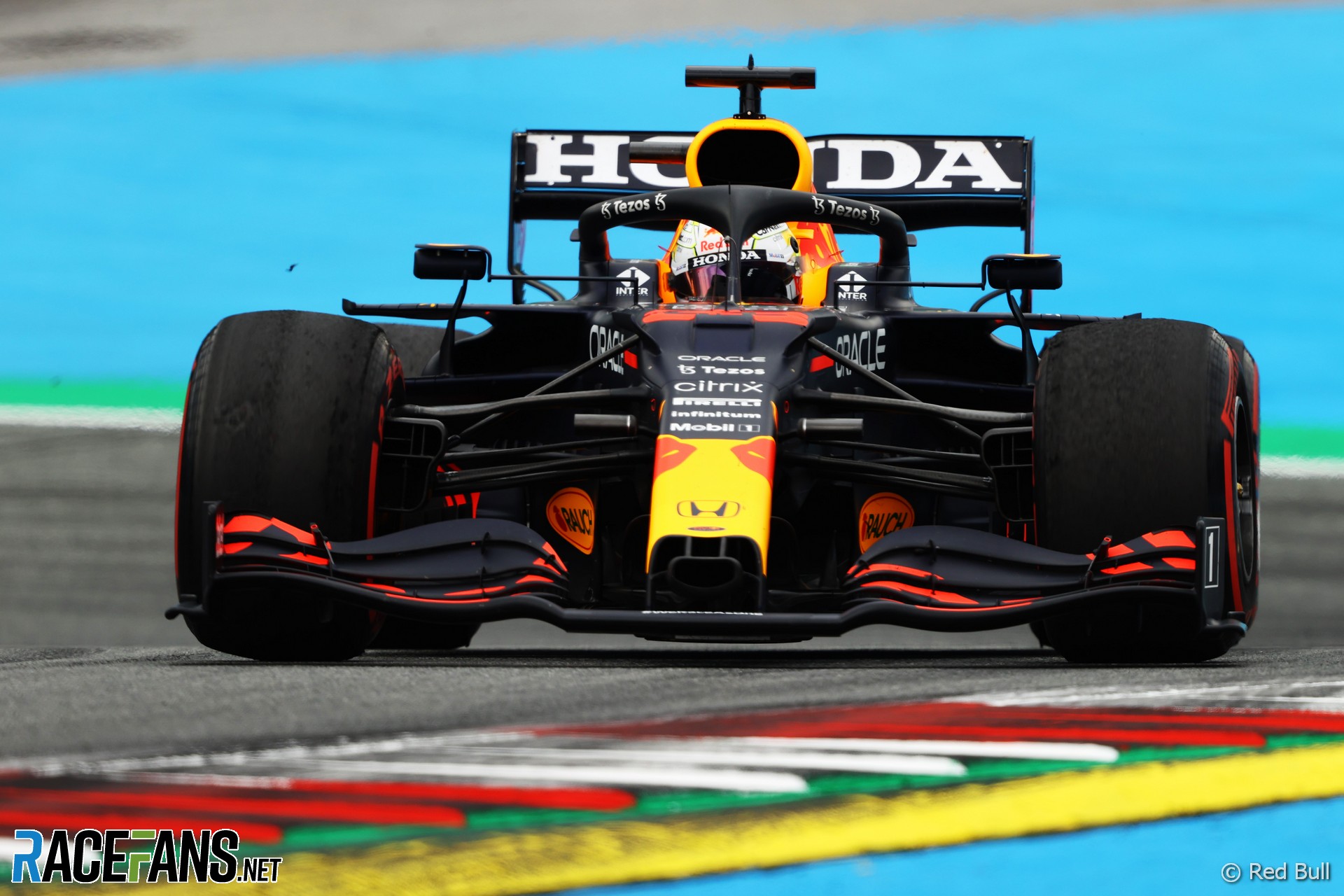 At the first race of 2021, Red Bull sent Mercedes a clear warning. Max Verstappen put his RB16B on pole position with a lap 0.388 seconds faster than Lewis Hamilton could manage.

Mercedes were much more competitive over the races which followed. But in the last three rounds Red Bull have forged ahead again.

Nonetheless Hamilton is adamant Red Bull have made a significant step forwards. “The start of this season, when the cars were so close in performance, pretty much equal, then it was really the most one of the most exciting times I’ve had for some time to be able to have this battle with Red Bull,” he said yesterday.

“Honestly, I was really hoping that it would continue on like that through he rest of the year. But as you’ve seen, they’ve taken a huge leap forward.”

How accurate is that characterisation of Red Bull’s progress? It’s clear that in relative terms that this weekend they do enjoy their greatest advantage over Mercedes so far this year. Mercedes’ best effort is 0.461% slower than Red Bull’s compared to 0.436% in Bahrain.

Presumably Hamilton still sees the French Grand Prix as the timing of that “great leap forward”. Over the five preceding races the difference between the two teams’ fastest laps was typically no more than 0.1% – Red Bull’s spike in Portugal is explained partly by Verstappen having his best qualifying time deleted.

A swing of around 0.3% in Red Bull’s favour occured after then – whether down to fresh power units, new lubricant, aerodynamic tweaks or other changes. It appears to have been amplified this weekend by Mercedes’ relative weakness on the softest compound tyres, which McLaren’s Lando Norris also took advantage of, putting them second-fastest.

The key question for the championship is whether that deficit is recoverable for Mercedes. A lot is riding on their upgrade package for Silverstone, which they have indicated will be their last of the season.