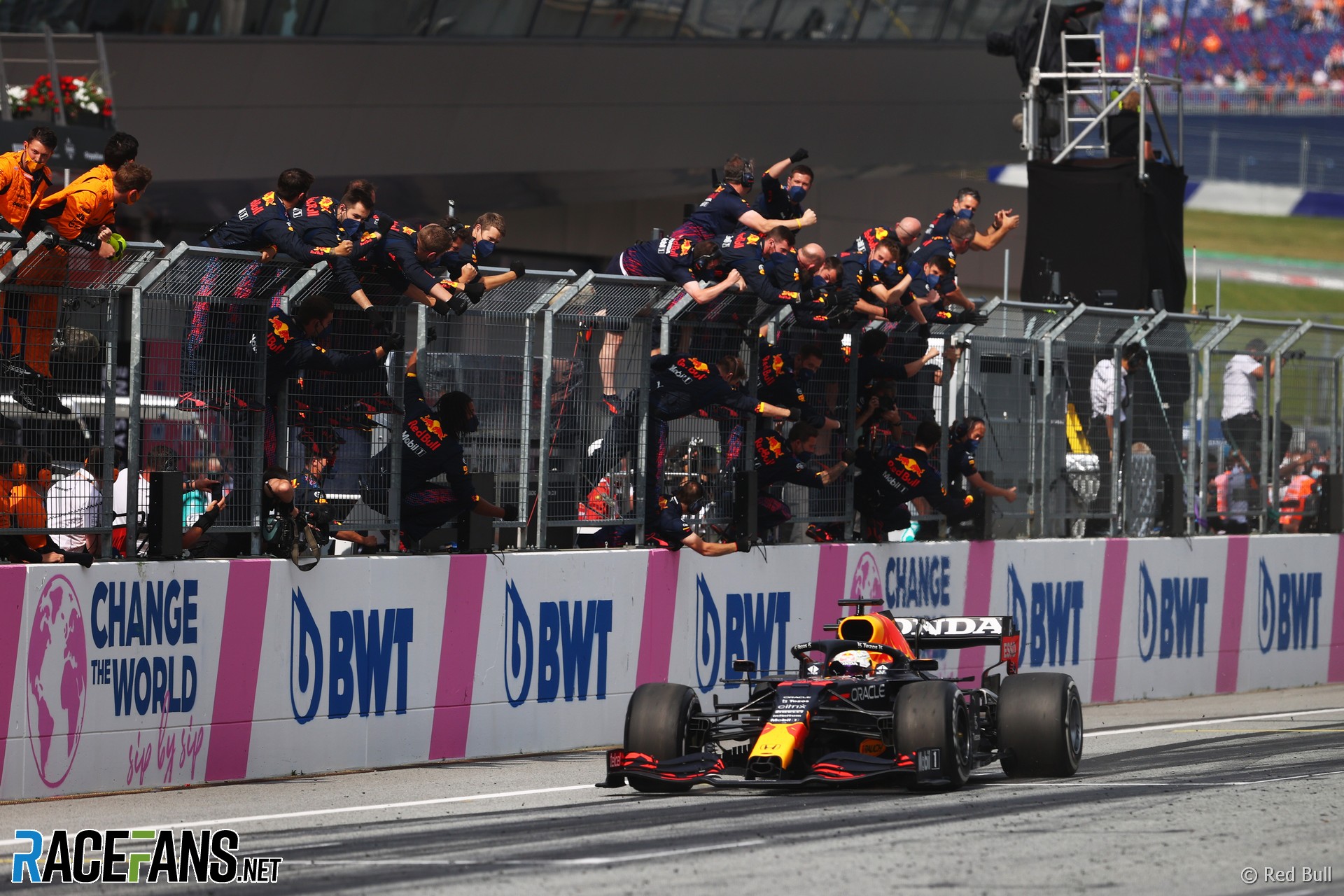 Max Verstappen extended his lead in the drivers championship by taking his fifth win of the season in the Austrian Grand Prix.

He bolstered his championship lead on a difficult day for rival Lewis Hamilton, who came in fourth after losing time with damage.

The pair were separated by Valtteri Bottas, who Hamilton allowed by into second place on lap 52, and Lando Norris, who claimed a podium finish after an eventful race which included a five-second time penalty.

Norris was sanctioned for an incident with Sergio Perez on the third lap of the race which sent the Red Bull driver into the gravel trap at turn four. Norris served his penalty at his pit stop, and finished the race with Bottas in his sights.

Perez later collected a pair of identical penalties for similar incidents involving Charles Leclerc. Although he took the chequered flag in fifth, his two five-second penalties dropped him behind Carlos Sainz Jnr, who Leclerc waved past earlier in the race.

Daniel Ricciardo added to McLaren’s points haul in seventh ahead of Leclerc. Pierre Gasly pitted twice on his way to ninth, while Fernando Alonso denied George Russell a point by passing the Williams driver with three laps to go.

Yuki Tsunoda fell foul of the stewards twice on his way to 12th place, picking up a pair of penalties for cutting the pit lane entry line. Lance Stroll and Antonio Giovinazzi behind him also collected penalties for other infringements on a busy afternoon for the stewards.

The day’s only retirement was Esteban Ocon, who suffered front-right damage at turn three on the first lap, retiring on the spot.