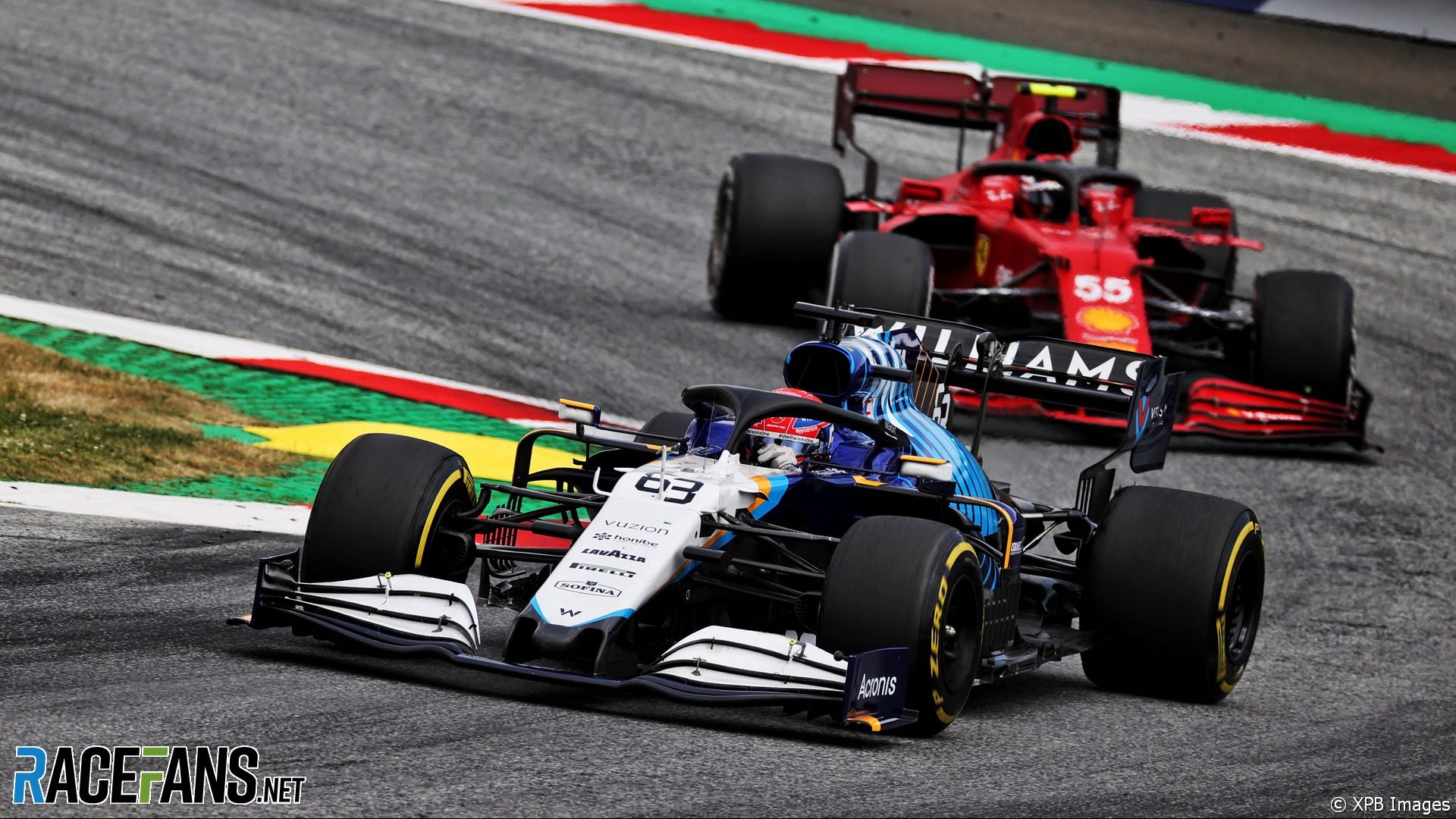 In the round-up: Williams will not be as competitive at Silverstone as they were at the Red Bull Ring if conditions are windy again, the team’s CEO Jost Capito says.

Williams form may not continue at Silverstone

George Russell scored Williams’ best qualifying position for four years last weekend. However the Silverstone circuit, which is built on the site of a former airfield, often sees windy conditions which would not suit the team’s car.

Capito said “it’s very difficult” to predict how competitive the team will be at its home race. “It’s very dependent on the on the weather conditions.

“Everybody knows by now that our car is very tricky in windy conditions and Silverstone is known that it can be very windy. I think if it’s very windy, we might struggle. If it’s not that windy then we might have a chance to be somewhere close to where we were here.”

IndyCar will continue racing at the 6.45-kilometre Road America circuit after agreeing a new, multi-year deal. The six-kilometre track joined its schedule in 2016, having been a popular venue during the days of the CART Indycar championship.

A report commissioned by the FIA claims the motorsport industry is worth €160 billion (£137bn) worldwide and is responsible for 1.5 million jobs. It also involves the work of 302,000 volunteers, such as marshals.

“This is remarkable and it demonstrates that our sport efficiently contributes to the rebound of the economy in Covid-19 times,” said FIA president Jean Todt.

can’t get enough of the Red Bull Ring 😎

here’s a video of our AT02, but with black rims and 18 inch tyres 👌 pic.twitter.com/goprBDqAqK

Racing cars should make no concessions to performance. I can't help but look at that badge on the front of the new Peugeot Le Mans Hypercar and wonder if its aerodynamics have been sacrificed in the name of branding. Otherwise, it's pretty hot. pic.twitter.com/4yAdFuyPXY

"The first thing we have to do is get someone to say ‘yes.’ We’ve got a couple of people haven’t said ‘no,’ yet. So, I think that’s, that’s a positive."

Bernie Ecclestone says he wouldn't replace Russell with Bottas, who has been a 'loyal team mate and a loyal helper to Hamilton over the years'.

"An initiative of holding the Grand Prix of Russia of the most prestigious world auto racing series, FIA Formula 1, in St. Petersburg starting from 2023, has been unanimously approved by all parties, Russian Deputy Prime Minister Dmitry Chernyshenko told TASS on Tuesday."

F1 says Sprint races won’t diminish the importance of grands prix, but not everyone is convinced.

Sprint qualifying is a solution in search of a problem, or the answer to a question nobody asked; choose your adage.

There are already too many grand prix races in a season, making each one less “grand”. Now we have a Saturday race in addition. They are overexposing the product and diluting the offering. A grand prix used to be special, one of nine or twelve or fifteen, and winning a grand prix was special; no more. I’ll still watch, but it’s a bit sad.
Pod