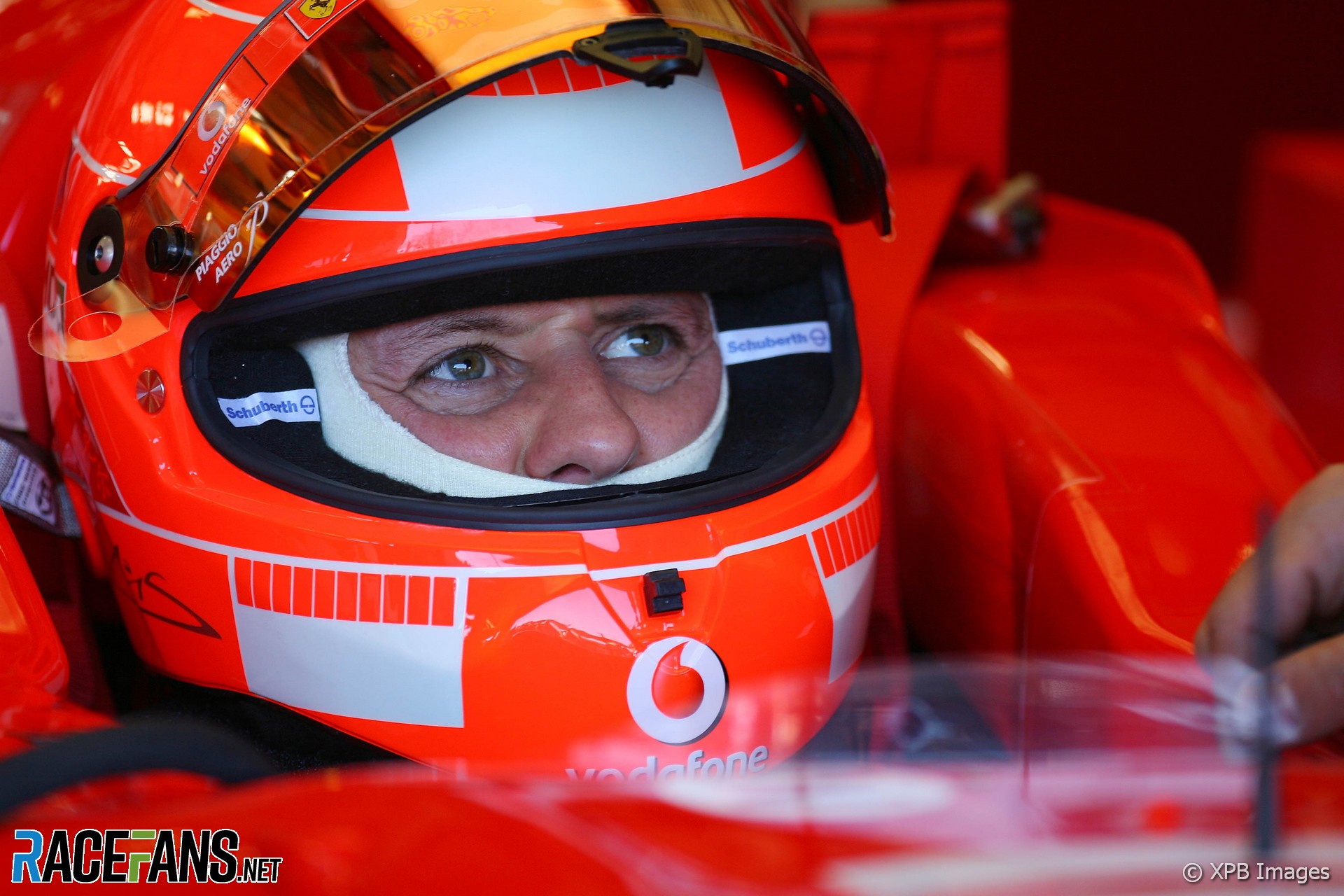 Since the arrival of the acclaimed Senna movie a decade ago, motorsport fans have been offered a succession of documentaries of varying quality.

Netflix’s Drive to Survive series has been credited with attracting a new generation of fans to the sport. Other filmmakers have swung the spotlight on diverse topics from safety to teams, drivers and even a former president of the FIA.

While some of those subjects may charitably be described as ‘niche’, that undoubtedly does not apply to the subject of Netflix’s forthcoming feature: Michael Schumacher, seven-times world champion, the most successful driver in the history of the sport until recently, and still the greatest ever in the eyes of some.

Hanns-Bruno Kammertöns and Michael Wech – two of the film’s three directors – have previously profiled another German sporting hero, former world number one tennis player Boris Becker, in ‘Der Spieler’ (‘The Player’). The filmmakers promise ‘Schumacher’, due for release in a month’s time, will be “a very sensitive yet critical portrait”. That nearly encapsulates the challenges they faced in producing a film which does justice to the complex legacy of the driver who dominated F1 in the early noughties.

Not unlike his successor and F1’s only other seven-times champion Lewis Hamilton, Schumacher rose to the top from a working-class background. Hopefully the extensive archive footage promised in ‘Schumacher’ includes suitable material to illustrate this aspect of the Schumacher story which, certainly in Britain, feels under-appreciated.

Schumacher’s many fans will also no doubt welcome the chance to relive his greatest moments, though if all 91 of his grand prix victories are going to feature there won’t be time for much else. That seems unlikely, for as well as interviews with his family (brother Ralf, wife Corinna and children Mick and Gina) we will also hear from fellow drivers Sebastian Vettel, Mika Hakkinen, Damon Hill and David Coulthard, plus senior ‘Team Schumacher’ figures Jean Todt, Flavio Briatore, Willi Weber, Luca di Montezemolo and Sabine Kehm – not to mention ex-F1 boss Bernie Ecclestone.

“They tell the story of a passionate fighter who pushed the boundaries of his sport further and further, and of the absolute team player who always treated people with high regard and respect,” promise the producers. But not all of Schumacher’s former rivals might be prepared to tell that story, which perhaps explains the absence of Jacques Villeneuve, 1997 world champion with Williams, from that list.

Villeneuve won the title after Schumacher’s unsuccessful attempt to knock him off the track at Jerez, which led to his disqualification from the championship. Jock Clear – a Williams race engineer at the time, who later worked with Schumacher – said this week Villeneuve “had no doubt that Michael didn’t have the same ethical approach to driving that Jacques did”. Speaking to the official F1 website, Clear said that after Schumacher’s clash with Hill three years earlier, which secured his first world title, Villeneuve “was in no doubt that if that scenario arose again, Michael would do it again”.

Will the film explore or ignore the times Schumacher crossed the line in pursuit of success? Another notable omission from that list of drivers is Fernando Alonso, who at Monaco in 2006 threatened to lie down in front of Schumacher’s car on the starting grid if the stewards let him keep pole position after he deliberately parked at Rascasse to prevent his rivals from improving their lap times. At the time Schumacher insisted his “conscience was clear”, but after eight hours of deliberations the stewards sent the Ferrari driver to the back of the grid (and spared Alonso an awkward photo opportunity).

It wasn’t only Schumacher’s conduct on the track which drew criticism from his rivals. Many were unimpressed by his refusal to help Formula 1 avoid the farcical scenes witnessed at Indianapolis in 2005, where only Ferrari and two other teams had tyres capable of withstanding the forces they encountered at the track.

As a result just six cars participated in a race which did untold damage to F1’s reputation in the vital American market. “Ferrari was going to get a one-two finish anyway and they would have done it with a lot less egg on their face,” recalled Mark Webber in James Allen’s 2007 biography of Schumacher. “I was disappointed, he’s so powerful, he carries so much weight and it can swing things, no question.”

Schumacher’s fans will want to watch a celebration of his achievements and his critics will seek scrutiny of his shortcomings. But balancing those angles is not the most difficult challenge facing the filmmakers. The other is how to address the tragic development in Schumacher’s story since his departure from F1 in 2012.

Now 52, Schumacher hasn’t been seen in public since he suffered serious brain injuries in a skiing crash in 2013. Verifiable details about his condition and treatment have been extremely thin on the ground since, and speculation is rife. But Vettel remarked last year that Schumacher, the idol of his junior years, was unable to witness his own son’s Formula 1 debut.

His family have endured a tragedy and they have chosen to keep further details of Schumacher’s condition to themselves as is their undoubted right. But many will be wondering if they have chosen to use ‘Schumacher’, the only film about his life produced with their support, as an opportunity to address some of the many unanswered questions over his condition.

Schumacher remains a hero to many, a fascinating yet divisive character, and one whose recent history is heart-breaking. However the filmmakers have resolved the challenges of telling his story, they insist they have done so without taking the easy option of a fawning hagiography.

“The greatest challenge for the directors was certainly to find the balance between independent reporting and consideration for the family,” said co-director Vanessa Nöcker. “Corinna Schumacher herself was our greatest support in this. She herself wanted to make an authentic film, to show Michael as he is, with all his ups and downs, without any sugar-coating.”

We’ll discover whether ‘Schumacher’ meets that standard when the film arrives on Netflix on September 15th. It promises to be this year’s must-watch feature for F1 fans.

55 comments on “Will Netflix’s Michael Schumacher film live up to its ‘no sugar-coating’ brief?”