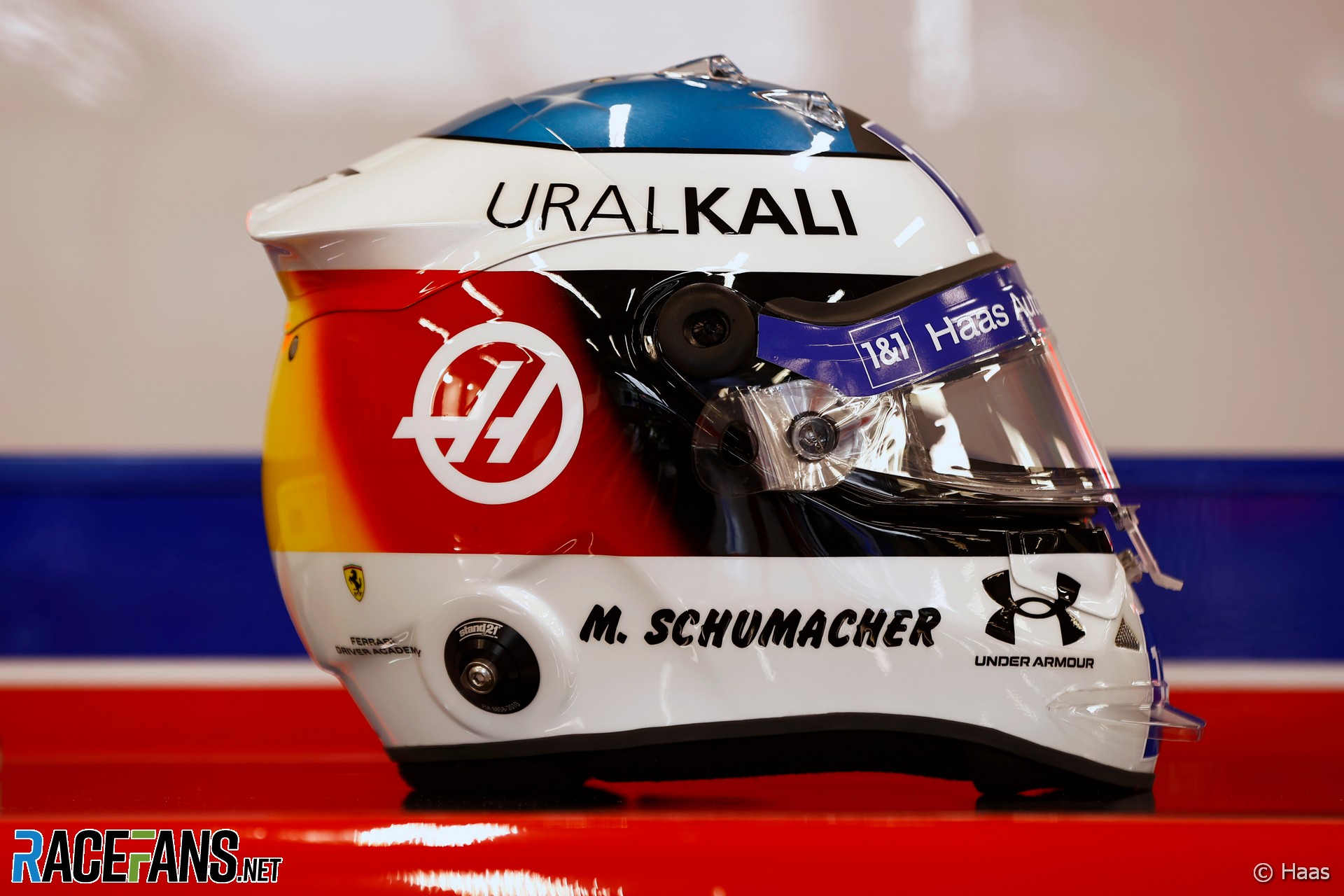 On the 30th anniversary of his father’s Formula 1 debut at Spa, Mick Schumacher has changed his helmet design to match the one Michael Schumacher wore at the track in 1991.

He kept the design throughout his first years in Formula 1, including when he scored his breakthrough victory at the circuit with Benetton in 1992. Schumacher’s design remained unchanged during his world championship victories for Benetton in 1994 and 1995, and the first years of his time at Ferrari. He eventually replaced the design with a red one in 2000, when he scored his first of five consecutive championship titles.

The Haas driver said the Spa circuit is special to him not only because of his father’s legacy. “I’ve had a few good races here. I had my first pole position, my first race win in 2018 here in F3 which then became a streak of a multiple race wins.

“So definitely it’s a track that I enjoy a lot and I enjoy coming back here. It’s close to home, a lot of fans come here and people that support me for numerous years.”

Max Verstappen is also sporting a special design this weekend.

AlphaTauri driver Yuki Tsunoda has also reworked his helmet design for this weekend’s race at Spa-Francorchamps, where he scored a victory in Formula 2 last season.

This article will be updated.