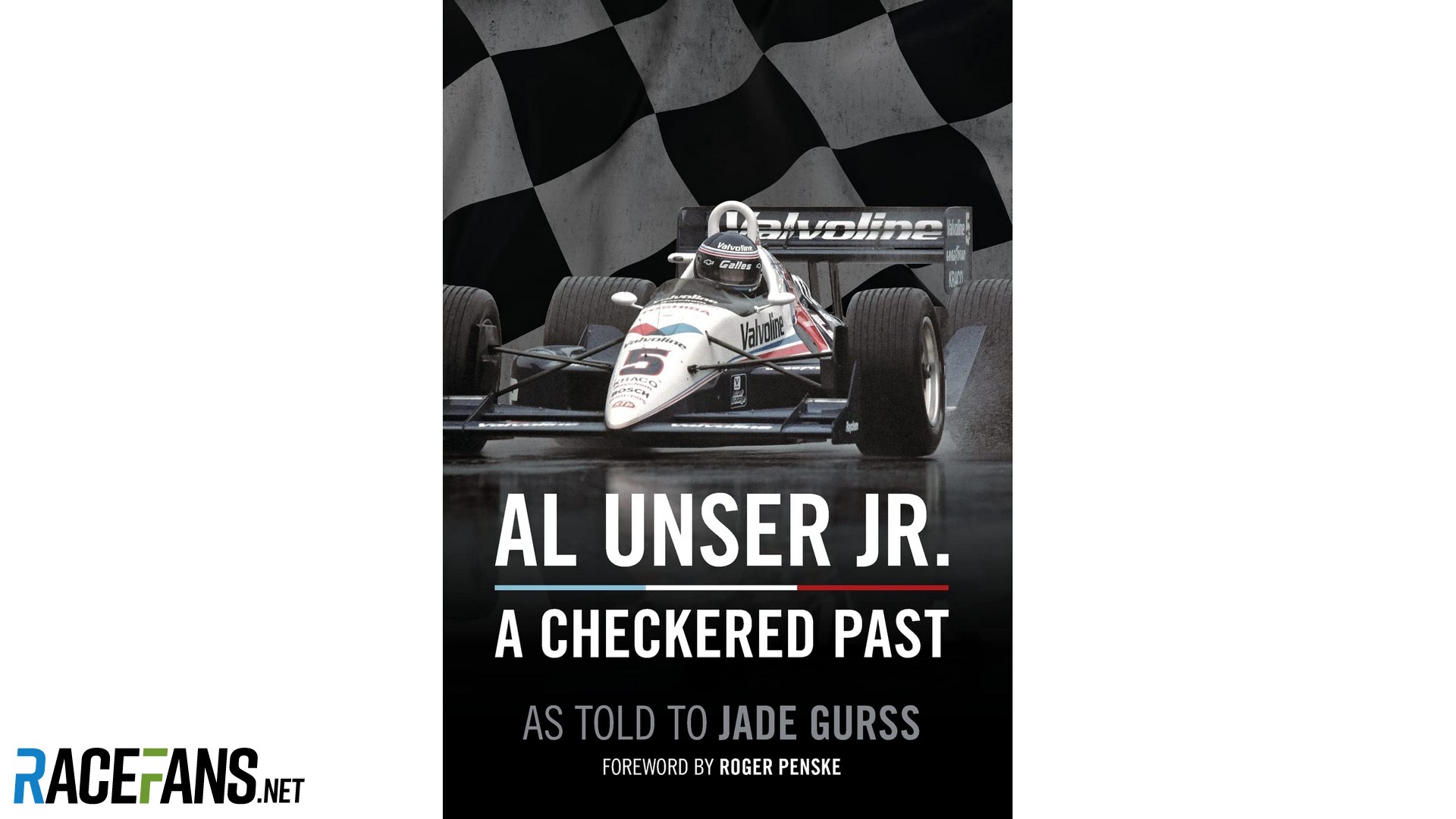 “A Checkered Past” is the no-holds barred autobiography from two-time Indianapolis 500 winner and Indycar champion Al Unser Jnr. Whilst Unser’s battles with addiction have been well-documented, his autobiography consistently highlights the extent of his challenges.

As son of four-time Indianapolis 500 winner Al Unser, and part of the storied Unser family, Al Jnr came from a motor racing tradition. Best known for his successes in the finest liveried Indycar of all time (the Valvoline-backed Galles machine – this is not up for debate) and for Penske, Unser was one of the stars of Indycar during its halcyon era from the late eighties through the nineties.

There are two distinct sides to the book – the motor sport passages, and in particular some of the behind-the-scenes insights are fascinating. The stories behind some of the contractual dealings are notably more candid than in many driver autobiographies, whilst the chapter on Penske’s disastrous 1995 Indianapolis 500 is alone worth the price of admission. Equally revealing is the story of Unser’s Formula 1 test with Williams team in late 1991, the upshot of which being that it is no shock Patrick Head doesn’t provide dust-jacket quote.

It is clear that the driving side of things came relatively easy to Unser, as did the sponsorship. Unlike many drivers he didn’t really have to struggle for a seat until far later in his career. At his peak, Unser was a sponsors dream, but this isn’t covered too much, partly because positive sponsor engagement is so ingrained as part of the job in US sports.

Then there is the dark side. Indycar drivers of Unser’s time weren’t known for their fitness – many smoked, drank and were away of the gym as an existential concept. What sets Unser apart, by his own admission, was the extent to which used alcohol and drugs (marijuana and cocaine) throughout his career. From his earliest days, Unser would routinely smoke cannabis between races, before cleaning up for the race weekends. As his relationship with ex-wife Shelley got ever more turbulent, this expanded to include alcohol abuse and cocaine.

Much of this happened at the height of his career, when he was one of the best-known sports people in America – although most of it took place at home, this is near-unthinkable in today’s social media environment. The starkness with which Unser lays this out is shocking.

It all started to unravel in 1999, when Unser was released by Penske after a season-long drug testing saga that nearly saw him stood down. Around this time the late Robin Miller also started to work on an article that extensively chronicled the depth of Unser’s problems. That 2002 piece clearly still rankles and is referenced repeatedly.

Unser doesn’t hold back in sharing the stark detail of his downward spiral, which at times is extremely bleak. In the early stages of his latest attempt at sobriety, there isn’t quite yet the redemptive arc for Unser, as he openly acknowledges he needs to progress day-by-day and avoid making the wrong choices. Likewise, he is very open that his motivation for the book is to share his story, and help others.

Written in partnership with Jade Gurss, A Checkered Past is well put together and eminently readable. It is also extraordinarily brave, Unser leaves little unsaid and unshared, and for that he should be applauded.

“Al Unser Jnr: A Checkered Past”

7 comments on ““Al Unser Jnr: A Checkered Past” reviewed”