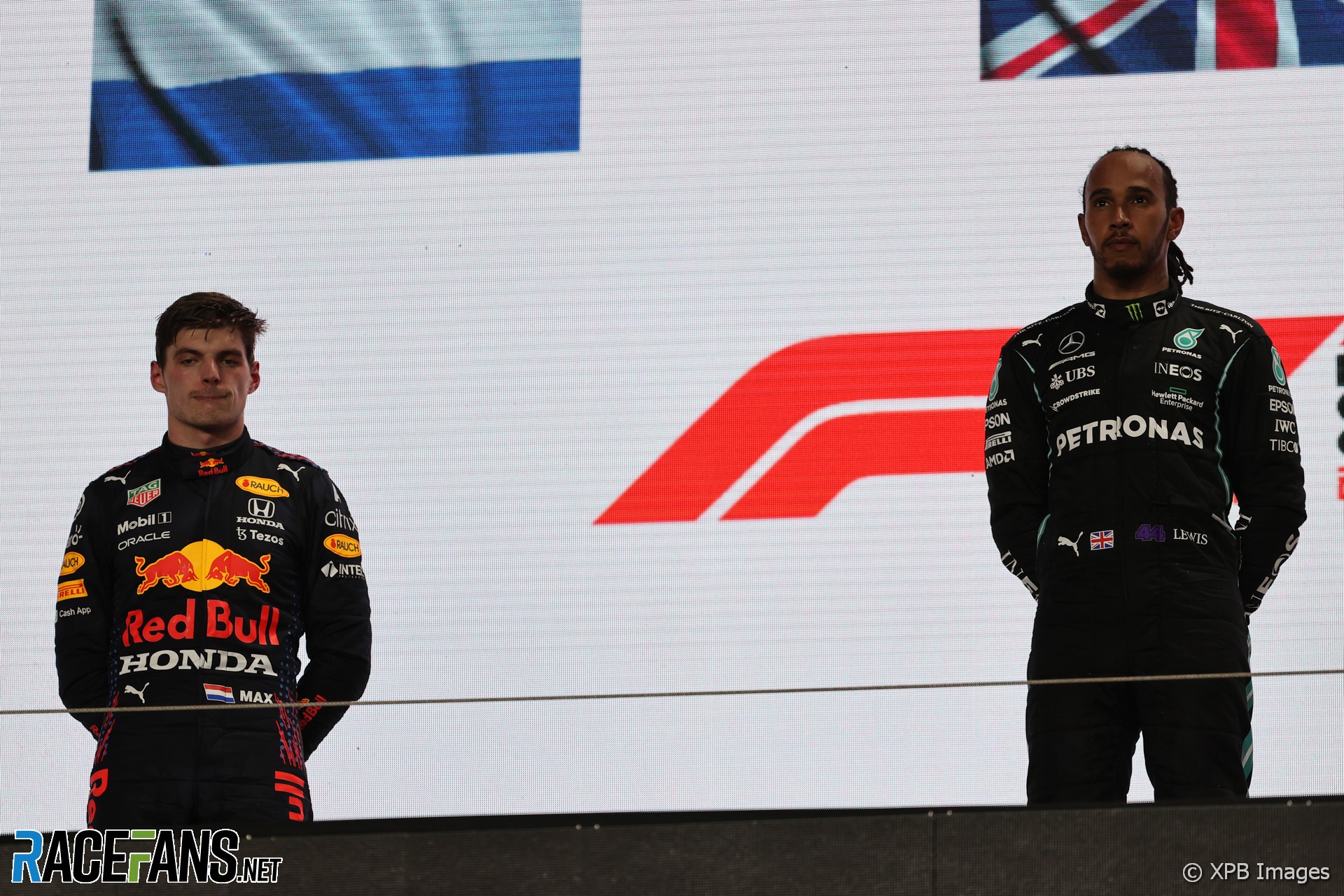 While Max Verstappen could clinch the world championship at the penultimate race of the season in Saudi Arabia this weekend, the promoter of the final event wants the title fight to last the full 22 rounds.

Saif Rashid Al-Noaimi, deputy CEO of the Yas Marina circuit, is hoping the championship will be decided in the Abu Dhabi Grand Prix. The title hasn’t been settled in the final race of the season at the Emirati venue since Nico Rosberg’s triumph in 2016.

“We’re really excited about the way the championship is looking,” Al-Noaimi told RaceFans in an interview ahead of the Brazilian Grand Prix, when Verstappen held a 19-point lead over Lewis Hamilton. Since then the Mercedes driver has trimmed his rival’s advantage to just eight points, meaning to clinch the title this weekend Verstappen needs at least a second-place finish with Hamilton finishing far down the order.

“We are hopeful that that the championship will come down to the wire here at the Yas Marina circuit and the Abu Dhabi Grand Prix,” Al-Noaimi added.

Following its first grand prix in 2009 the Yas Marina circuit has been the venue for the season finale more often than not, and has concluded every championship since 2014. Next year it will tie Adelaide in Australia as F1’s most frequently visited destination for the season finale.

“The Abu Dhabi Grand Prix has become known as the season finale for the championship,” says Al-Noaimi. “What we hear from the F1 personnel, from the teams, from the drivers and from the fans is they really like coming to Abu Dhabi for the last race.”

However he acknowledges the track configuration has long been criticised for offering few overtaking opportunities. Discussions around how to improve the layout intensified following last year’s race, and in March the track owners and Formula 1 decided to proceed with changes.

“We’ve been looking at doing this for quite some time,” says Al-Noaimi. “Over the last few years, as the cars have evolved, we’ve seen how difficult it has become to overtake with the more recent cars struggling to stay close to each other and some of the challenges that the drivers have faced.

“At the start of this year I would say things got quite serious in our discussions with Formula 1 Management. We took the decision to go ahead and put a team in place to work through the designs and details.

“We had the concept, we had a rough idea of what we wanted to do. It was a matter of refining it, adapting it to the 2022 rules and we ran simulations using the 2022 car. And at the start of this year we took the decision and we broke ground towards the beginning of summer.”

The revisions were designed by Driven International and implemented in conjunction with MRK 1 Consulting. Several slow corners have been deleted or eased and a sweeping new banked turn added. The first impressions from the circuit’s driving instructors and others to have driven the revised configuration are “extremely positive”, says Al-Noaimi.

As a result of the redesign several of the track’s off-camber corners, though not all of them, have been removed. The track operators are hopeful this will allow the cars to follow each other more closely this year.

“So those were kind of the principles that we had agreed and that’s where we zoomed in on these three zones that we ended up making the changes in.”

We’ll learn next week how successful they have been. But as Yas Marina has made this investment in overhauling its track, has it also signed a new deal with F1 to continue holding the season finale?

“You’ll have to wait a little bit longer for me to be able to answer that question,” Al-Noaimi smiles.