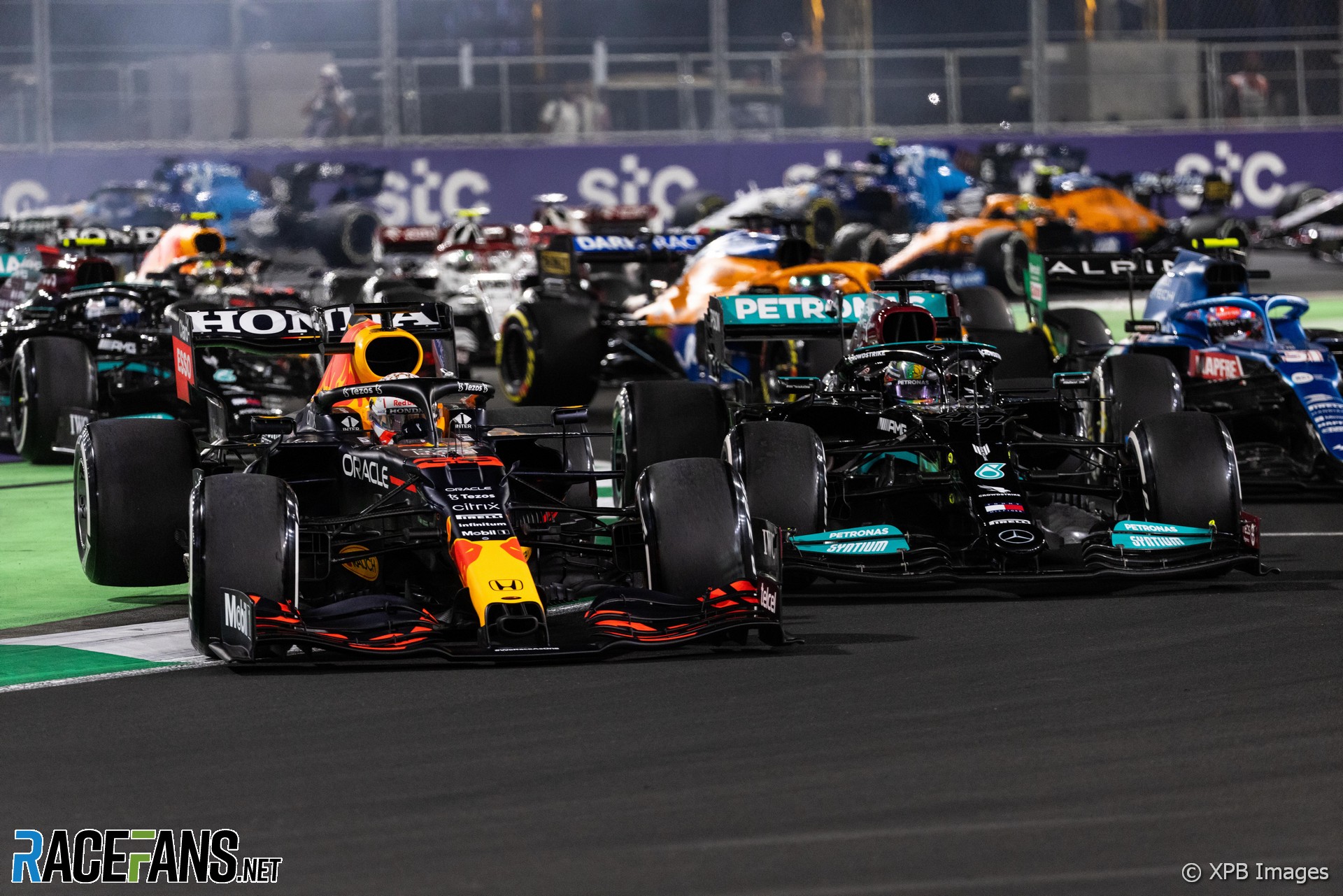 Max Verstappen and Lewis Hamilton must put on a fair fight in the championship-deciding race for the sake of Formula 1’s image, says Carlos Sainz Jnr.

The Ferrari driver, who was Verstappen’s team mate in 2015 and 2016, said “it’s the ideal scenario for Formula 1 as a sport” for the championship to come down to the final race with the top two tied on points.

Sainz said both drivers have “done incredible seasons” and are “both driving at an incredible level.” However following a controversial race in Saudi Arabia including several run-ins between the pair, Sainz admitted he is concerned by the potential for an acrimonious end to the season.

“From my side, I just wish that they can keep it clean this last weekend and give it a good showdown,” he said. “For the image of the sport, more than anything else. For the benefit of Formula 1, and that we are still a sport not only a show, and show good sportsmanship and a good showdown in the grand final.”

The fight between the pair has been “super exciting”, said Sainz, who watched last weekend’s race as soon as he returned to his hotel on Sunday evening.

“When I went back to my room on Sunday night I tuned in and replayed the race just to see what the hell happened there upfront and why was everyone talking about what had happened,” he said. “When I had the chance to watch it you realise how tight this battle is, how every race you have a fight between the two championship contenders and how some exciting and how ideal it is for Formula 1.”

However he admitted he has been disappointed by some of the reaction to the contest on social media.

“Unfortunately on Twitter and social media there’s a lot of polarisation. A lot of, I wouldn’t say abuse between both fans, but very polarised, and it makes the fight a bit less exciting when you see the two sides fighting each other so much.

“I think it’s just better just to be a bit more neutral, enjoy the fight and let the best man win.”

He declined to name which driver has impressed him most so far this year. “I’m not going to comment personally, who’s been my driver of the season, particularly because if I will say one, then one side will criticise me and say ‘no, Lewis has had a better car’, if I say Max… it’s too polarised.

“I just don’t want to take a stance because it doesn’t make sense. Looking at how polarised – I am repeating myself – it is in social media.”

17 comments on “Sainz urges title rivals to fight fair and prove ‘we are still a sport, not only a show’”