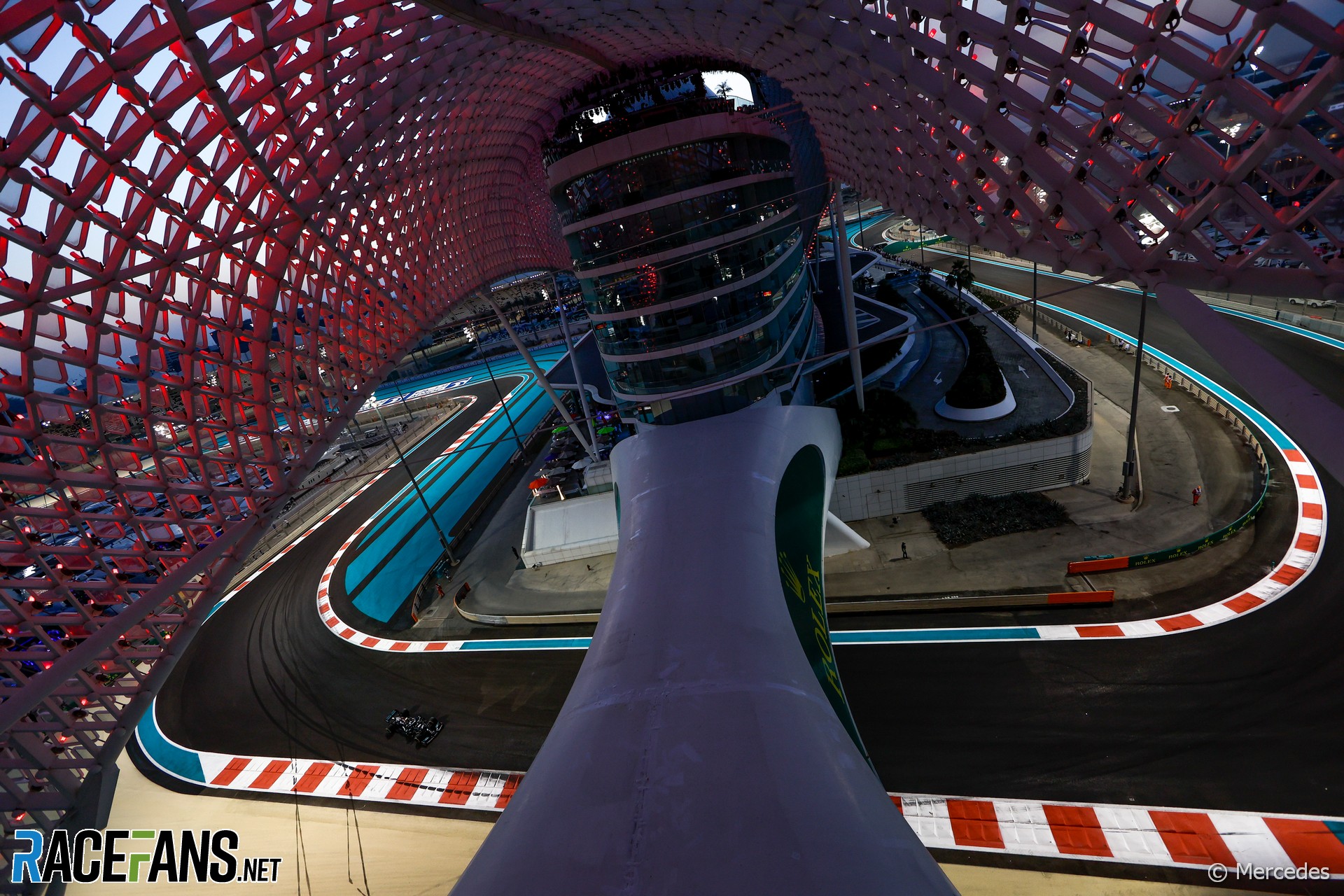 Formula 1 drivers largely praised the new-look Yas Marina after driving it for the first time in Friday practice sessions.

However doubts remain over whether the extensive revisions will achieve their main aim of producing a better race on Sunday.

On Thursday the general consensus appeared to be that the altered track would be faster and more flowing – and therefore more fun – and it might be better for racing. Some drivers believed it would prove easier to follow a car ahead, while others predicted the layout would offer more overtaking opportunities.

The most obvious change to the circuit is the removal of the old turn six-seven chicane and the reprofiling of what is now the turn five hairpin, while the other being a similar cutting of what was the turn 11/12/13 chicane and turn 14 left-hander for a lengthy left-hand sweep which is now turn nine.

Less obvious on a track map, the final sector has also been extensively revised with wider corner radiuses and track width, as well as new asphalt offering different grip levels that appeared to catch many drivers out on Friday.

These final sector changes were the ones that actually generated the most discussion on Friday, with most commentary on the differences in sectors one and two simply drawing the obvious comparisons between old and new layouts. Everything else was inconclusive.

Both Red Bull’s Sergio Perez and McLaren’s Daniel Ricciardo struck a middling view in their assessments of the new layout’s racing potential.

At the same time, Ricciardo said the track he has visited 10 times previously is now more enjoyable to drive.

“It was probably a little more fun,” he said. “I like turn nine, that’s quite a fast, big, bold-type corner. So that’s pretty good. Five’s tricky. But then the previous five-six-seven was also kind of tricky.

“Under the hotel’s changed as well, so quite a bit has changed. I actually prefer the new hotel section. I miss the old penultimate corner. I think that one used to be a real corner, now it’s easy flat. All-in-all, more pros than cons.”

If the new turn 15 is now flat for all drivers then that should, in theory, present new opportunities for a car behind to lunge at the final corner. But a diving pass is likely the only way to force a pass through the final sequence.

Championship contender Max Verstappen said the increased speed of the final sector, including turn 15, made it “a bit more fun to drive”, but did not have any firmer conclusions drawn after Friday.

Mercedes’ Valtteri Bottas remains hopeful there are “some increased overtaking opportunities” but also pointed out “set-up-wise is actually a bit different because of the quite long corners and some of them with camber”. The “quite dirty” final sector is already notorious for how hard it works tyres, and with the other parts of the track now requiring similar loads, it may lead to even more pace management in the race than usual.

Some in the paddock suspect a two-stop strategy could be more favourable than one. Bottas remarked that a long run on the medium tyre is “stressing the rear axle maybe a bit more than before” – another indicator that the racing on Sunday is unlikely to be flat-out.

His championship-chasing team mate Lewis Hamilton also drew some conclusions on whether passing will be possible. On his long run, Hamilton came up behind Perez, which gave him a chance to assess whether it will be possible to closely follow a car of similar performance level.

“It still really wasn’t easy to follow,” Hamilton admitted. “I think it will be better than what we’ve seen in the past. But if the two cars are very, very much alike [in pace], it might be a little bit different.”

The jury is still out on whether Abu Dhabi is set for another underwhelming F1 finale, but at least there will be the title battle for the television director to focus on for most of the race, should this prove another procession.