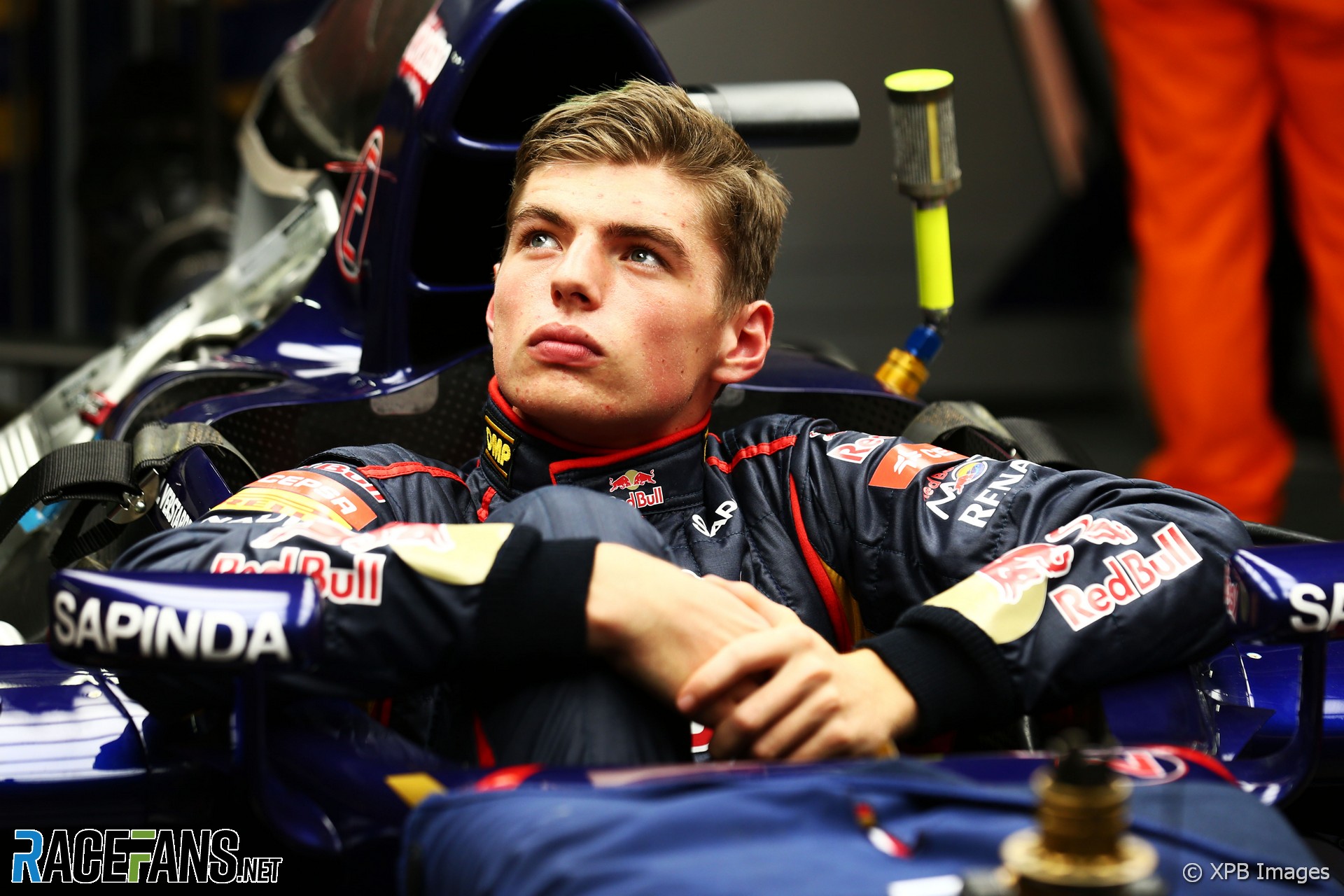 The first team principal to run Max Verstappen in Formula 1 is “convinced” he will win the championship this weekend.

Franz Tost described how he had been impressed by Verstappen’s mental toughness from his first practice outing for his team, at the age of 17, at no less a track than the formidable Suzuka.

“I knew him from the very beginning onwards and he was already mentally strong in those days,” Tost recalled in an exclusive interview for RaceFans. “Because if you remember right there were many people who criticised us to sit him in the Formula 1 car because he was only 17 years old, and even didn’t have a driver’s licence.”

Ahead of Verstappen’s practice debut at the 2014 Japanese Grand Prix, Tost says some journalists told him he was “completely wrong” to put such a young driver in his car. “I said to them let’s talk in five years once more, I think it’s right. In the end it was right.”

After Verstappen made his grand prix debut for Tost’s Toro Rosso team – now known as AlphaTauri – Formula 1 introduced a mandatory minimum age limit of 18 years for drivers. However Verstappen, whose junior career was overseen by ex-F1 racer Jos Verstappen, proved he was ready for his debut despite his youth, says Tost.

Having run Red Bull’s junior F1 team for 15 years, Tost has unrivalled experience in helping new young drivers adjust to life in the sport’s top flight. “I say always to the drivers [that] to come into Formula 1 is one story,” he explains. “But then to stay in Formula 1, to educate yourself and have a real steep learning gradient is another story.”

Out of the hundreds of junior drivers Red Bull have enlisted over the years, only a handful have reached their top team. Sebastian Vettel moved on of his own choosing, as did Daniel Ricciardo, though the presence of Verstappen in the team’s other car is widely believed to have hastened his decision.

Others didn’t last: Daniil Kvyat lost his place to Verstappen in 2016, and over the previous two seasons Pierre Gasly and Alexander Albon been found wanting when measured against Red Bull’s latest superstar. As a result the team’s stock of junior talent has rapidly depleted, and at the end of last year they resorted to looking elsewhere, hiring the experienced Sergio Perez.

But even after being hastened into a front-running car, Verstappen has impressed Tost with his continued rate of development: Not as constant, linear progression, but a series of steps.

“They are normal, the steps, because you have to be settled to understand everything,” Tost explains. “The step comes up, you learn something and then you understand it, then it goes up [again].”

In Formula 1 “there are too many unforeseen and difficult-to-understand ingredients,” for a young driver’s development to be smooth and consistent, says Tost. “Tyres, car, power unit, all this kind of thing. And to optimise it: to optimise now the tyre management, to optimise the usage of the power unit, for this you need a learning process.”

Now Verstappen finally has a championship-contending car at his disposal, Tost believes his resilience is serving him well in his increasingly tough fight with Lewis Hamilton.

“From his driving style and everything he was always superb. But also on the mental side.

“For example this year when he won Zandvoort, thousands of spectators are out there expecting you to win. And how good he did it, how fantastic he did the qualifying and the race without making any mistake. You must be very strong in your head to do this.”

Nearing the end of his seventh season in F1, Verstappen has become the complete package, says Tost. “I really like to see how in the last years he has developed himself in reading the races, setting up the car, understanding the technical side.

“Therefore, for me, currently he is the best driver in Formula 1.”