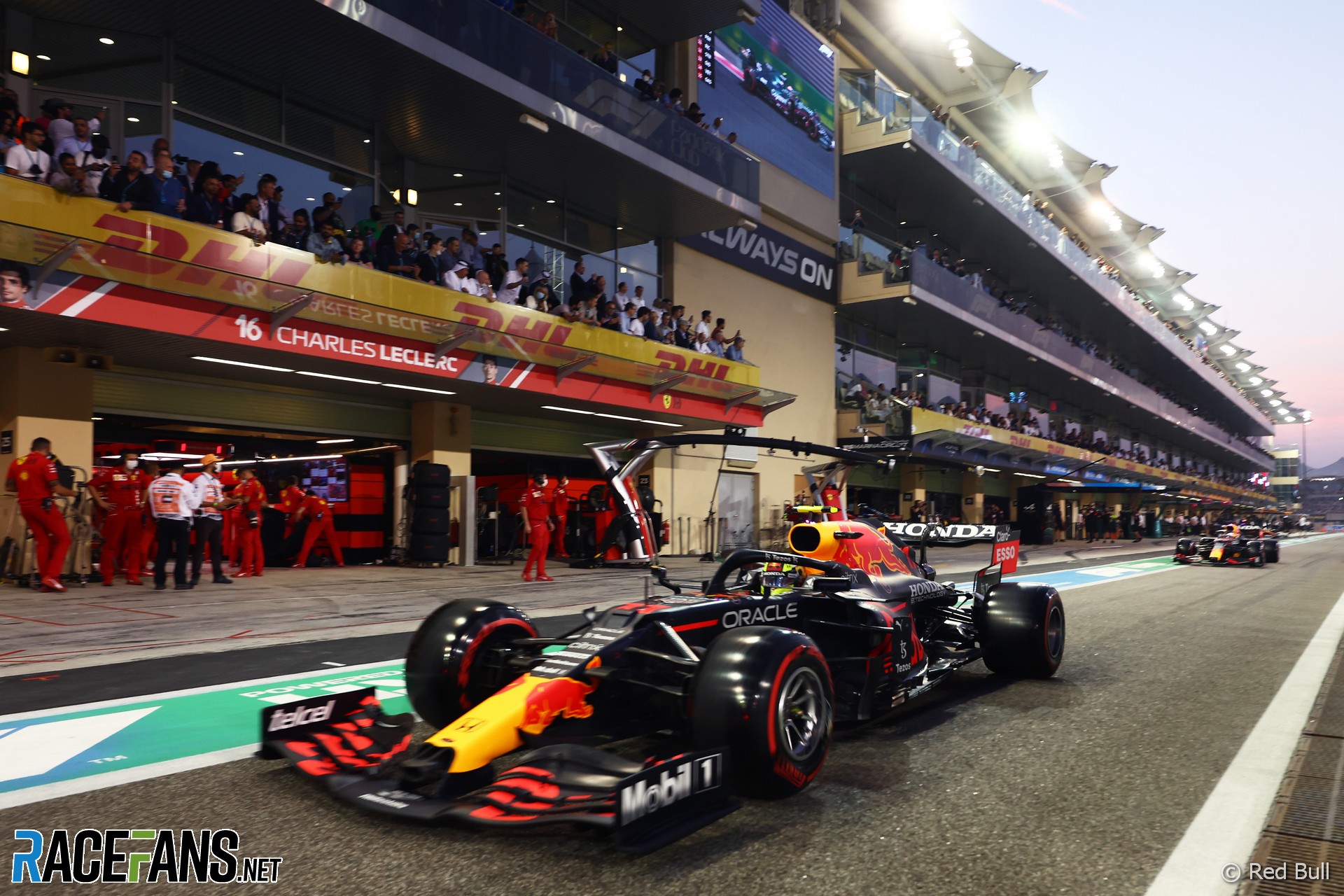 However he does not believe Max Verstappen took pole position thanks only to the tow he received from team mate Sergio Perez.

Lewis Hamilton qualified second on the grid, three-tenths of a second behind his championship rival, without using a slipstream from Valtteri Bottas in the other Mercedes.

“For us, I’d like Valtteri to focus on getting his [lap time],” said Hamilton. “We work as a team in terms of Valtteri needs to get the best job done for himself so that we can have both of us as high up as possible. So it’s never something that we discuss or we work on.”

Wolff explained why Mercedes have steered clear of similar tactics to Red Bull in the past. “We have generally the belief that the slipstreaming what you gain on the straight you lose in the corners because it’s simply too close and it’s very difficult to orchestrate.”

In qualifying today Perez initially gave Verstappen a tow until turn nine, covering several long acceleration zones, then backed off to allow his team mate an unhindered run through the remaining corners, where following another car closely would be disadvantageous.

“I think the Red Bulls did it flawlessly today and really credit to them how they did it and that gave them an advantage,” Wolff admitted. “But that is not the reason why we are behind.

“We simply had not enough pace. Perez and Verstappen later on I believe were not slipstreaming and still fast, if I remember right. So a lesson to learn, is that something we should consider in the future? But today it’s basically one-zero for them.”

Verstappen also does not believe the slipstream tactic was key to his vital pole position. “It was discussed before quali,” he explained. “It was very nicely executed as well.

“But it’s not whatever the [pole-winning] gap was, I might have gained a tenth towards turn nine, it’s not a massively long straight. But nevertheless Checo [Perez] is a great team mate and also a real pleasure to work with. So of course, also a big thank you to him.”

The Red Bull drivers pulled off the tactic without practising it on-track ahead of qualifying, he said. “Checo and I said to ourselves we were confident to do it just for that one run. And that’s what we did.”