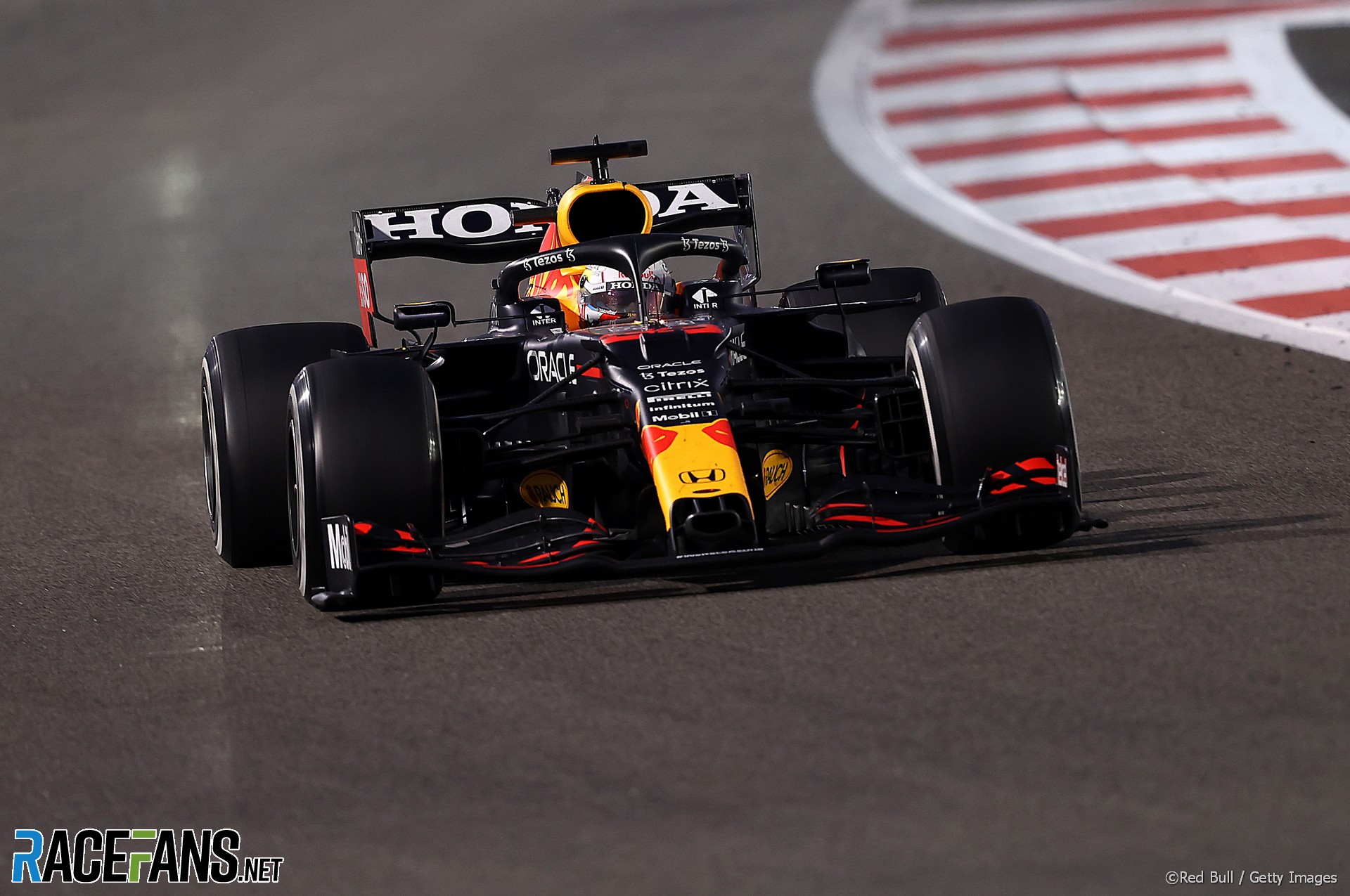 Max Verstappen says Mercedes’ protest over the restart at the end of the Abu Dhabi Grand Prix “sums up” the often controversial 2021 season.

At the end of a year filled with controversy between himself and championship rival Lewis Hamilton, a final furore unfolded over the conclusion to the season finale. The race was restarted on the final lap after a Safety Car, following which Verstappen passed Hamilton to take the win and the world championship.

Mercedes lodged two separate protests within 30 minutes of the chequered flag – the first arguing that Verstappen had passed Hamilton illegally at the restart before the Safety Car line, the second regarding whether the correct restart procedure was followed as only some lapped cars were allowed to overtake on the same lap, and did so as the race restarted.

When asked about his reaction to Mercedes’ protest over the events at the end of the race, Verstappen said he felt it was a reflection of the way the season have unfolded.

“Not much really to say about that,” Verstappen said. “I think, also, it sums up a little bit the season.”

The sporting regulations state that under Safety Car a race should be restarted on the lap after lapped cars were allowed to un-lap themselves. FIA F1 race director Michael Masi allowed lapped cars between Hamilton and Verstappen to unlap themselves before restarting the race on the same lap, while the others kept their positions.

Verstappen agreed with the decision to allow the race to end under a green flag.

“Everything was clear, so why would you then run another lap behind the safety car?,” he said.

“Whenever it’s clear I think you have to release the track. So I think that’s a fair point from the race direction. Of course, now it works [for me] but even it can also work against you. I know that.”

Having been crowned as world champion for 2021, Verstappen says he has now achieved “everything” in the sport.

“Of course, in terms of achievements, I have achieved everything in Formula 1 now, so everything that comes next is just a bonus.”