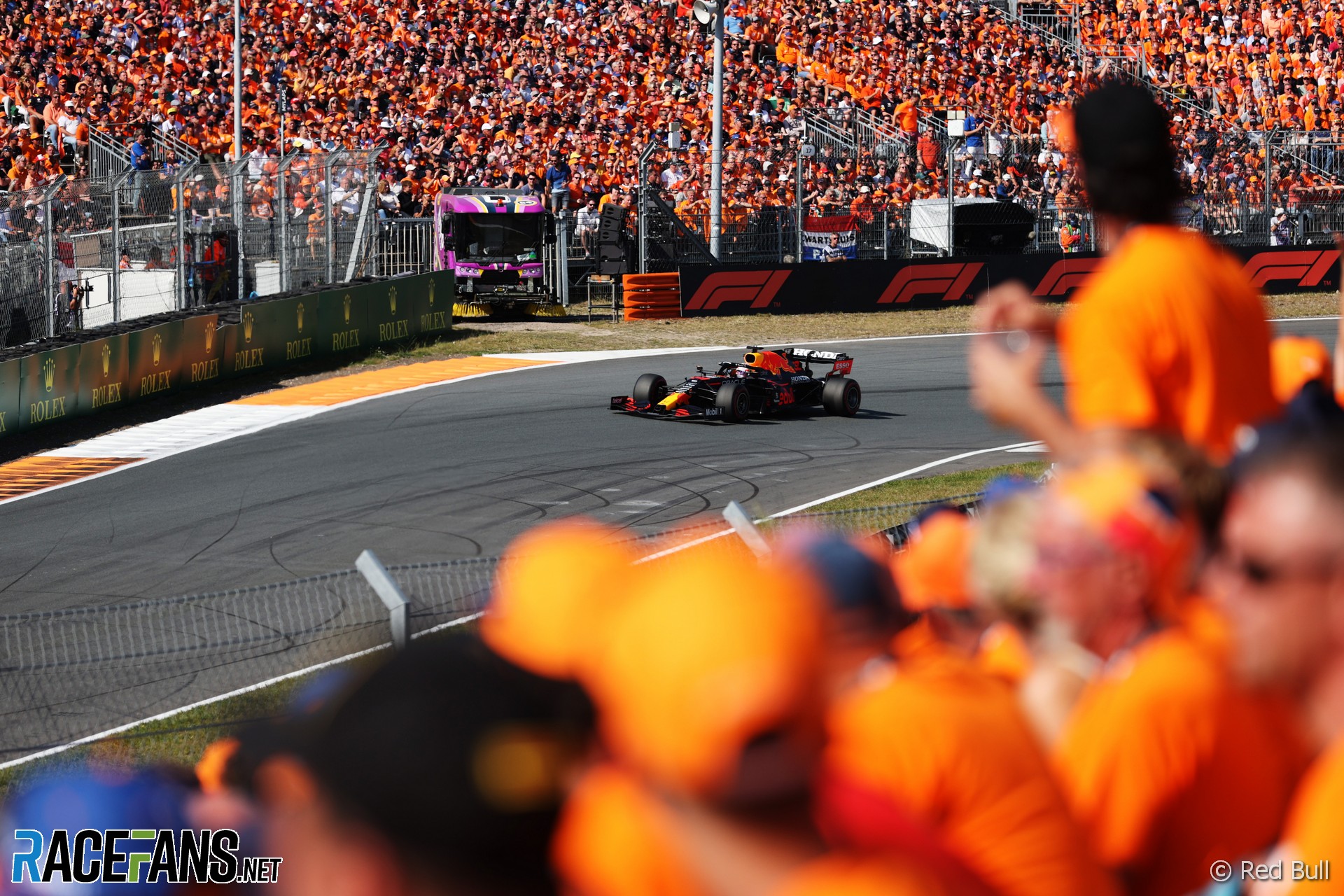 In the round-up: Max Verstappen says his home race win at Zandvoort was the highlight of his 2021 title campaign.

Verstappen, who won 10 races during the 2021 Formula 1 season, said that the Dutch Grand Prix was a particular stand-out for him, during his maiden championship season.

The Red Bull driver controlled the race on F1’s return to the country it last raced in 36 years earlier.

“The memory in Zandvoort with my home crowd winning, there was a lot of pressure on me to win it, but then to do it was really nice,” said Verstappen. “But luckily, there were a lot of good memories throughout the season.”

Formula E has agreed new financial limits, putting in place a hard cost cap for teams where it had previously relied on an overall cost limitation on cars.

The current (2021-22) season is the last for the ‘Gen2’ chassis. For the subsequent two years, teams will be limited to €13 million spending per season, with some exceptions such as driver salaries (consistent with the Formula 1 cost cap). Powertrain manufacturers will have €25 million to spend on research and development over a two-year period.

The 2021-22 calendar was also updated to remove unconfirmed rounds and delete the previously-listed return to Sanya, China. The Berlin and Rome rounds will become double-headers, replacing those events.

Formula 2’s post-season testing entrants have been confirmed, with several drivers making moves up to or within the series. Formula 3 champion Dennis Hauger, who won his title with Prema steps up to their F2 squad and Juan Manuel Correa – who was severely injured during the Spa crash which claimed the life of Anthoine Hubert – returns to F2 machinery for the first time since 2019.

New F2 entrants Van Amersfoort Racing will run junior series veteran Jake Hughes for the first two days of testing, before his car will be taken over by Cem Bolukbasi.

@LewisHamilton at Windsor Castle after receiving his knighthood from the Prince of Wales. pic.twitter.com/uK8Chnge4G

Would have thought, given the events of Sunday, having an independent panel/body would be better for an analysis or 'clarification exercise'. Else it is just the FIA looking into the FIA. #F1

Took the 2012 Indy 500 winning helmet out for a wee look. Brought back fantastic memories!
It’s exactly as it went into the @TroyLeeDesigns bag on 27th May 2012, milk stains and all. #Indianapolis500 #Indy500 @GanassiChip @CGRTeams @PushyLoose @BigMachine @scottborchetta pic.twitter.com/MxJTX8pfkQ

Drugovich's guest column: my potential is for much more (Formula 2)

"I knew that I didn't have the speed in some of the races, but I was trying to compromise for that by being too aggressive and it just wasn't working. It was about finding a balance to extract the most from the car without going over the top."

"Nothing has been decided on this issue but it is being looked into. Michael is very good but needs a better team around him."

"Hamilton was gracious, glorious and hard-done-by when robbed of a record eighth world title in Abu Dhabi on Sunday."

F1 is at a crossroads ahead of Mercedes' appeal (Daily Mail)

"That Hamilton had all but won the drivers' championship in less than the epic circumstances promised, was ultimately too much for Masi and his F1 paymasters. So they rewrote his script. That's their choice; but sport isn't The Truman Show."

As Mercedes continue to deliberate over filing or withdrawing their right to appeal, Dan G says it’s a question of how it will be perceived, either way.

I honestly think they’re weighing up if it’s worth it. There’s bound to be talk of them being sour losers, and Mercedes the car company won’t want that to be associated with that. Plus as Horner said, Merc is getting the prize money for finishing first in the constructors’ championship.

On the other hand, there’s a real issue of F1 losing credibility if this approach of manufacturing “drama” isn’t addressed. But even that might not be bad for Mercedes; it attracts eyeballs, and thus sponsors.

I’m sure there are many parties involved in the decision to appeal.
@dang