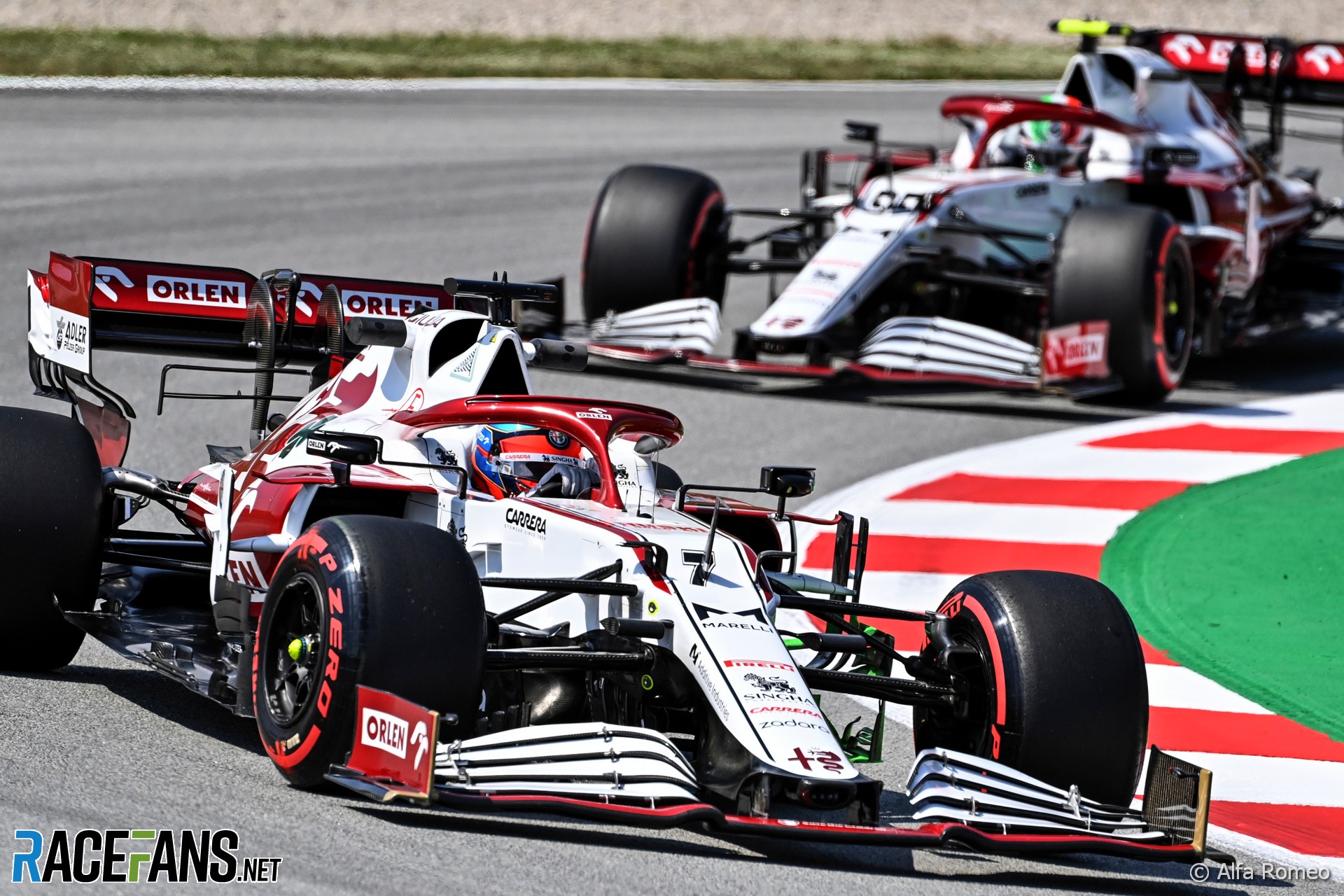 Kimi Raikkonen’s F1 career – the longest ever in the sport in terms of races started – ended with three years alongside Antonio Giovinazzi at Alfa Romeo.

Over time Giovinazzi, who had started just two races as a substitute when he joined Raikkonen for the 2019 campaign, steadily improved against the former world champion.

He produced almost certainly his best season this year. Giovinazzi comfortably out-qualified Raikkonen 13-6 over the course of the season, taking a dominant 8-1 lead over the opening rounds.

Points were harder to come by for Alfa Romeo in 2021 compared to previous seasons. Raikkonen lost a ninth place finish in Imola after falling foul of a very particular quirk in the restart regulations following a spin on the way back to the grid, before an embarrassing error in Portugal saw him drive into his team mate at the end of the opening lap, which ended Raikkonen’s race.

Giovinazzi scored the team’s first point of the year in Monaco, but Raikkonen drew level at the next round in Baku, then took a second point for tenth in Hungary before the summer break.

Raikkonen missed two rounds once the season resumed after testing positive for Covid, being replaced by Robert Kubica. Unsurprisingly, Giovinazzi finished ahead of his substitute team mate on both occasions – but only by one position each time.

When Raikkonen returned with his pending retirement at year’s end confirmed, he boosted his points tally considerably thanks to two eighth place finishes – first at the rain-affected Russian Grand Prix, then in Mexico, where the pair started an impressive tenth and 11th on the grid.

The Mexico City race was a sore point for Giovinazzi, however, who crossed the line in 11th for the third consecutive race after running in seventh before an early solitary pit stop. Stuck in traffic, he was unable to make the most of his strategy and watched Raikkonen take the points ahead of him. A disgusted Giovinazzi openly questioned his team’s tactics after the race.

Two rounds earlier, Alfa Romeo counted the cost of Giovinazzi’s reluctance to let Raikkonen pass him when ordered to. Had he played ball his team mate, who was quicker on the day, might have bagged another point.

Raikkonen’s eighth place would prove to be his final ever points finish in Formula 1, but Giovinazzi scored a consolation point in Jeddah and finished the year out-qualifying Raikkonen over the final two rounds.

Giovinazzi has every right to feel frustrated that what could well end up being his final full year in F1 was his least-fruitful, despite arguably driving his best against his world championship winning team mate. His place has been taken by Guanyu Zhou, while Valtteri Bottas arrives from Mercedes as Alfa Romeo clean house for 2022.

Kimi Raikkonen vs Antonio Giovinazzi: Who finished ahead at each round

Times based on the last qualifying round at each race weekend in which both drivers set a time. Negative indicates Kimi Raikkonen was faster, positive means Antonio Giovinazzi was faster