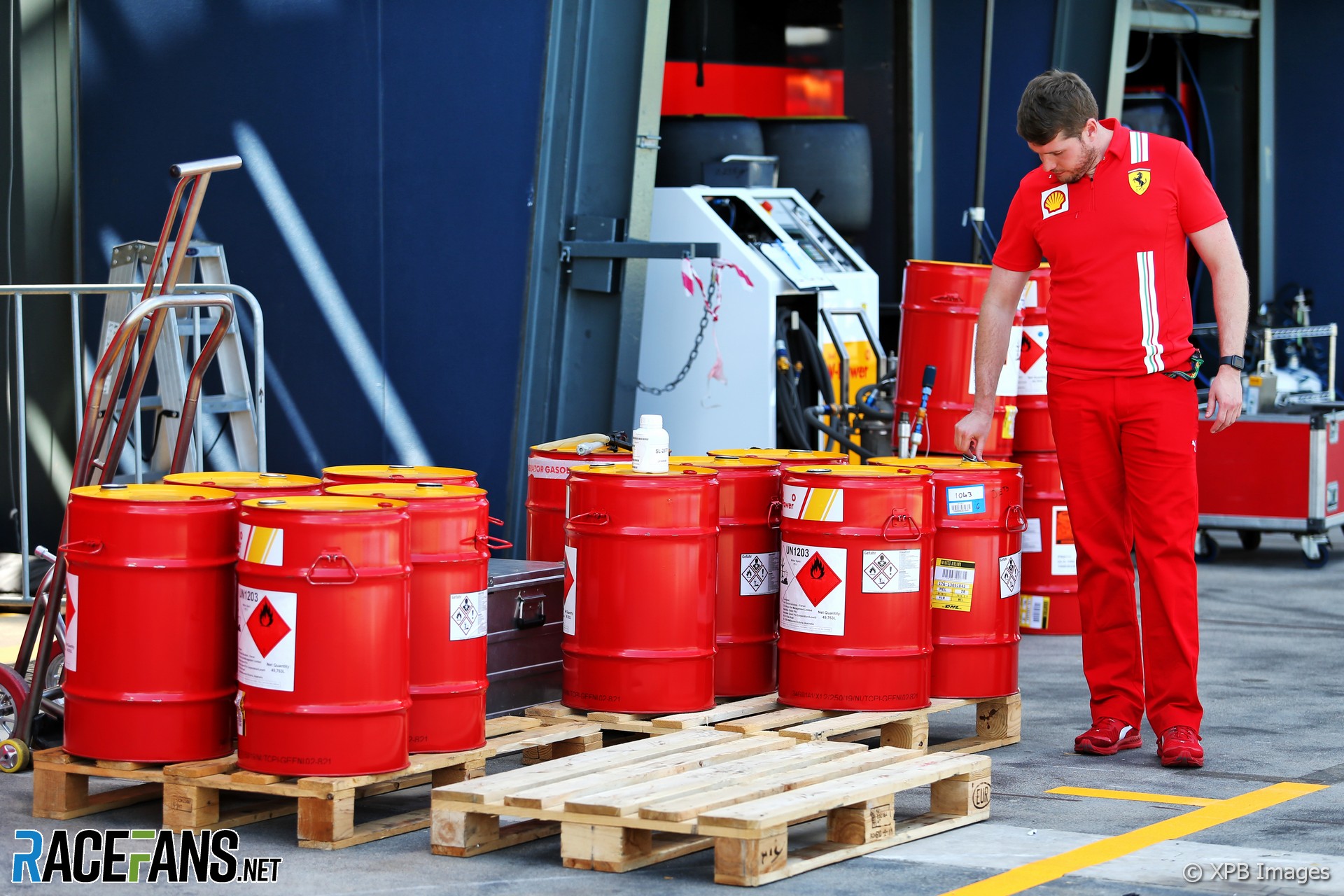 Formula 1 will use its two ‘feeder series’ as test beds for the new sustainable fuel it intends to introduce in 2026.

The synthetic fuels will be produced from renewable sources and produce less emissions than the conventional petrol currently used in F1.

While F1 is contested by competing engine manufacturers and fuel suppliers, Formula 2 and Formula 3 have single specifications of each. F1’s 1.6-litre V6 hybrid turbo engines are produced by four different manufacturers. Mecachrome supply the engines used in F3 – a six-cylinder 3.4-litre unit producing around 380bhp – and F2 – a turbocharged 3.4-litre V6 generating up to 620bhp.

F1’s technical director Pat Symonds says this makes F2 and F3 suitable for testing the new fuels before they have been perfected.

“We will introduce sustainable fuels into Formula 2 and Formula 3 before we do into Formula 1,” he told the Institute of Mechanical Engineers in a talk. “The reason for that is that Formula 2 and Formula 3 use a single type of engine, they use a single type of fuel. So we’ve got to do the job once. And, to be honest, it doesn’t have to be perfect.

“With Formula 1, we have multiple fuel companies involved, have different types of engine and it does have to be perfect. We can’t formulate a fuel which would advantage one engine against another. So it’s a big problem.”

F1 also faces the challenge of sourcing a large enough supply of sustainable fuel for a full season.

“We use a reasonable amount of fuel, around a million litres a year,” said Symonds. “Now that’s not much in real terms but it falls between two stools: It’s a little bit too much to make in the laboratory. It’s not enough to make in a proper plant.

“Now there are decent pilot plants being built and in 2023 there’ll be at least two that we’re involved with will be on-stream and we are really pushing this. This is really important to us.”

Internal combustion engines will remain part of F1’s new engine formula which is due for introduction in 2026. Symonds has said the series cannot move to electric power alone as it does not yet produce the high levels of performance required.

However he believes F1 can make a positive contribution to the environment by helping to develop drop-in fuels which can be used in existing internal combustion engines, without modification, to reduce emissions.

“Even if urban vehicles do go electrified all these other heavy vehicles – trucks and things that – will need a really high energy density power unit and fuel source or energy source,” he said.