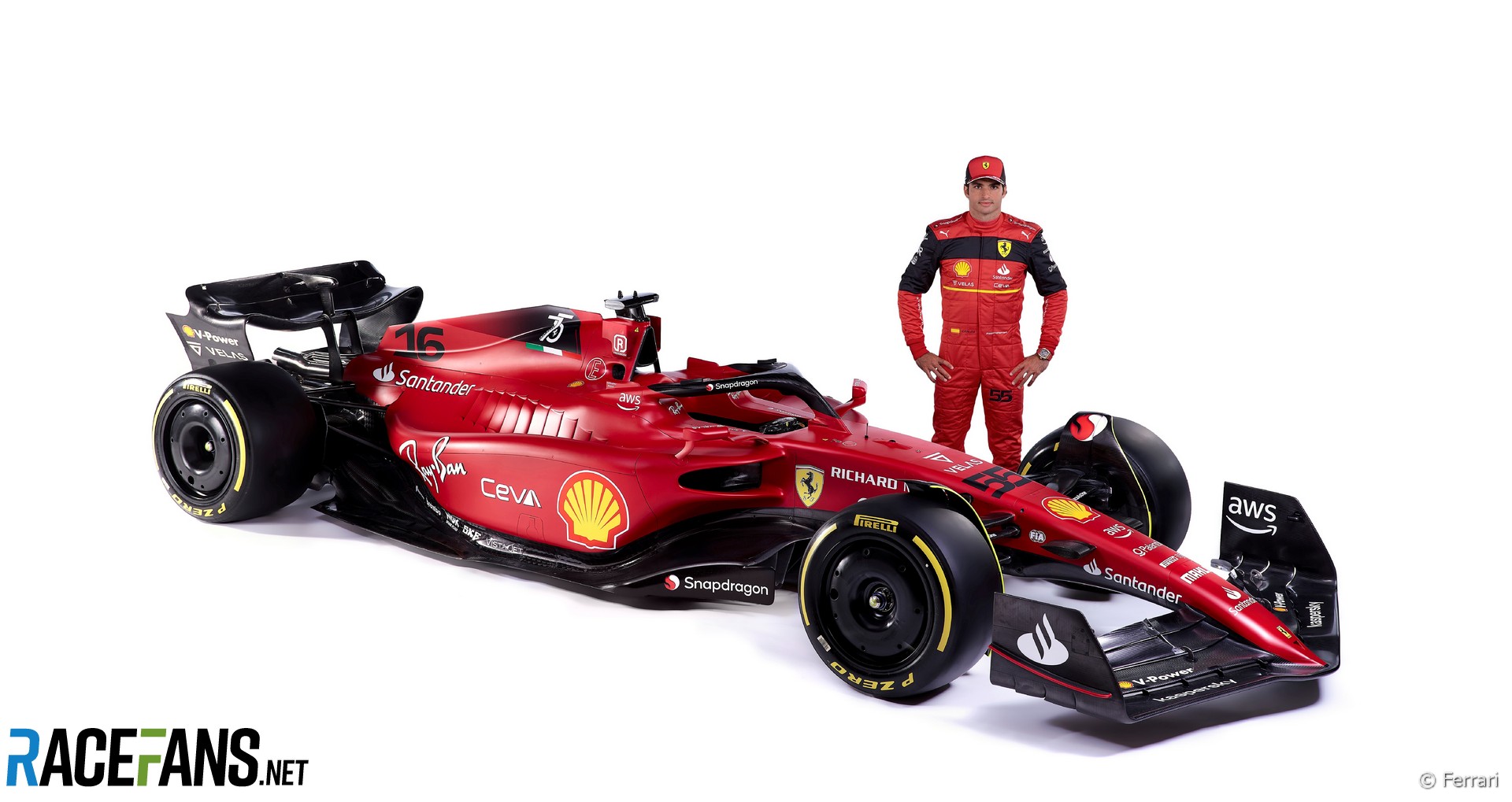 Carlos Sainz Jnr wants to build on the success of his first season with Ferrari and take the team to a “different level” in 2022.

Ferrari have become the first of the top three teams in last year’s constructors’ championship to reveal their actual car for the heavily revised new technical regulations for 2022.

Speaking at the launch of the team’s brand new Ferrari F1-75, Sainz said he intends to build on the success of his first year with the team, in which he finished fifth in the drivers’ championship, ahead of team mate Charles Leclerc.

“Yes, I am more than ready for this season,” said Sainz. “Last year was a great year for me because I managed to learn how the team works on the inside, to adapt to a new environment, but also mainly to learn about the Ferrari brand and how everything here works and it was a great experience for me.

“Now it’s time to take the team to a different level, take it to another step. And as drivers and the team together, we want more things and more success in 2022. So let’s go and get it.”

Sainz says he is excited by the look of the F1-75, which team principal Mattia Binotto has described as a “brave” design.

“It’s innovative, different,” he said. “There’s been some thinking outside of the box. I like it because it’s just radical which is what you want to see when you see a new car.”

With Formula 1 moving to 18-inch wheels for the 2022 season, Sainz became the latest in a series of drivers to express concerns visibility in some corners could prove problematic this year, though he approves of the move to low-profile rubber.

“We tried them last year on last year’s car and it already felt like a step in the right direction,” he explained. “It should give us the possibility to push a bit more in the races, challenge a bit more the cars in front and behind – a bit more racing.

“The only question mark obviously remains the visibility. It looks big, it looks the tyres might cover a bit and in street circuits it might be a bit difficult.”