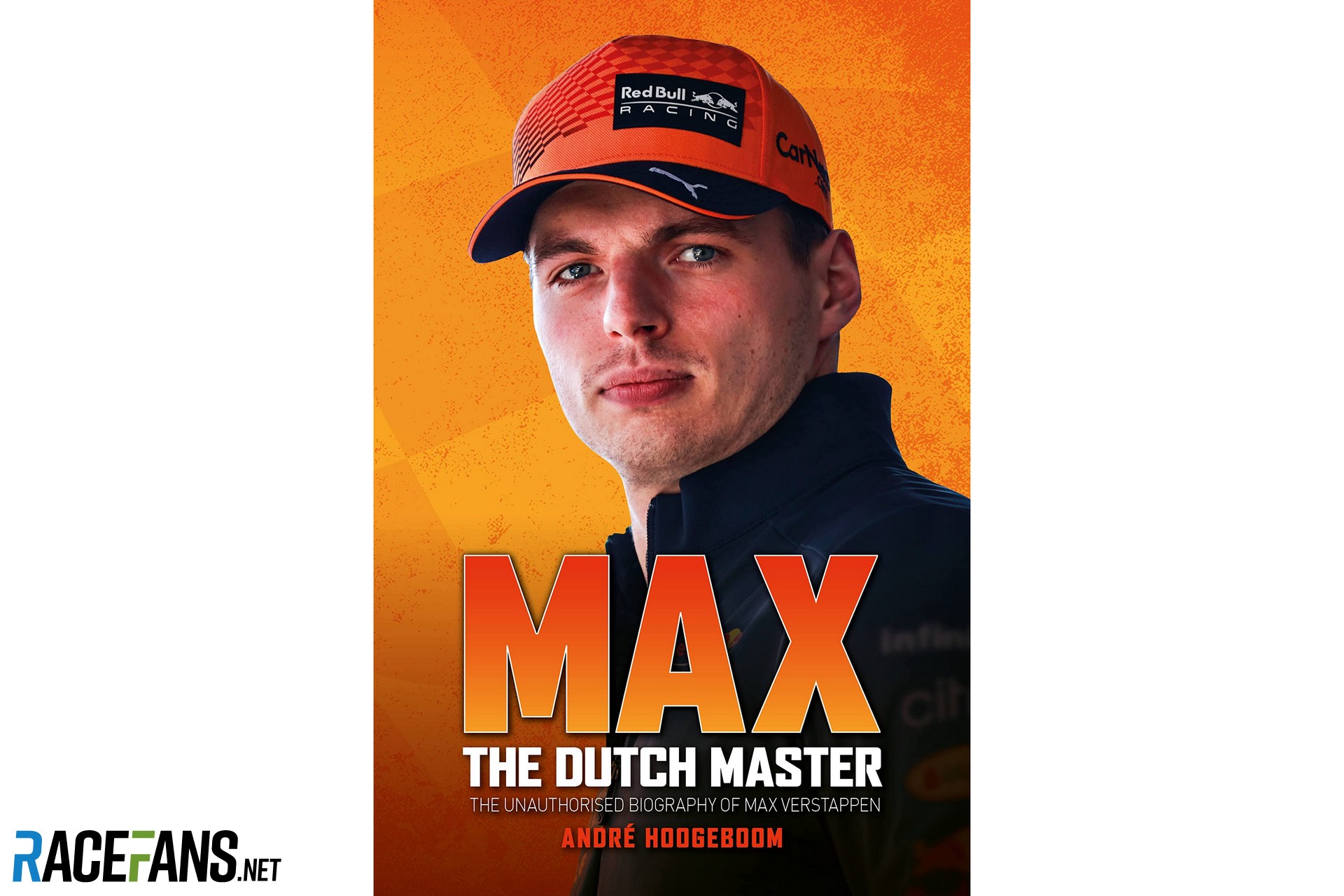 As only the second first-time Formula 1 world champion to be crowned over the last decade, it’s little surprise to see media interest in Max Verstappen reach an all-time high.

As F1’s hottest young property, ‘Max – The Dutch Master’ is not the first Max Verstappen biography to appear over the past few months. James Gray’s autumn offering provided a perfectly solid overview of Verstappen’s life and career prior to his title-winning season, whilst not having access to too many intimate sources.

In ‘Max – The Dutch Master’, author Andre Hoogeboom takes a different approach, writing unashamedly in Verstappen’s corner and covering his triumphant 2021 championship campaign. This isn’t one for the sceptics.

Eschewing a strictly chronological structure, key moments from Verstappen’s life and career are dropped in throughout. Hoogeboom does a fine job in covering the key incidents, pivotal moments, and getting behind-the-scenes – particularly for the early part of Verstappen’s career.

Unfortunately, Hoogeboom also comes up against the two big challenges of writing about Verstappen. First, he’s not the most fascinating subject; a young prodigy who is exceptionally talented but seems to be pleasant and well-rounded in his private life. “Crashed and Byrned” this is not.

Second, Verstappen is media-wary, fulfilling the core expectations with good grace but doing little more. The latter challenge is offset by Jos Verstappen providing some deep background, which seems to soften some of the karting anecdotes from Gray’s earlier book.

For the Verstappen fan there is much to enjoy in ‘Max’, with most contributors examining his immediately obvious special talent at length. There is no doubt that he was a generational talent in karting and Formula 3, and even less doubt after reading 100 pages of people telling you that.

As ever with Evro publications, ‘Max’ is well put-together with some great photos interspersed throughout (not dissimilar stylistically to Tom Kristensen’s ‘Mr Le Mans’) and Hoogeboom certainly knows and is passionate about his subject.

For a Verstappen fanatic, this will be high on the shopping list. There isn’t much to choose with the text itself between this and Gray’s effort, and if you’ve got one you probably don’t need the other. On one hand, Gray probed a bit deeper into some of the more difficult moments in Jos and Max’s father and son relationship, whilst Hoogeboom has the benefit of a more enticing layout, a title-winning season to include, and some great images.

In truth, the best book about Max Verstappen is probably 15 to 20 years away, but, for now, this is a perfectly fine addition to the bookshelf.