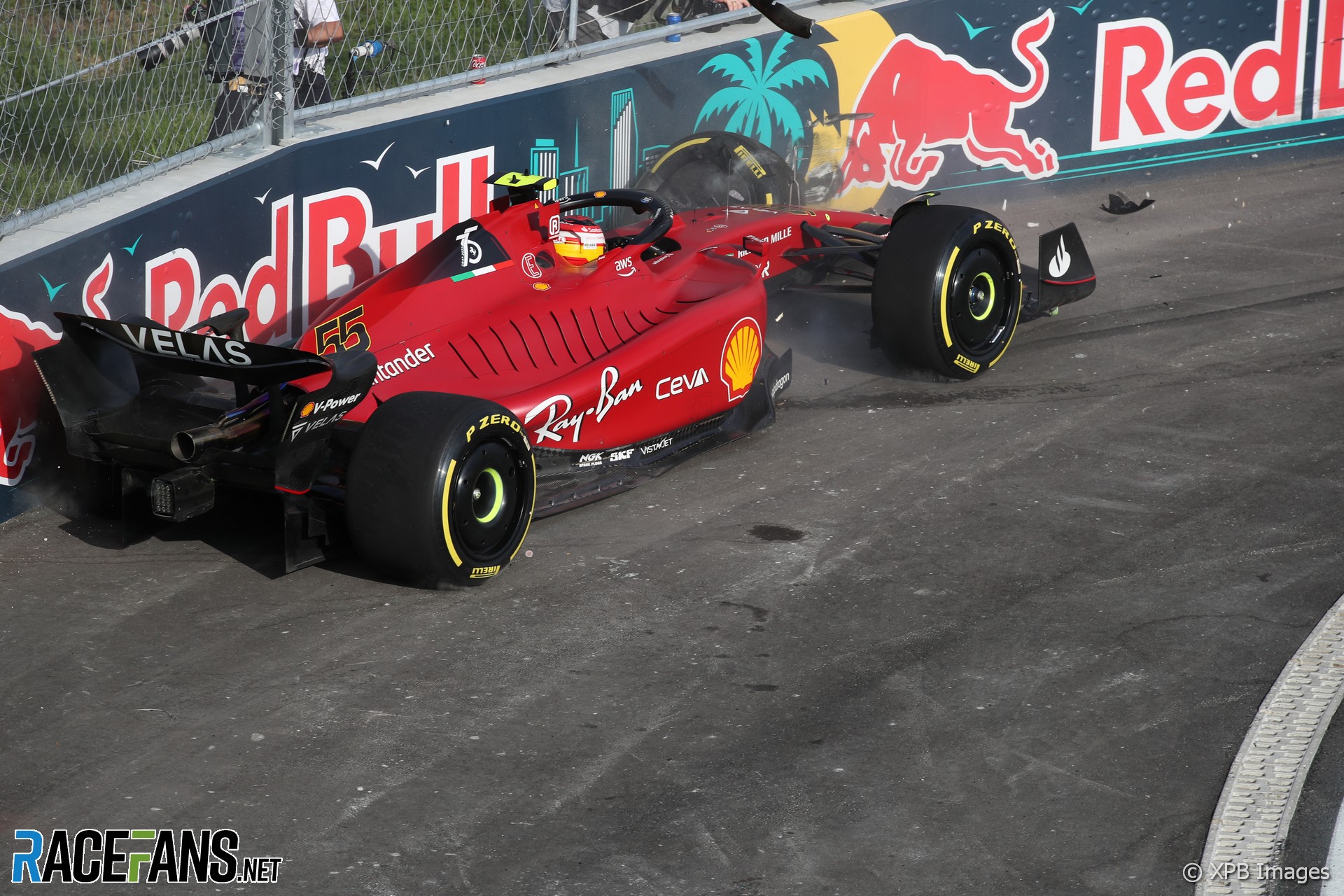 Carlos Sainz Jnr says his practice crash in Miami left him with a “knot” in his neck which he has been training to fix ahead of the Spanish Grand Prix.

The Ferrari driver crashed when approaching the tight chicane of turns 14-15 in second practice, spinning into a solid barrier and causing heavy damage to his car. The following day, Esteban Ocon suffered an almost identical spin, crashing with a registered impact of 51G into the wall and taking him out of qualifying that afternoon. Both drivers later said they did not feel at 100-percent physical condition during the Miami Grand Prix.

Speaking ahead of his home grand prix in Barcelona, Sainz admitted he had been training his neck for the race weekend after suffering from the physical after-effects of his accident.

“This last week I’ve been training back at home,” Sainz said. “I’ve been trying to recover from the slight knot that I have in my neck from the accident in Miami to arrive here fully prepared.

Despite his accident on Friday, no changes were made to the barriers at the corner, and Ocon’s impact on Saturday was comparable to Sainz’s. The Ferrari driver says he expressed his unease to the FIA about the lack of an impact-absorbing TecPro barrier after his accident and had expected them to act after raising his concerns.

“I think it was pretty clear,” Sainz said. “I was pretty vocal about it on Friday night. ‘Look, I crashed. I was at a very low speed and it hurt. It shouldn’t have hurt compared to other crashes I had in my career. Let’s do something in this corner.’

“The response was ‘it was a very freaky crash. It shouldn’t happen again’. And it happened.

“As far as I’m concerned, there was TecPro available to be put there and nothing happened. So we need a proper explanation to know exactly what’s the reason for not putting TecPro there to protect Esteban.

“At the end we left that weekend with two drivers with a sore neck and nearly two broken chassis for a very slow crash. So there’s definitely something to review.”