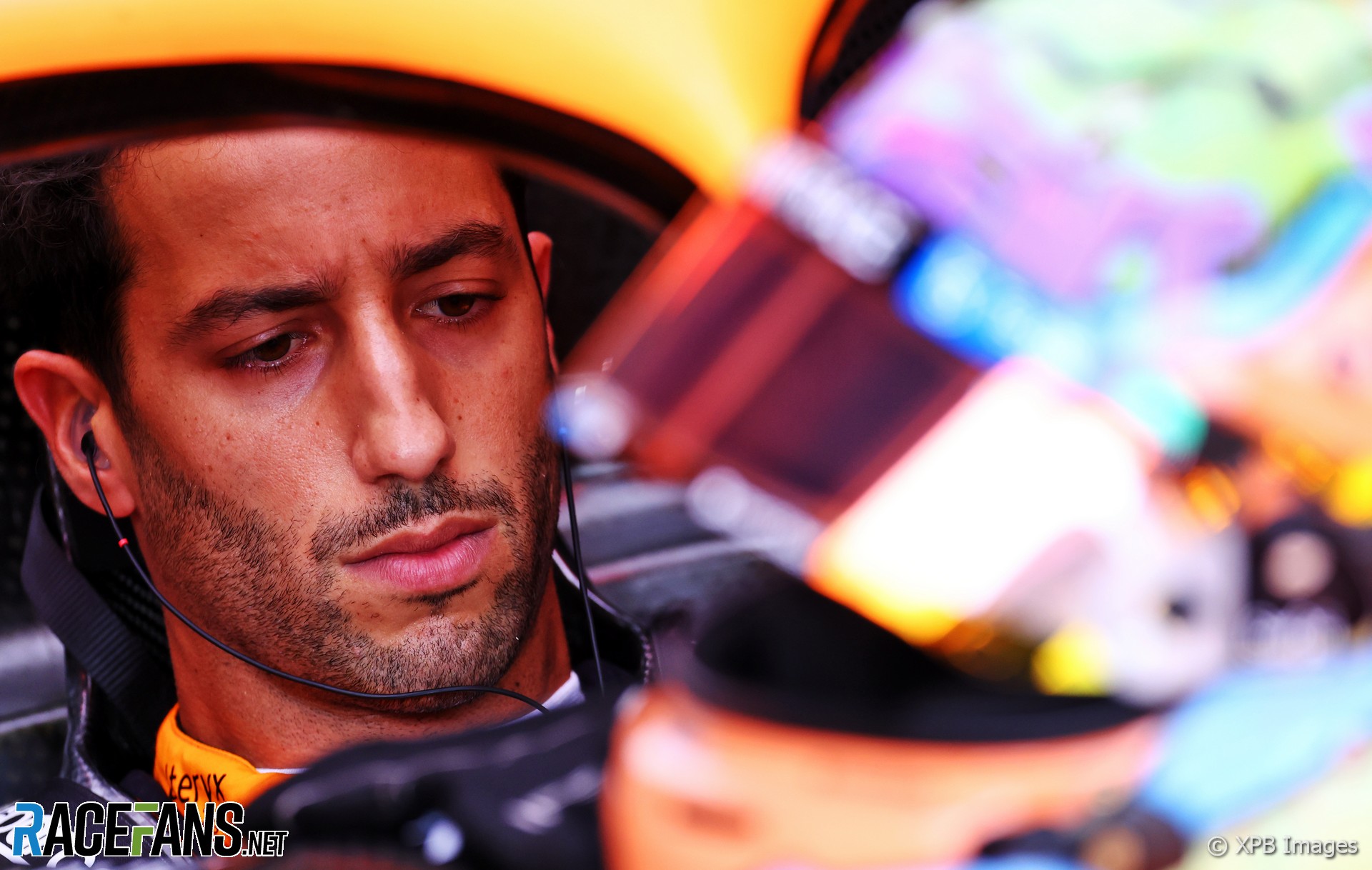 In Monaco, Daniel Ricciardo looked a far cry from the happy-go-lucky ‘honey badger’ we’ve grown to know and love.

He crossed the line 13th, seven places behind his McLaren team mate Lando Norris. Ricciardo’s poor form, which began last year and has shown little sign of improving, has prompted questions surrounding his future, just seven races into the season. Not least due to pointed comments from McLaren Racing CEO Zak Brown the week before.

Ricciardo’s future looked promising when he joined McLaren last season. The team signalled their commitment by signing him to a three-year contract which should keep him in orange until the end of next season.

When Ricciardo arrived, Brown gushed that they had “an incredibly exciting” driver line-up and that both drivers were “formidable racers on-track and great characters off-track”.

But the results proved hard to come by for Ricciardo. Despite a win in Monza, he was out-qualified by Norris 15 times in 2021, finishing 45 points behind in the drivers’ championship. Over the first six races of this season Norris amassed 39 points, including another podium, while Ricciardo’s 11 was less than Kevin Magnussen had accumulated in his Haas.

Speculation mounted that he may not see out his contract at McLaren following comments made by Brown in the week ahead of the race in Monaco. After Ricciardo’s 12th place in Barcelona, Brown told Sky: “We would obviously like to see Daniel much closer to Lando and have a good inter-team battle.”

“Daniel is just not comfortable yet with the car, we’re trying everything we can,” Brown continued. “Again it was a disappointing weekend.

“Short of Monza and a few races, it’s generally not kind of met his or our expectations, as far as what we were expecting.

“And I think all you can do is keep working hard as a team, keep communications going, keep pushing and hope that whatever is not kind of clicking at the moment clicks shortly.”

Responding directly to the comments from his boss during the press conference in Monaco, Ricciardo used his trademark humour to reflect on the seriousness of the situation, graciously answering the question.

“Well, it’s not false. It’s pretty true,” he said. “Firstly, comments like that I don’t take personally. My skin is tanned, beautiful and also thick.

“But no one’s going to be harder on me than myself. I know that I don’t want to be racing around in 10th, 12th places.

“I still believe I can be at the front, and belong at the front, so, it’s been a little bit more testing at times in terms of obviously trying to get up and maximise myself in this car.

“We’re working together hard at it and the team wants it, I want it and we’re just working through it.”

When pushed on more details regarding his contract length, Ricciardo added coyly: “It’s a three-year. So, end of ’23. And then… yeah, there’s, yeah… let’s say that.”

Arriving in Monaco, Ricciardo had finished ahead of Norris just twice in 2022. Matter did not improve in the principality. Ricciardo crashed heavily during practice and went out in Q2, almost seven-tenths of a second off his team mate, dooming him to circulate outside the points on Sunday. More salt to the wound.

There now seems a distinct possibility Ricciardo may not see out his McLaren deal. Speaking ahead of a visit to the Indianapolis 500, Brown reportedly said there were “mechanisms” in Ricciardo’s contract through which their commitment to each other could change.

Who could McLaren replace him with? Alpine offered its reserve driver Oscar Piastri to McLaren when Ricciardo was ill during testing, and is keen to find him a race seat for next year. Pato O’Ward, who finished runner up in the Indy 500 for McLaren SP, may also be a viable option, superlicence points depending.

Can Ricciardo turn things around before it comes to that? The pressure is on the 32-year-old’s shoulders to find answers to the problem he has been working on since last season.

“It’d be nice if I said, ‘oh, it’s just one corner or whatever’,” he explained. “But it’s just that incremental gains that I guess Lando – but to be honest the whole field – is able to make through Q2 and then into Q3.

“For me to get up to that, or to push my car on the limit and to get it out of myself, it’s still a little bit of difficulty or a battle.”

It’s a worryingly familiar situation to what Ricciardo went though in his first year at McLaren, he admitted. “It’s now really just trying to keep picking it apart and I’ll also try and learn from last year like this is unfortunately known territory from 12 months ago.”

Ricciardo’s faith in himself is impressively unshaken in the face of this latest setback. “Even after a day like today, have 100% belief in myself and ability. So [that] probably makes the result like this hurt more.

“So, that’s kind of where I feel or how I feel. It’s one of those things you just got to keep going. I would love to be in a different position, but I refuse to let it beat me down.”

Formula One is a mental game. For all the immense skill shown by drivers, history has proven they don’t perform if their head is not in the right place. McLaren have a tough choice in front of them if Ricciardo’s form does not improve, and the growing speculation will not help.

The harsh reality is that Ricciardo is not performing at his best and he, the team and his boss know that. All concerned would clearly rather see this resolved by Ricciardo rediscovering the form of his Red Bull and Renault years. But the past weeks have shown McLaren are beginning to think about what they do if that doesn’t happen.