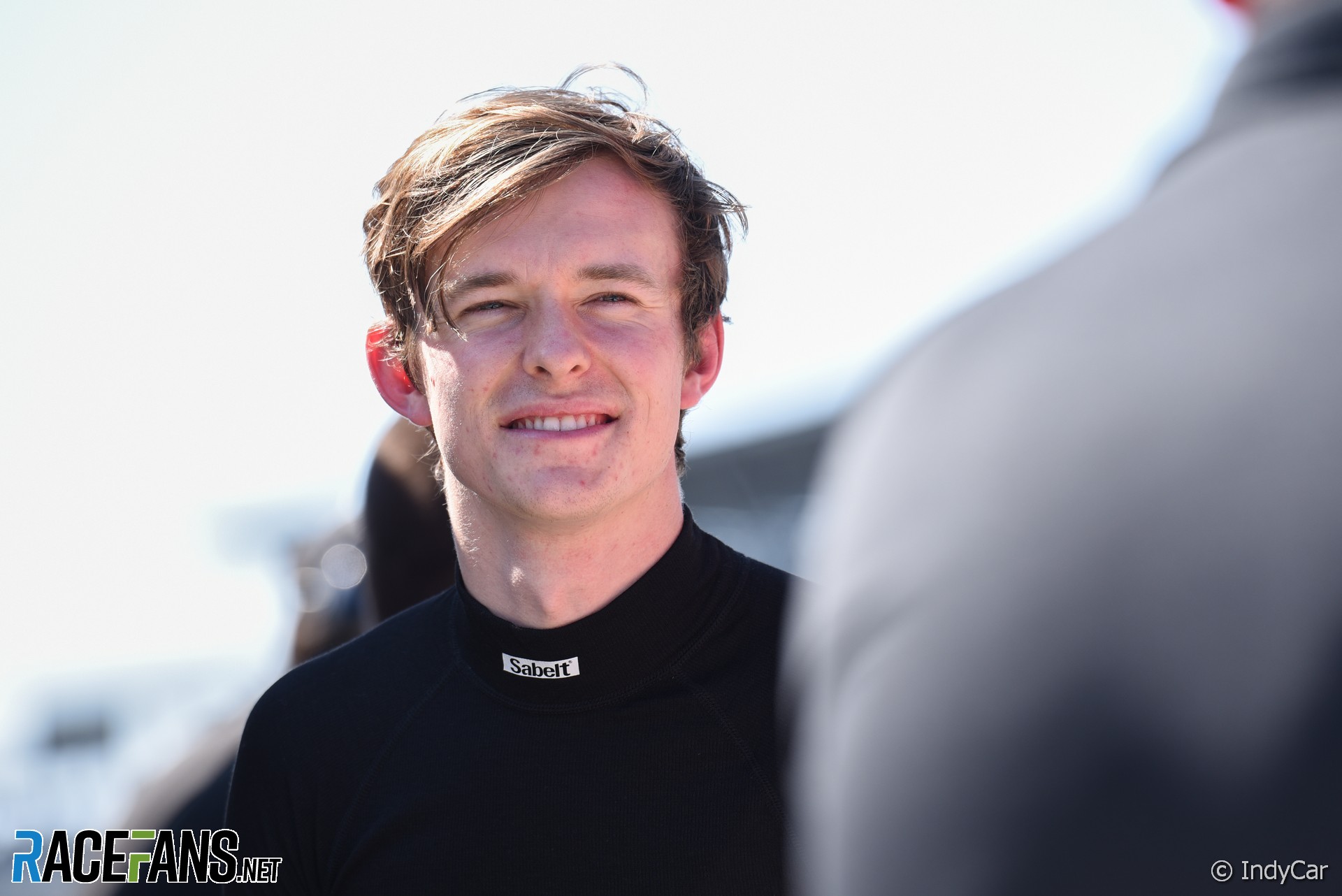 Callum Ilott has been cleared by IndyCar doctors to return to racing at this weekend’s round in Road America.

The Juncos-Hollinger driver was replaced by Santino Ferrucci at last weekend’s Detroit Grand Prix, after suffering a hand injury in his crash during the Indianapolis 500 a week earlier.

Ilott was advised by doctors to sit out the Detroit round in order to ensure his recovery. However, Juncos-Hollinger have announced today that he has been cleared by the IndyCar medical team and will return to his seat at the single-car outfit

“Having spent a week out of the car, obviously, in Detroit, looking at the racing from a slightly different angle, I can happily say I am going to be back in the car for Road America,” said Ilott.

“I have been cleared by the IndyCar medical team today,” he added. Although his recovery is not fully complete, the risk of aggravating the injury is now significantly reduced.

“We looked quite extensively at my hand and the risk of further damage is a lot lower,” Ilott said. “It’s still a factor, but the track surface in Road America is a lot less bumpy than Detroit.”

He will make his first start at the long, flowing road course this weekend. “I haven’t been there yet, but it’s a good, high speed, fun track and quite long as well,” said Ilott. There are some good overtaking zones, so it should be a fun weekend with a lot of action.

“I am super excited to get back in, coming off the momentum we had at the Indy Grand Prix we should be on for a good weekend.”

“We want to thank everyone at IndyCar’s Medical Team for their support and exceptional care provided to Callum,” Juncos said. “The focus has been on Callum’s healing progress, and he has been working hard each day to get back on track. We are looking forward to a great weekend at Road America and building off the momentum we had during May.”

Ilott lies 25th in the standings and scored his best result of the season do far with eighth place at the Indianapolis Grand Prix prior to the race in which he sustained his injury.

One comment on “Ilott cleared for Road America IndyCar return”