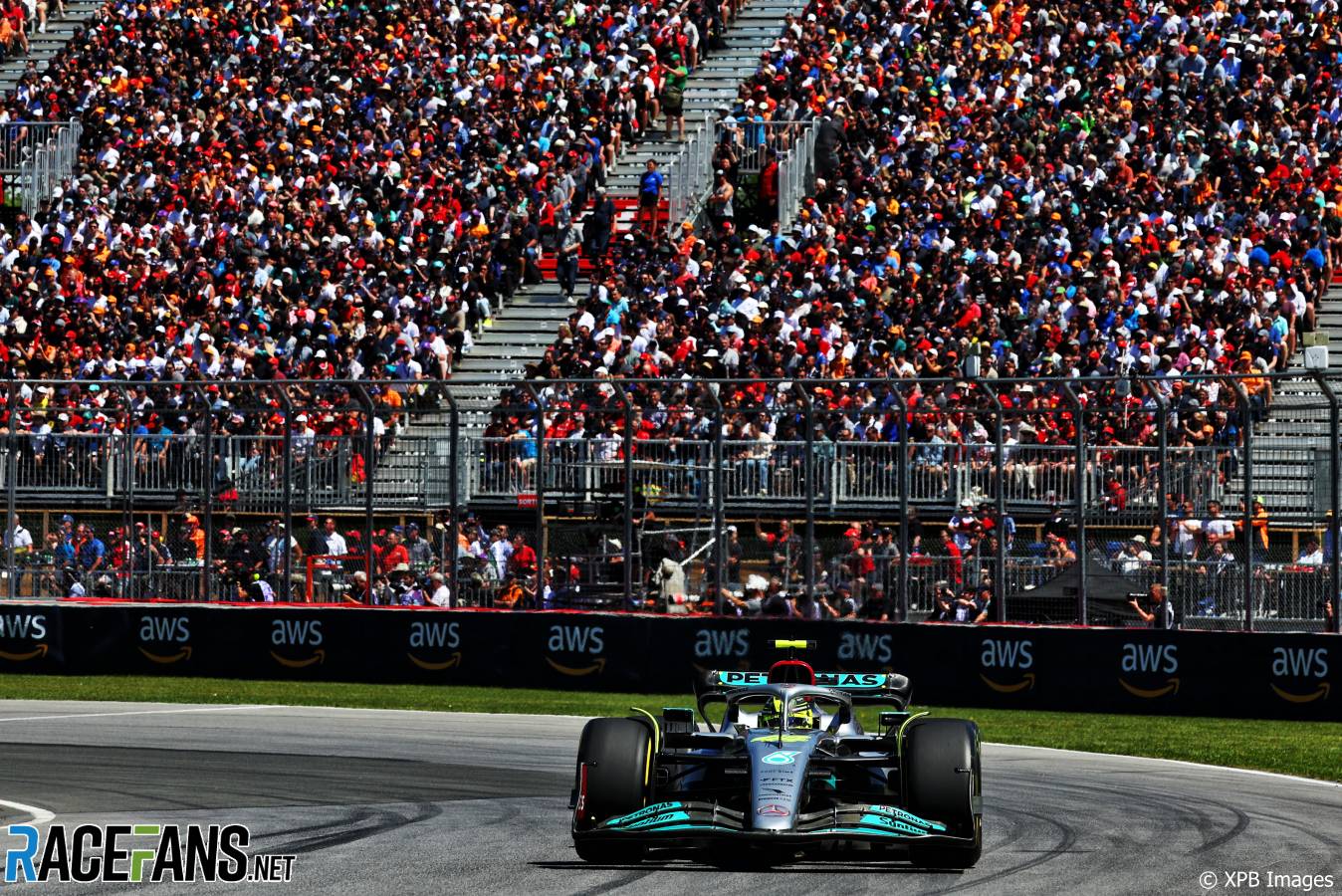 This was the sixth consecutive win for Red Bull, which is their second-longest streak of all time. They need three more to match their personal best and five more to equal the 34-year-old record held by McLaren.

Verstappen also took pole position – the 15th of his career but, remarkably, only his second of this season. The only other driver with 15 poles is his championship rival Charles Leclerc.

The Red Bull driver was denied a hat-trick of win, pole and fastest lap by Carlos Sainz Jnr, who claimed the bonus point. This is only the second time Sainz has set the fastest lap in a race – he previously did so at the 2020 Styrian Grand Prix.

Sainz finished second for the fifth time in his career. The only driver to have taken more second-place finishes without winning a race is Nick Heidfeld, who did so eight times.

It was also the fifth podium finish for Sainz this year, giving him one more than team mate Leclerc. Sainz also had the most podiums of the pair last season.

Lewis Hamilton returned to the podium for the first time since the season-opener in Bahrain. However it has been an unusually uncompetitive run for him lately in Mercedes’ W13.

He has now gone 10 consecutive races without scoring a win, which equals the longest such run of his career. He’s had 10 straight win-less races on three previous occasions.

After making his debut at the beginning of 2007 it took Hamilton just six races to achieve his first win, which came at that year’s Canadian Grand Prix. But his first championship victory in 2008 was followed by a lengthy win-less spell.

In circumstances similar to those he finds himself in today, Hamilton’s McLaren team failed to master a new set of regulations at their first attempt, and he languished off the pace in the opening races of 2009. Hamilton eventually took the upgraded MP4-24 to victory in Hungary after 10 starts without a win.

A further two long win-less spells followed his move to Mercedes at the end of 2012. He won once in his first season at the team, again in Hungary, either side of which he went for 10 races in a row without another victory.

Hamilton’s current win-less streak began after his victory in last year’s Saudi Arabian Grand Prix, followed by his controversial defeat a week later in Abu Dhabi. He is yet to lead a lap this year, though George Russell headed the field for four laps in the other Mercedes at the Spanish Grand Prix.

Russell followed his team mate home in fourth place, sustaining his streak of finishing every race in the top five. Reprising two themes from last week’s stats and facts, Russell is now only 15 points behind Leclerc, who has lost 95 points to Verstappen in six races.

However Leclerc managed an impressive recovery effort from 19th on the grid, climbing 14 places to finish fifth.

For the second time this year Fernando Alonso was penalised after the chequered flag. His demotion to ninth place promoted Zhou Guanyu, who had already achieved the best result of his career so far, to eighth.

Alonso’s Saturday was better: He claimed his first front row place since he took pole position for the 2012 German Grand Prix for Ferrari. At 40 years and 325 days, this made him the oldest driver to start a race from the front row since Michael Schumacher at that year’s Chinese Grand Prix (43 years and 103 days).

He wasn’t the only person who had a better Saturday than Sunday. Haas matched their best ever two-car qualifying performances of fifth and sixth, which they previously managed with Romain Grosjean and Kevin Magnussen at the 2018 Australian and German grands prix. Mick Schumacher’s sixth place was his highest starting position of his career.

Unfortunately neither he nor Magnussen were able to deliver points on Sunday. The team which left the season-opener third in the standings now languishes in ninth place, having failed to score in any of the last five rounds.

Schumacher has now started 30 races without scoring a point. Only five drivers have had longer point-less careers: Toranosuke Takagi, Brett Lunger, Max Chilton, Charles Pic and record-holder Luca Badoer, who failed to score in all of his 51 starts.

Have you spotted any other notable stats and facts from the Canadian Grand Prix? Share them in the comments.