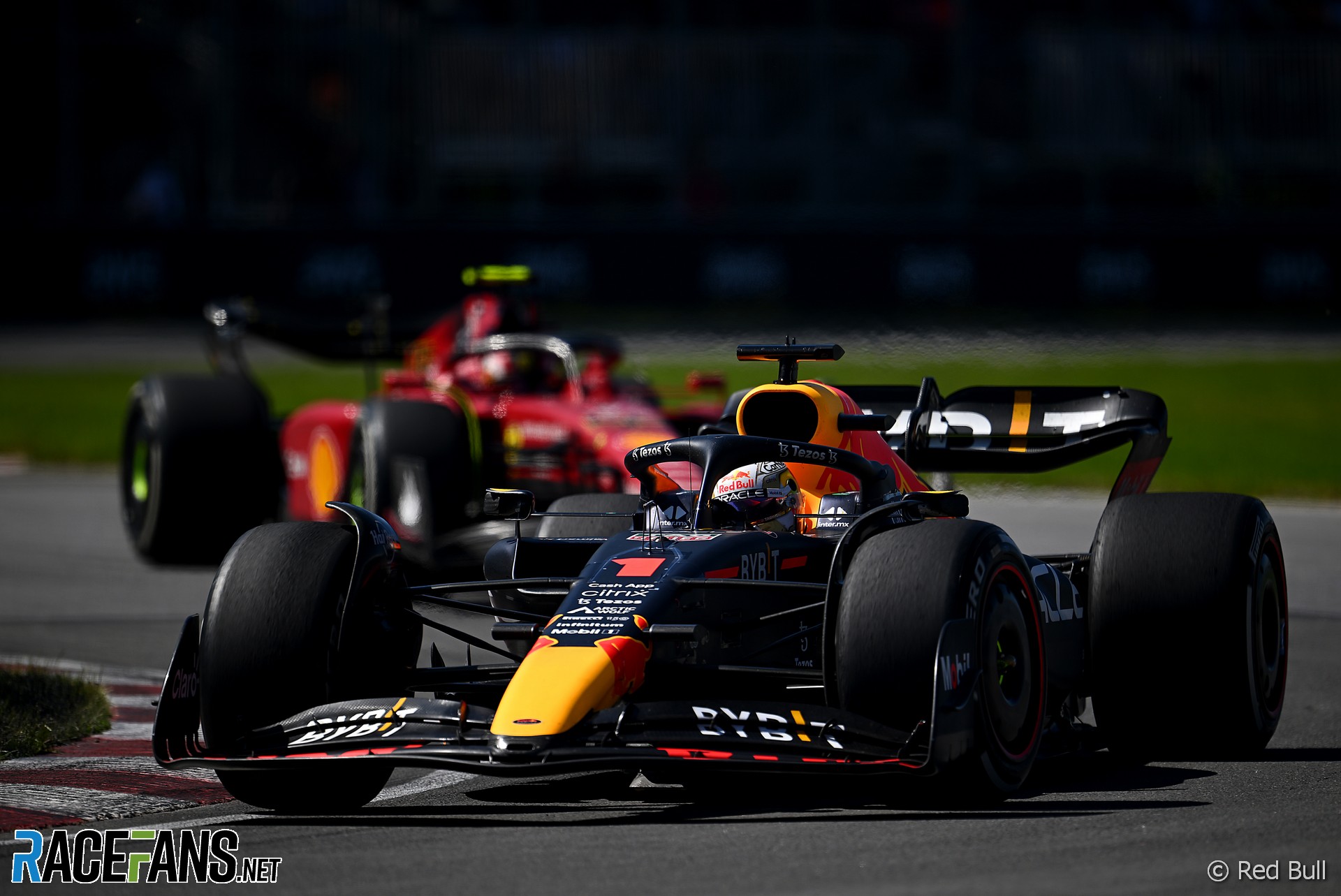 Max Verstappen says Red Bull need to find more pace from their car after narrowly resisting the threat from Ferrari in the Canadian Grand Prix.

Red Bull prevailed in a close fight with their closest rivals at Circuit Gilles Villeneuve after Verstappen withstood pressure from Carlos Sainz Jnr over the final laps.

“It was a tough race,” said Verstappen after his victory on Sunday. “I expected to have a little bit more pace but we seemed to lack a little bit compared to Carlos.”

“That’s of course the only one I could compare to, with the Ferrari, and it was a bit more difficult than I expected.”

Verstappen started from pole position, for only the second time this year, following a rain-affected qualifying session.

Charles Leclerc, Ferrari’s leading driver in the points standings, suffered a compromised race after starting 19th due to penalties for exceeding his allocation of power unit components. He has now fallen 49 points behind Verstappen in the championship.

Verstappen’s closest rival is his team mate Sergio Perez, who is 46 points adrift. However Verstappen believes Ferrari have the pace to catch them over the remaining 13 races.

“It’s still a very long way and I know the gap of course is quite big, but I also know that it can switch around very quickly,” he said. “I mean, at race three I was 46 behind.

“So we just need to stay calm, we need to focus, we need to improve, because today we were not the quickest.

“It swings a bit, like last weekend it looked good in the race, now it didn’t look as good. But we still managed to win and that I think is also a quality.

“We just have to work together with the whole team to try and just find little improvements in the car.”