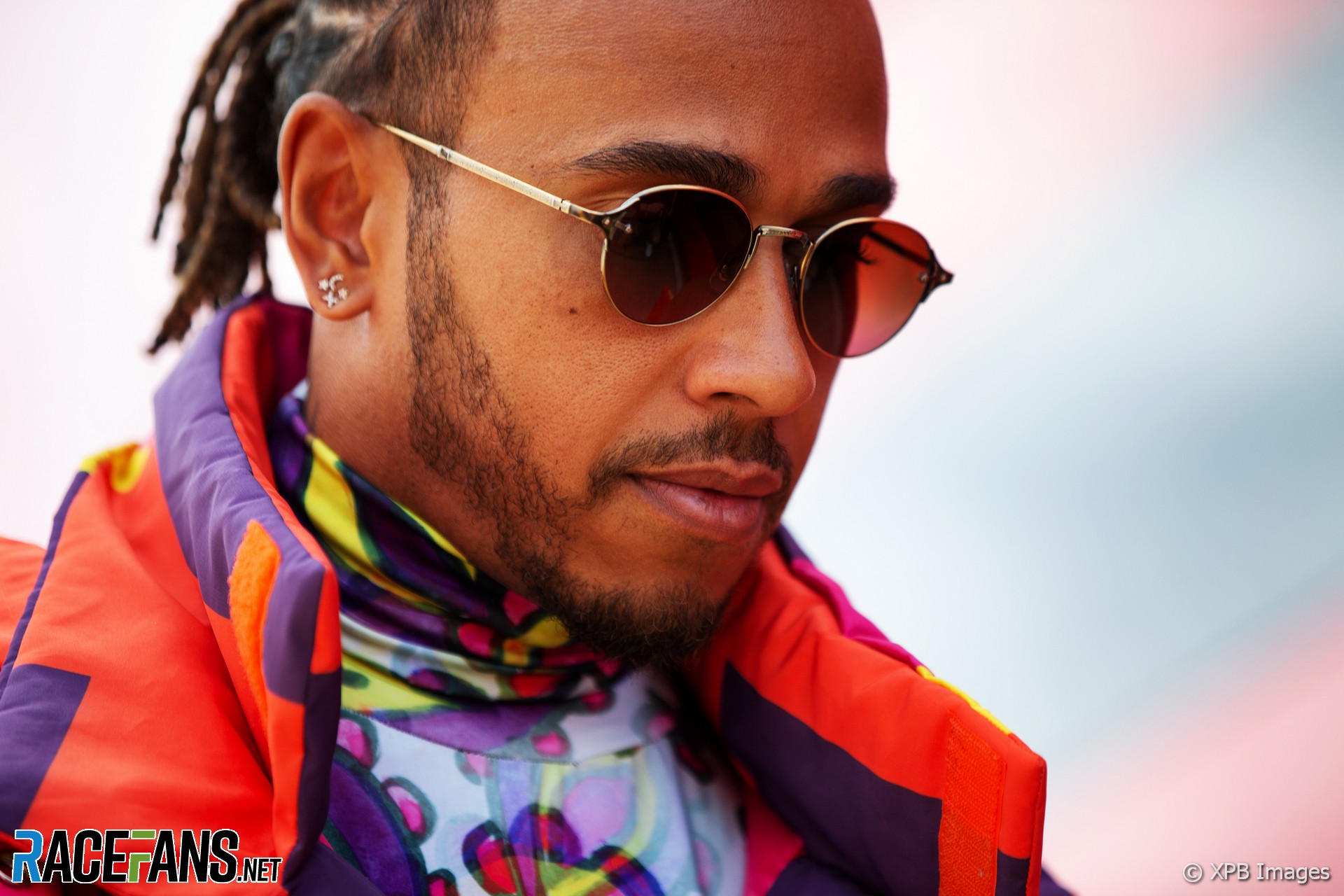 Lewis Hamilton says his dispute with the FIA over restrictions on drivers wearing jewellery won’t prevent him from competing in this weekend’s British Grand Prix.

The seven-times world champion clashed with the sport’s governing body earlier this year when it introduced a clamp down on drivers wearing jewellery in their cars. Hamilton previously said he has been given an exemption to continue wearing some items of jewellery which are fixed in place and expects that to continue for the rest of the season.

“I will be racing this weekend,” he said in yesterday’s FIA press conference at Silverstone. “I will be working with the FIA.”

Hamilton has spoken with FIA president Mohammed Ben Sulayem about the jewellery restrictions, and repeatedly said the sport’s governing body should focus on other priorities.

“I would say the matter is not particularly massively important,” Hamilton said. “So I will work with Mohammed and with his team so that we can progress forwards.”

“We’ve really got to start focusing on other more important areas,” Hamilton added.

He has won seven of the last eighth British grands prix, including the most recent three in a row. However Hamilton is yet to win a race this year in Mercedes’ uncompetitive W13.

The team has brought new parts for Hamilton’s home race which he hopes will help them close the gap to Red Bull and Ferrari.

“It is always nice having upgrades,” he said. “The amount of incredible work that goes on in the background is quite overwhelming. It’s phenomenal to see just everyone with their heads down staying focused and delivering.

“It’s always a big push to bring these components to a race, particularly under the circumstances we’re all faced with this year, in terms of the cost cap, for example.

“So I’m very proud of everyone, very grateful for everyone’s incredible hard work and I hope that it reflects when we put it on the track. Earlier on in the year, for example, we did put an upgrade on and weren’t able to extract it all. So I hope that that’s different this time.”