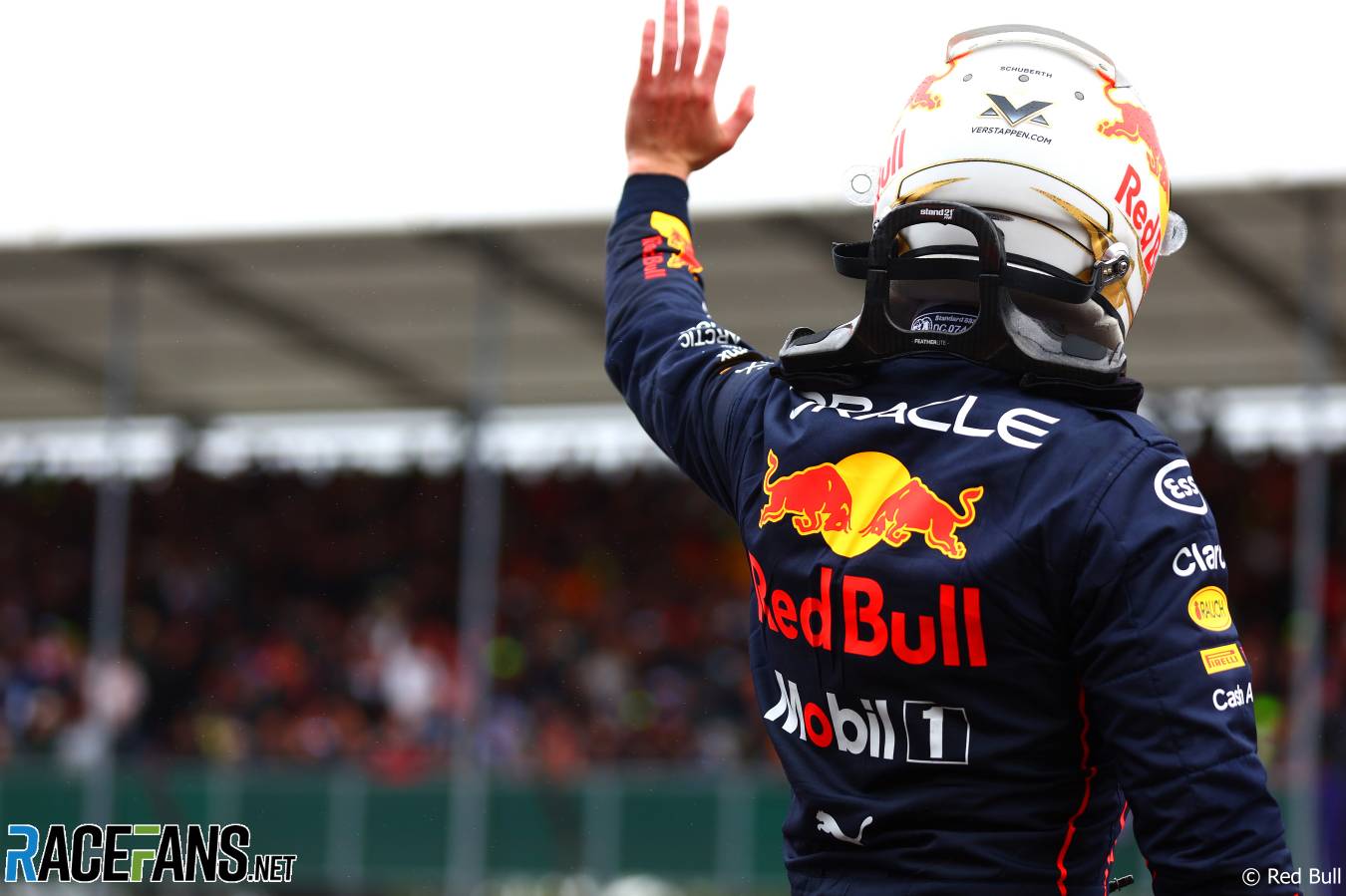 Lewis Hamilton said he didn’t agree with the fans who booed Max Verstappen after qualifying for the British Grand Prix, but suspects some of them are “feeling the pain from last year.”

Verstappen narrowly beat Hamilton to last year’s world championship in highly controversial circumstances. The pair also clashed on several occasions, including at Silverstone, though Hamilton was able to win the race after Verstappen crashed out at high speed.

Jeers greeted Verstappen after he qualified second on the grid for this weekend’s race. But Hamilton told the Silverstone fans “I think we’re better than that.”

“I would say we don’t need to do booing. We’ve got such great fans and our sporting fans, they feel emotions up and down. But I don’t I definitely don’t agree with booing and I don’t think we need to do that.

“We should be here pushing everybody,” he added. “It doesn’t make any difference when you boo someone. They’ve already made the mistake or whatever it is.”

Hamilton suspects the strength of feeling against Verstappen has arisen from last year’s controversial championship fight.

“I really do appreciate the support that I have here,” he said. “Maybe some of them are feeling the pain from last year still. And so either way, I appreciate it.”

Hamilton’s Mercedes team principal Toto Wolff echoed his words. “I think we shouldn’t be seeing any booing in any sports,” he said. “I think that’s unsportsmanlike.

“It’s clear that we love the support the drivers have here, and the team, that’s fantastic, the enthusiasm. But if you’re not into the others just remain silent, I think that would be a good way.

“The booing, I think none of the drivers deserve any booing, whatever happened last year, whatever the competition is.”

Wolff believes it is positive that Formula 1 arouses strong feelings in fans but said it is “abusive” to direct boos at drivers when they are on the podium or being interviewed.

“I think if you try to see the positives it’s that people are very emotional about drivers and characters and we want to create emotions, I think, rather than being down-the-middle, everybody’s a bit not emotionally engaged. I’d rather have them emotionally engaged. So that’s on the up-side.

“Being emotional, a sport that is controversial because you’re a fan and not a fan of one or the other driver, that’s good, but there is a certain limit which we shouldn’t over-step.”