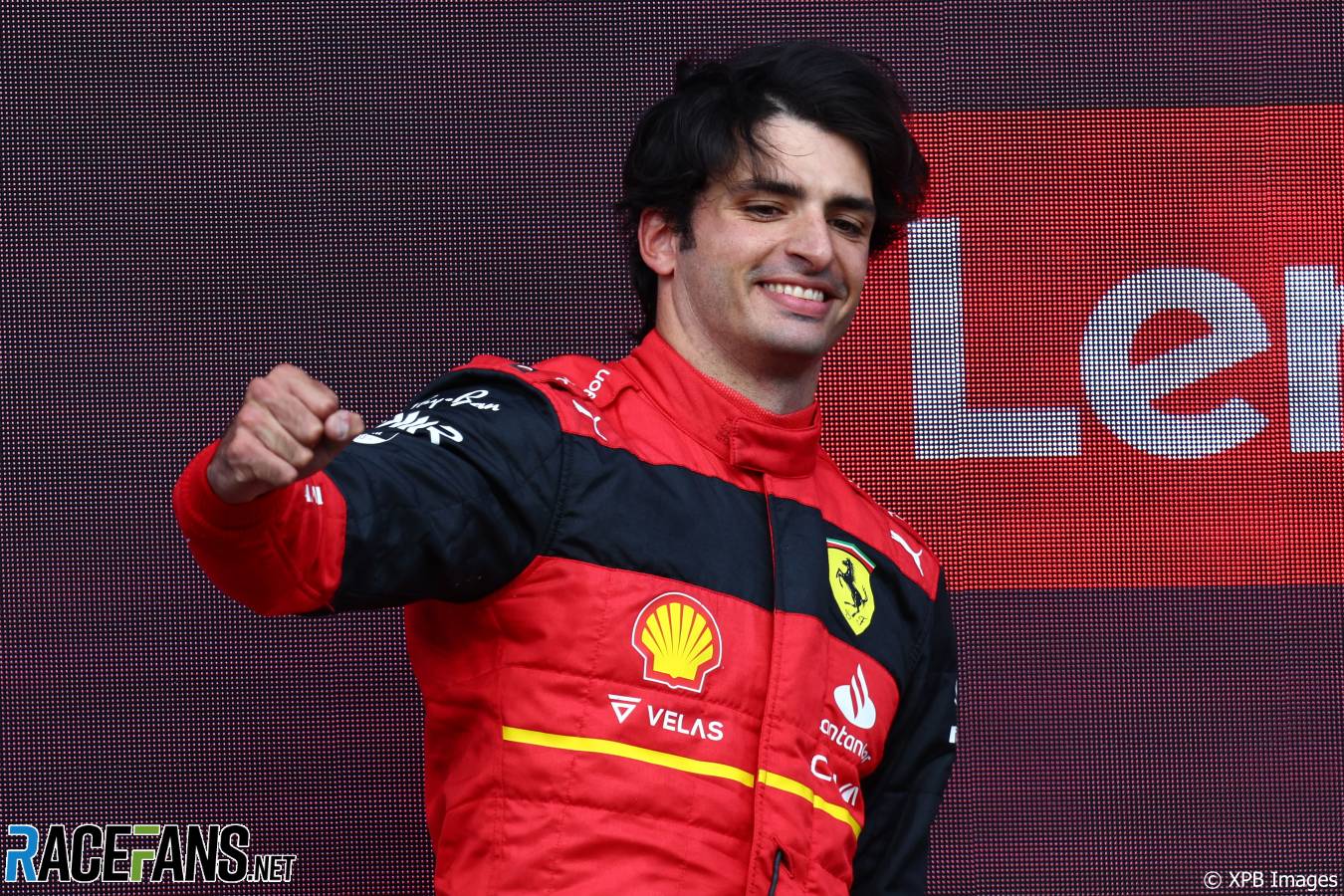 The British Grand Prix produced a new race winner in Carlos Sainz Jnr, who took his first victory in his 150th start.

That’s the second-longest wait a driver has had for their first win. Sergio Perez, who finished second on Sunday, took 190 races to claim his maiden victory at the 2020 Sakhir Grand Prix.

F1 has had a spate of new winners over the last two years. Sainz in the fourth driver to claim their first victory within that time, joining Perez, Pierre Gasly (2020 Italian Grand Prix) and Esteban Ocon (2021 Hungarian Grand Prix).

Those four drivers took their first wins in the last 42 races. In comparison, the four first-time winners before them appeared over the preceding 121 races.

The current grid is therefore well-stocked with race winners. Sainz’s victory means 11 of the 20 drivers – more than half – have won at least one race.

Sainz took his first pole position 24 hours earlier. This was also at his 150th attempt, and also leaves him behind Perez, who took a record 215 races to claim his first pole in Saudi Arabia earlier this year.

In the history of the world championship, Sainz is the 112th driver to win a points-scoring round and the 104th driver to set pole position. He is the first Spanish driver besides Fernando Alonso to win a race, and puts their country level with the USA in terms of total wins in the championship: 33.

Sainz was so happy with his breakthrough win he laughed “I don’t care!” when told on his radio that Lewis Hamilton denied him the fastest lap of the race. This was the 60th of Hamilton’s career.

The Mercedes driver also led a race for the first time this year. He has now led races in 16 consecutive seasons, which is a new record, putting him ahead of Michael Schumacher.

At his 31st attempt, Schumacher’s son Mick Schumacher claimed his first points with an eighth-place finish. The longest wait a driver had to score their first points was Nicola Larini’s 44-race wait to get on the board, which occured back when only the top six finishers scored points.

Schumacher is only the second driver in F1 history to score points in car number 47. The first was Stoffel Vandoorne when he finished 10th on his debut for McLaren in the 2016 Bahrain Grand Prix.

The ever-improving Zhou Guanyu out-qualified his team mate for the third race in a row and improved his career-best qualifying position for the second weekend running. That excellent work was undone by his frightening first-lap crash which led the British Grand Prix to be red-flagged on lap one for the second year in a row.

Sainz’s victory means Ferrari increased their haul of British Grand Prix wins to 18, which is the most of any team. They now have four more than McLaren, who have not won their home race since Hamilton’s triumph for them in 2008. Ferrari is the only team besides Mercedes to have won this race in the last 10 years, though in 2020 Red Bull won the extra Silverstone rounds, dubbed the 70th Anniversary Grand Prix.

Finally, Fernando Alonso achieved another career longevity record. He overtook Kimi Raikkonen as the driver who has raced the longest distance in Formula 1. Alonso has covered 92,643 kilometres in races – for Minardi, Renault, McLaren, Ferrari and Alpine – 47km more than his 2014 team mate.

Have you spotted any other interesting stats and facts from the British Grand Prix? Share them in the comments.