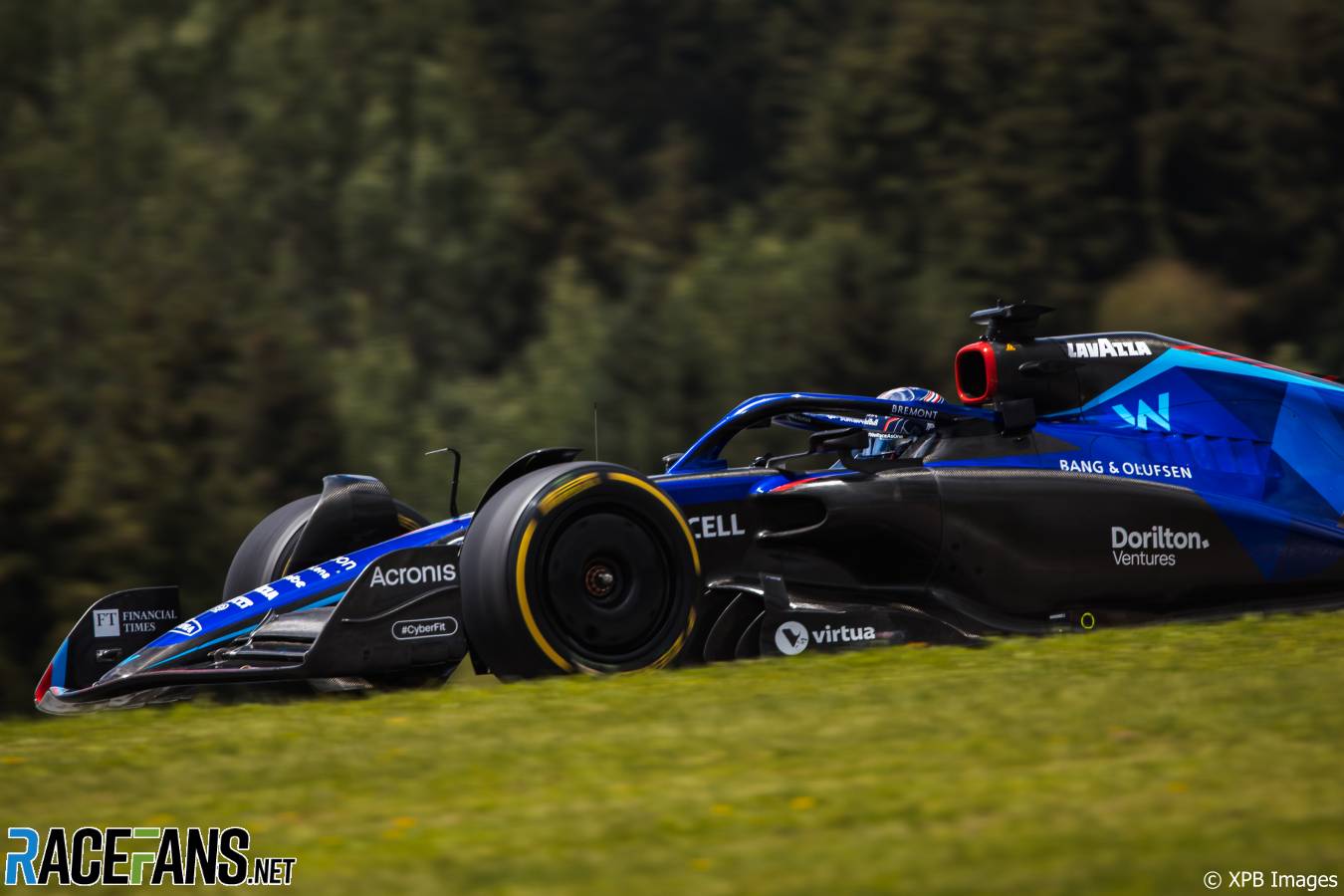 The pair were battling over 11th place on lap four of the sprint race when Norris attempted to pass the Williams using DRS around the outside of turn three. After rounding the apex side-by-side, Norris bounced over the yellow sausage kerb on the exit of the corner and onto the run off, allowing Albon to retain position.

“He pushed me completely off,” claimed Norris over team radio. “I was ahead of him and he pushed me off.”

“Yeah, we saw it,” replied Norris’s race engineer Will Joseph. “It’s just like we discussed earlier.”

Norris eventually passed Albon on lap six and went on to finish 11th, while Albon crossed the line in 13th but fell to 16th on the grid after the stewards handed him a five second time penalty for deeming him to have forced Norris off the circuit. Albon was also handed two penalty points on his superlicence, bringing him to a total of six over the last 12 months and half way towards a potential race ban.

Albon claimed the incident was unintentional and a result of the characteristics of his Williams which make it challenging for him to race closely with other drivers.

“I’ll let you make what you saw of it but, for me, I was pretty much in front going on the brakes,” Albon explained. “So I braked where I can brake and unfortunately we are quite sensitive on the aero, especially on the front, and when a car goes late on you around the outside, that’s it.

“I would have easily made the corner if I was in front, but just the way how much later he braked, I caught the dirty air almost in the middle of the overtake. You saw we were struggling out there today. We didn’t have much grip, so understeered wide, but there was no attempt to push him wide, it was just the limitation of what we have. It is hard for us to battle around other cars and that’s the simple fact of it, I think.”

Albon said he disagreed with the stewards decision to penalise him for the incident. “Obviously, I’m going to say it’s an unfair penalty because I’m not that kind of driver,” he explained. “I’m not trying to force anyone off the circuit.”

After a number of drivers were either noted or investigated for forcing rivals off the track at the end of last weekend’s British Grand Prix but no penalties were applied, Albon believes his penalty may be a legacy from how similar incidents had been handled at Silverstone.

“I’m not surprised because we complain about it and then they go extra hard the next race, it’s the same with most things,” Albon said.

“I think Lando didn’t lose much, he overtook me after so I think there needs to be a little bit of forgiveness and understanding as well. We’re not all driving the same cars out there. I feel like we got done by, we lost three or four positions there for the main race and I don’t think it was deserved.”

The incident comes amid growing tensions between drivers and the FIA race control structure after a drivers meeting on Friday evening saw Sebastian Vettel walk out in frustration. Other drivers, such as Fernando Alonso, have been openly critical of what he perceives as inconsistent application of racing rules, with George Russell saying there was “no accountability” from the FIA race director and stewards in the current system.

Asked by RaceFans if he felt his penalty was another example of inconsistency in stewarding decisions this season, Albon said “yeah, it does.”

“We had a long chat in the driver’s briefing about this kind of stuff and you’ve seen it,” Albon continued. “There tends to be, when people complain about a decision, the next race it becomes extra tough on that decision, whatever it may be. So it’s the rules.

“We’ve talked about ‘let them race’ after Silverstone and then we can’t race in Austria. So it’s tricky and it’s a moving goalpost for us – we don’t really know what we can and cannot do. Anyway, it is what it is.”