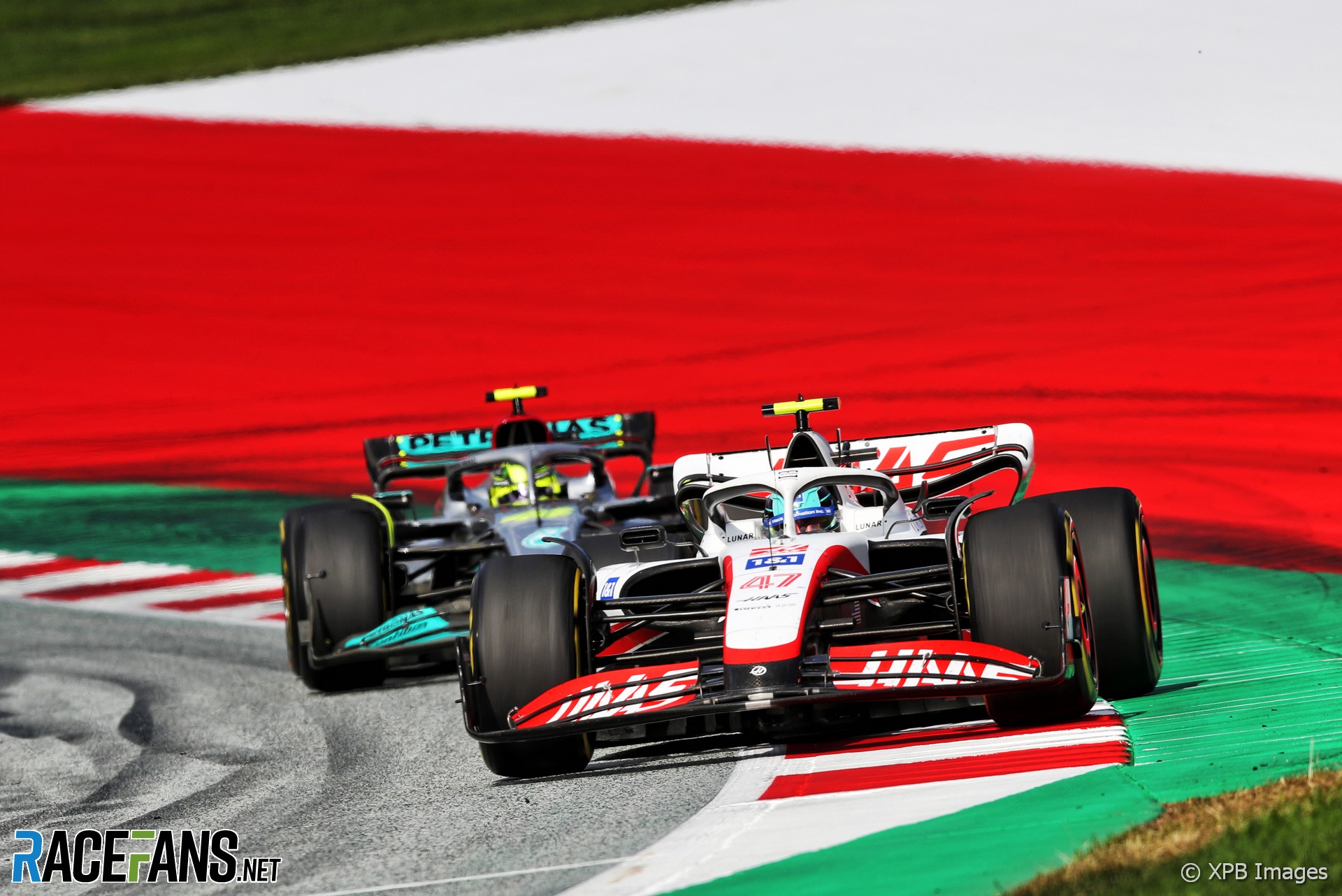 He took many laps to find his way past Mick Schumacher’s Haas. Having done that, Hamilton finished the race behind the other Haas of Kevin Magnussen.

“The Ferrari power is just too much for us at the moment,” Hamilton said in response to a question from RaceFans after finishing eighth. “I don’t know if it’s drag or if it’s power, it’s difficult to quantify which one it is.”

Hamilton, whose car was repaired after he crashed in qualifying yesterday, said it “wasn’t particularly the most fun [of] races” for him after he collected more damage in a first-corner collision with Pierre Gasly.

“I didn’t feel that quick,” he said. “I think there was something not right with the car after that.

“But a big, big thank you to my team for putting the car together. They worked crazy hard overnight and this morning to keep us in the race. So I hope tomorrow is a bit of a better day.”

He believes there was “something wrong with the steering” following the contact. “Probably the corner weights could be off, could have big toe-in on the front-right or something like that.”

Having started from ninth place, Hamilton found himself squeezed between Gasly and the Williams of Alexander Albon on the run to turn one.

“I just got a bit of wheelspin and was under attack from the cars around me and then Pierre just moved over on me so I had nowhere to go,” he said.

He admitted he was “lucky” to take a point from the race after that. “I’m just grateful to have finished.”

20 comments on “Hamilton: Haas fight shows “Ferrari power is too much for us at the moment””