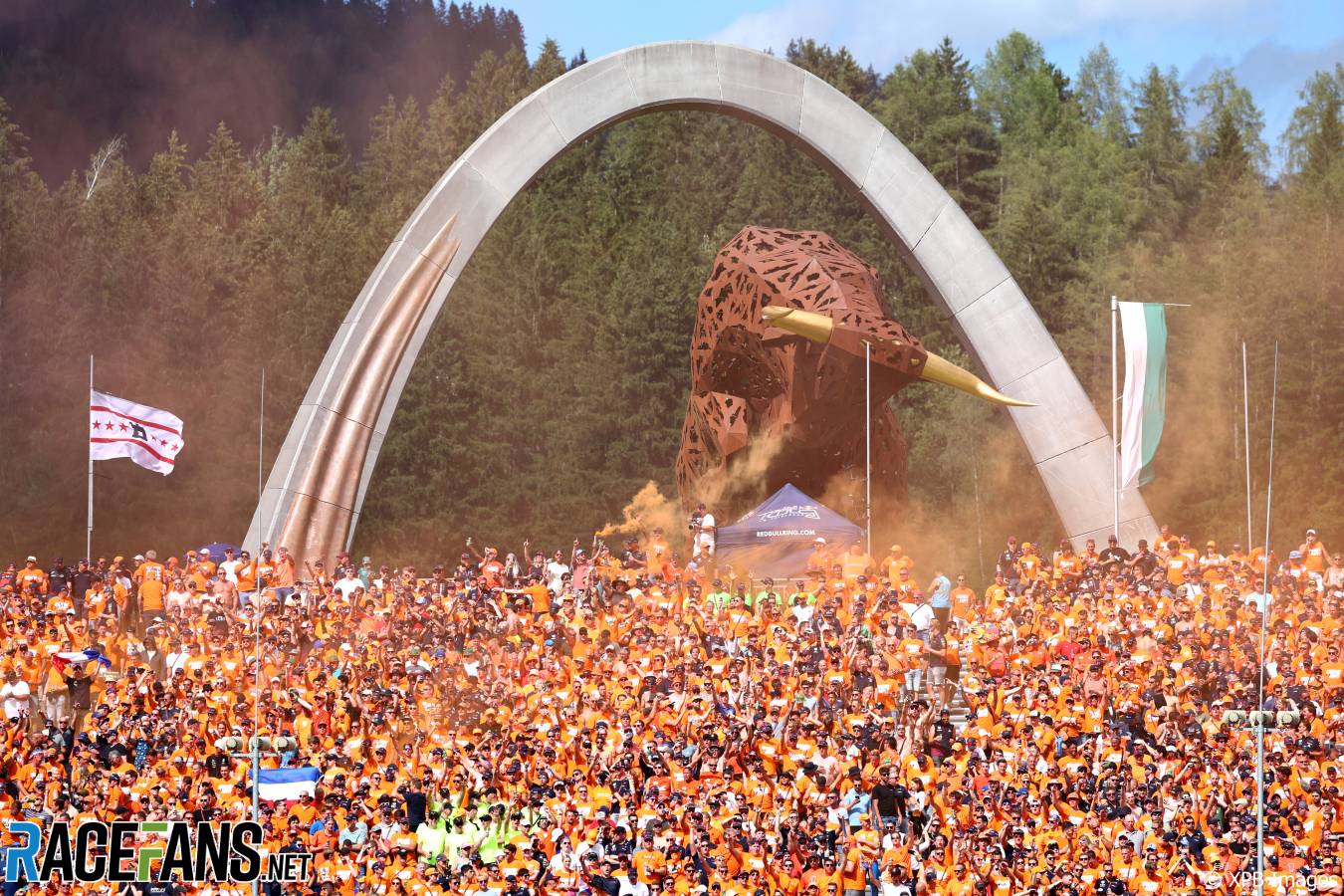 Formula 1 has acknowledged concerns over the behaviour of some fans at the Austrian Grand Prix after reports of racist, homophobic and misogynistic abuse were posted on social media.

A spokesperson for the series confirmed it will raise the reports with the promoters of the event at the Red Bull Ring.

“We have been made aware of reports that some fans have been subject to completely unacceptable comments by others at the event,” said the spokesperson. “We have raised this with the promoter and security and will be speaking to those who have reported these incidents and are taking this very seriously.

“This kind of behaviour is unacceptable and will not be tolerated and all fans should be treated with respect.”

Several complaints about the behaviour of some fans were posted on social media yesterday.

“The behaviour has been… disappointing,” wrote one Twitter user. “My expectations were low but, holy cow, racist, homophobic slurs, cat-calling, inappropriate talking and touching the list goes on.”

“I can also confirm that it is bad,” wrote another user on Twitter, who claimed they were targeted within an hour and a half of arriving at their campsite at the track. “I got a misogynistic comment, and afterwards it went downhill with inappropriate touching and many more misogynistic comments.”

“I thought last year it was bad but this year is worst,” they added. “It is sad [because] the grand prix itself is so wonderful!”

RaceFans understands that the race organisers are increasing the presence of security and stewards in grandstand and fan areas around the circuit for the final day of the event. Anyone attending the race who feels unsafe is being encouraged to find a steward or security personnel and report any inappropriate behaviour.

Lewis Hamilton said in a social media post he was “disgusted and disappointed to hear that some fans are facing racist, homophobic and generally abusive behaviour at the circuit this weekend.”

“Attending the Austrian Grand Prix or any GP should never be a source of anxiety and pain for fans and something must be clone to ensure that races are safe spaces for all,” he added. “Please, if you see this happening, report it to circuit security and to F1, we cannot sit back and allow this to continue.”

More on this story: Mercedes brought Hamilton fan into garage after sexist abuse at Austrian GP