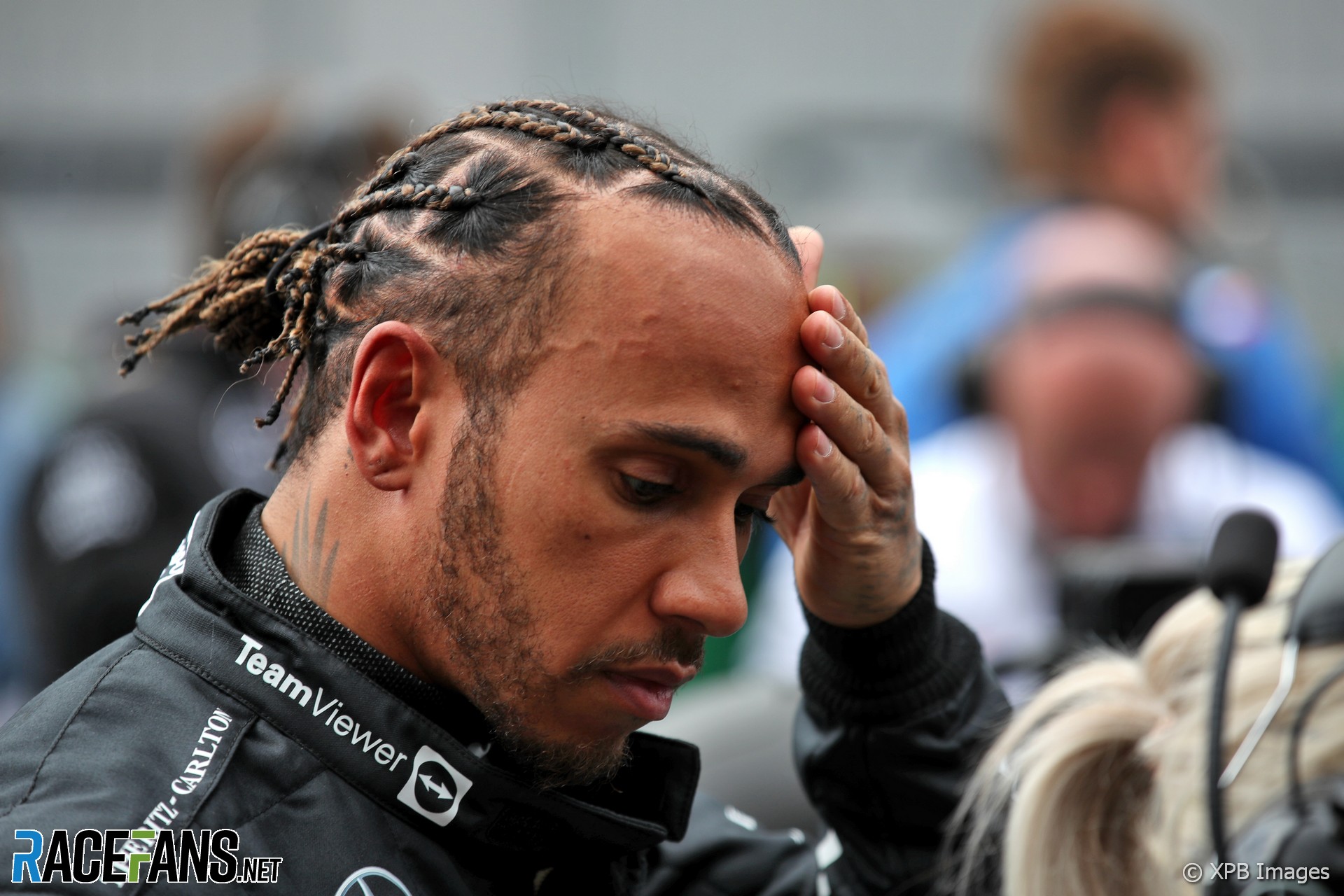 Lewis Hamilton says it was “mind-blowing” some spectators cheered when he crashed during qualifying for the Austrian Grand Prix sprint race on Friday.

The Mercedes driver’s crash in Q3 was greeted by cheers from some in the crowd at the Red Bull Ring.

“I didn’t hear them during [it], I was going through a bunch of stuff in the crash,” said Hamilton when asked by RaceFans. “But to hear it afterwards, I don’t agree or condone any of that, no matter what.

“I mean, a driver could have been in hospital and you’re going to cheer that? It’s mind-blowing that people would do that, just knowing how dangerous that sport is. I’m grateful that I wasn’t in hospital and I wasn’t heavily injured.”

Hamilton also criticised fans at Silverstone last week for booing Max Verstappen when his rival was being interviewed.

“You should never cheer someone’s downfall or someone’s injury or crash,” he said. “It shouldn’t have happened in Silverstone, even though it wasn’t a crash, and it shouldn’t happen here.”

McLaren’s Daniel Ricciardo said he understood why fans cheer for and against some drivers, but the danger involved in crashes means they should be treated with more respect.

“An accident falls into a bit of a different kind of territory,” he said. “For sure rivalries are great, and the Lewis and Max one especially last year was awesome, and like any sport you’re always going to have for and against. So I think on-track battles to be cheered or whatever is cool.

“I’ve never been a fan of booing so I don’t condone booing. Of course you’re going to have the ones you like and the ones that you don’t necessarily root for. But I think in an accident, you wish not to see it.”

Fans should remember drivers are “also human beings”, said Ricciardo. “People have to remember that sometimes.

“It’s easy when you’re in the crowd all day and you’ve obviously had a few beers and that and if the guy next to you does it then you think it’s okay that you can do it.

“But I feel like you get to an age where you also mature and you realise that, okay what I did when I was 15, I shouldn’t be doing as a 30-year-old man. You have to be a little more sensible.”