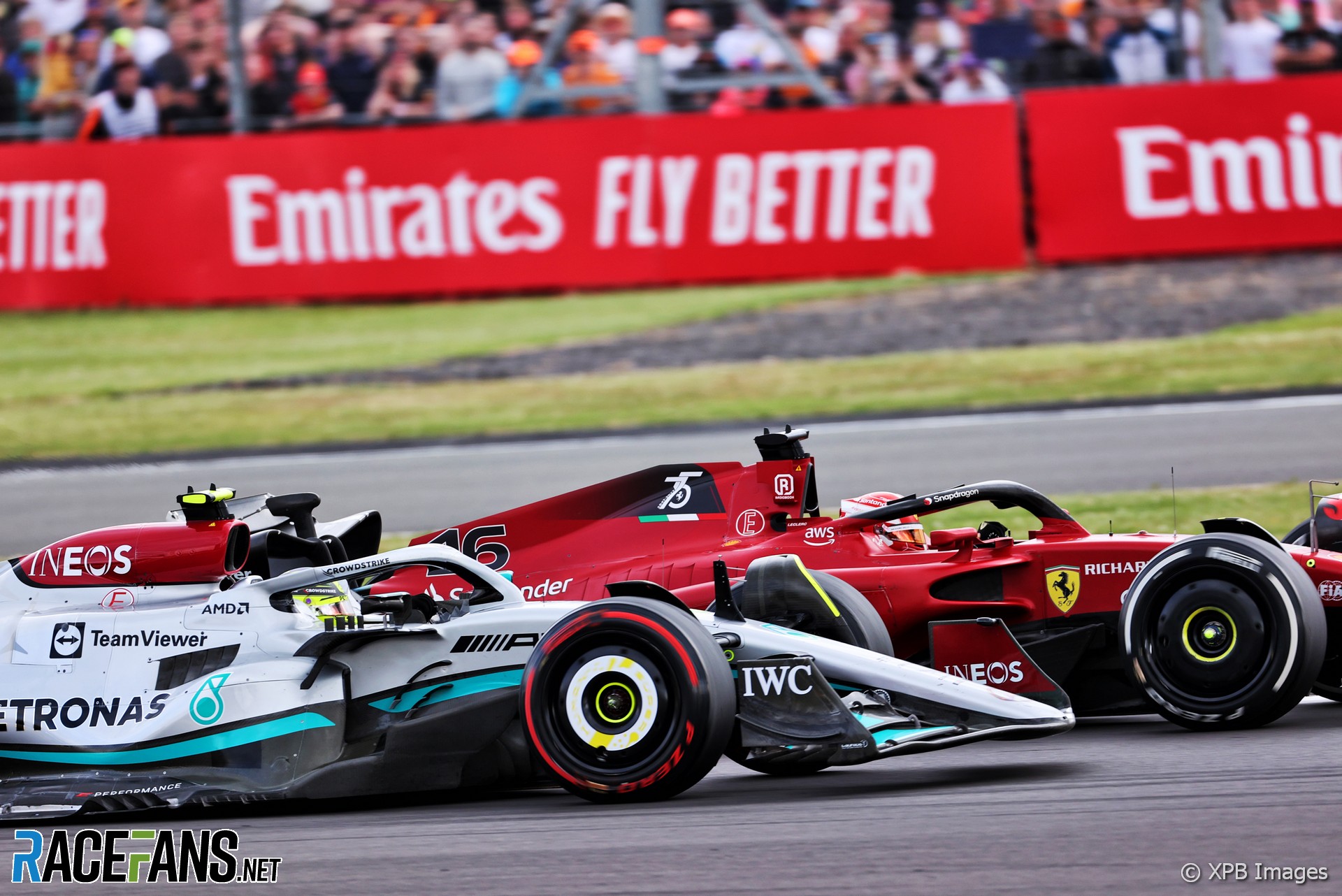 Lewis Hamilton told Charles Leclerc he was anxious to avoid hitting the Ferrari driver when they went wheel-to-wheel through Copse as they battled in the late stages of the British Grand Prix.

The two drivers fought over third place at the end of the race in an enthralling, multi-lap battle. At one point Leclerc overtook Hamilton around the outside of the high-speed Copse corner.

The move drew comparisons with the battle between Hamilton and his championship rival Max Verstappen on the opening lap of last year’s British Grand Prix. The pair collided, pitching the Red Bull into the wall at high speed. Hamilton was held chiefly responsible by the stewards and handed a 10-second time penalty, despite which he went on to win the race.

“I was like, ‘fuck, I don’t want to just clip you and send you off,'” Hamilton can be heard telling Leclerc in the six-second clip.

Speaking after the British Grand Prix, Hamilton praised Leclerc’s racecraft throughout the battle, highlighting how he believed the fight differed from his one with Verstappen a year earlier.

“Charles did a great job, a great battle,” Hamilton told Sky after the race. “He’s such a sensible driver, definitely different to what I experienced last year. Copse, for example – we got through there no problem.”

Leclerc also admitted after the British Grand Prix that the 2021 incident had been on his mind after he had completed the pass on Hamilton at Copse. “It was incredibly tricky and, actually, as soon as I passed the corner I look in my mirror and I had a flashback of last year,” said the Ferrari driver.