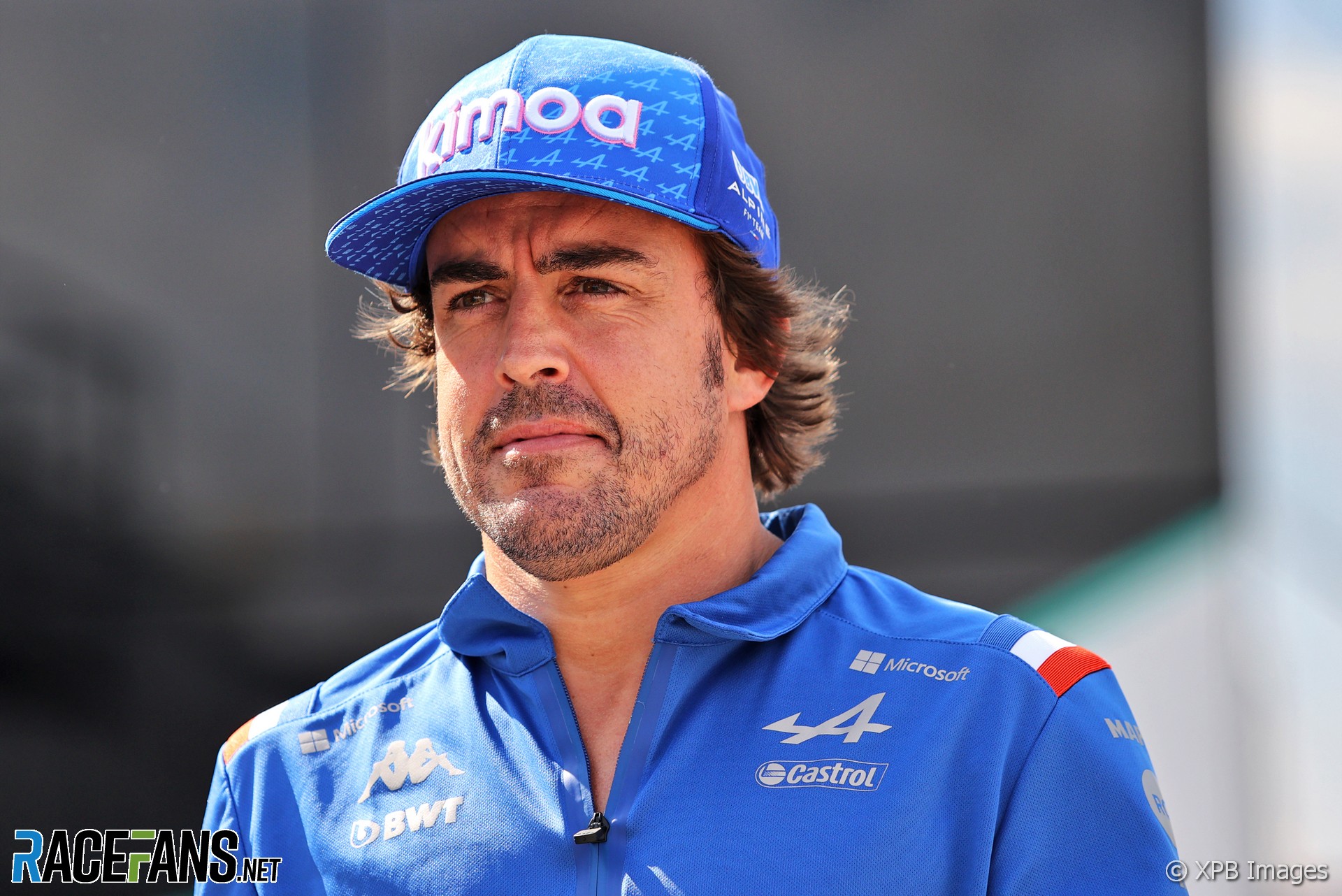 Fernando Alonso says he is more interested in extending his stay at his current team next year than taking Sebastian Vettel’s place at Aston Martin.

Vettel confirmed today he will not continue in Formula 1 next year. That leaves Aston Martin with a seat to fill alongside Lance Stroll for the 2023 Formula 1 season.

Alonso’s deal to drive for Alpine expires at the end of this year. However he made it clear today he intends to remain with his current team.

“I would like to stay here,” he said in response to a question from RaceFans. He intends to begin discussions with them during the summer break and expects a quick resolution.

Talks took place between Alonso and Aston Martin – then known as Racing Point – before he returned to F1 with Alpine in 2021. “We spoke in 2020 when they were very competitive, obviously, and winning races and in the podium,” he said. “And it didn’t went well and I came with Alpine and I’m happy where I am.”

Although Alonso conceded a move to Aston Martin is a possibility, he would prefer to stay where he is. “All the teams are an option as long as they don’t have two drivers signed,” he said.

“My priority is to be with Alpine because we’ve been working and developing this project together for two years now. We are more and more competitive and probably my wish is to stay. But we didn’t sit down completely and move forward things, so still everything’s ongoing.”

Alonso believes his best chance of having a race-winning car is to help one of the teams outside of the top three to develop one.

“With this set of regulations, it seems that Ferrari, Red Bull and Mercedes are the only capable teams of winning races. So if you have an opportunity in 2023 on those three teams, you will try to join forces.

“There is no opportunity, so you just need to trust some other projects that they are maybe wishing that they are competitive in next year. It’s all a hope.

“But at the moment, as I said, my challenge is being here. Trying to win in this comeback is not easy. I’m not in any of those three teams, as we said now. But I don’t have other challenges in my head now. I don’t have family, as I said before and all the other categories, they are not giving me any appealing at the moment, so I’m happy where I am.”

Vettel won his four world championships from 2010 to 2013 against competition from, among others, Alonso, who finished runner-up to him in three of those seasons.

“We will miss him after so many years sharing the track together, good fights,” said Alonso. “Obviously, in all his championships I was somehow in there as well.

“He’s a great champion and also a great man with all very strong values and a lovely family and probably that’s the decision also into this, as I heard, the family. So I’m wishing him the best and hopefully he’s around in the paddock.”