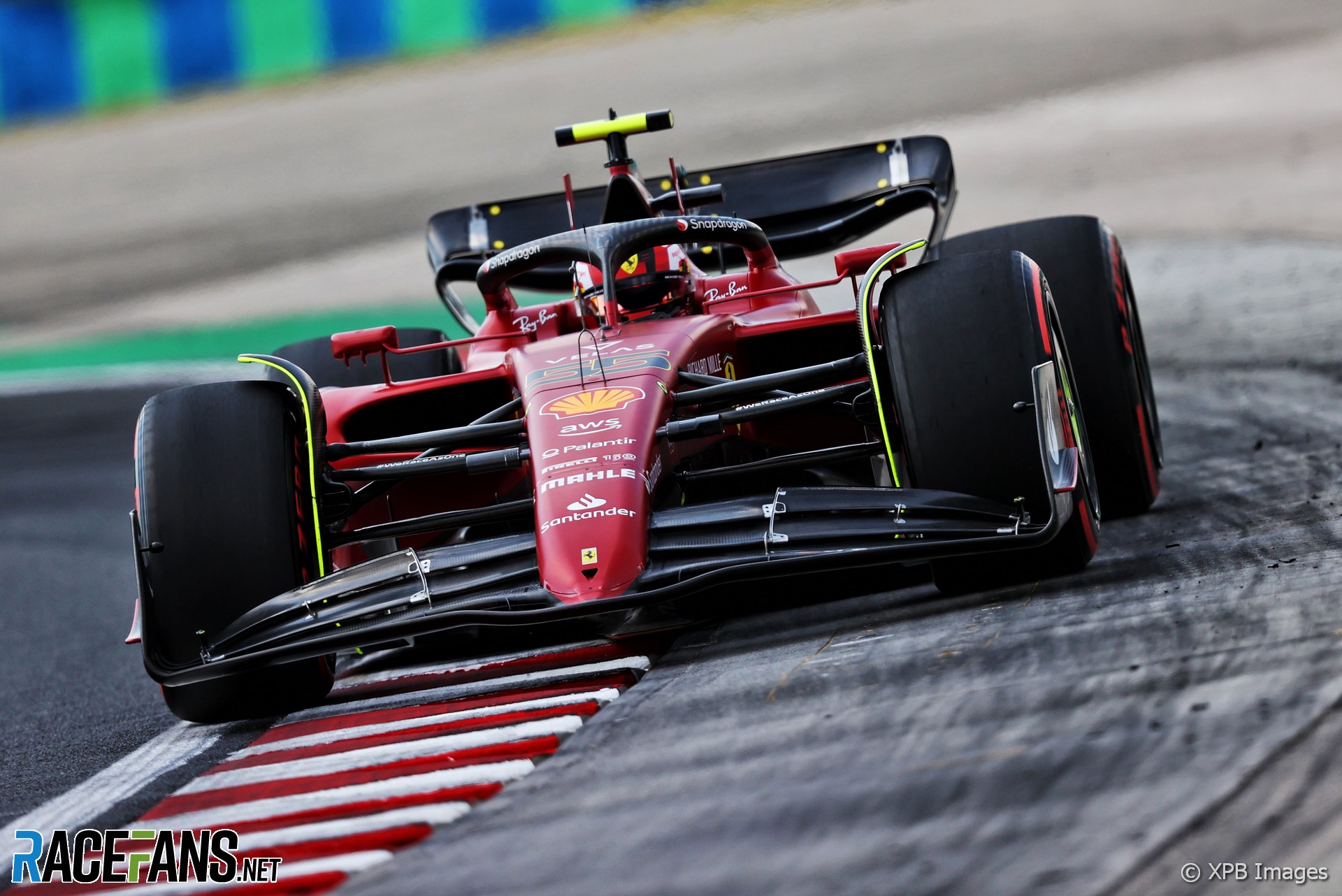 Carlos Sainz Jnr headed Max Verstappen in the opening practice session for the Hungarian Grand Prix at the Hungaroring.

In a dry, hot and relatively uneventful first session of the weekend, Sainz’s best time of a 1’18.750 saw him just a tenth of a second quicker than the championship leader. Charles Leclerc was third in the second Ferrari, almost three tenths slower than his team mate.

The slight cloud cover over the Hungaroring did little to shield the circuit from the sun when the first Formula 1 session of the weekend began. The ambient temperature was above 30C with track temperature north of 50C when the first car rolled out onto the circuit, that being Sebastian Vettel’s Aston Martin.

The only race driver not to take part in the first session was again Valtteri Bottas, who handed over his Alfa Romeo to test driver Robert Kubica for the second successive weekend.

Ferrari and Red Bull opted to carry out their early runs on soft tyres, with Verstappen setting the early pace with a 1’21.2235, a tenth of a second quicker than Sainz in the Ferrari. Charles Leclerc lowered the best time significantly with a 1’20.225, with Verstappen improving to almost two hundredths behind.

The compact nature of the Hungaroring circuit means traffic is no small problem over race weekends. Fernando Alonso quickly discovered just how alert drivers need to be when he had to avoid Lance Stroll’s Aston Martin who slowed through the apex of turn three, with the Alpine taking to the outside run off in avoidance. Later on, Mick Schumacher was caught out exiting the chicane by Leclerc’s Ferrari cruising on the racing line.

Ferrari and Red Bull continued to trade the top of the time sheets between each other, with Sainz eventually lowering the best time to a 1’18.750, only 0.130s ahead of Verstappen. In the later phase of the session, teams switched their focus to longer runs, with the Mercedes pair of Lewis Hamilton and George Russell running a stint on the hard compound tyres.

In the final minutes of the session, the only driver who looked to be improving was Sergio Perez, who set the fastest first sector of the session. However, Perez did not improve his time over the rest of the lap, remaining in sixth place at the finish line.

At the chequered flag, Sainz finished fastest overall, with Verstappen splitting the Ferraris ahead of Sainz. Lando Norris ended first practice in fourth place, half a second slower than Sainz, with the two Mercedes of Russell and Hamilton split by Perez’s Red Bull.