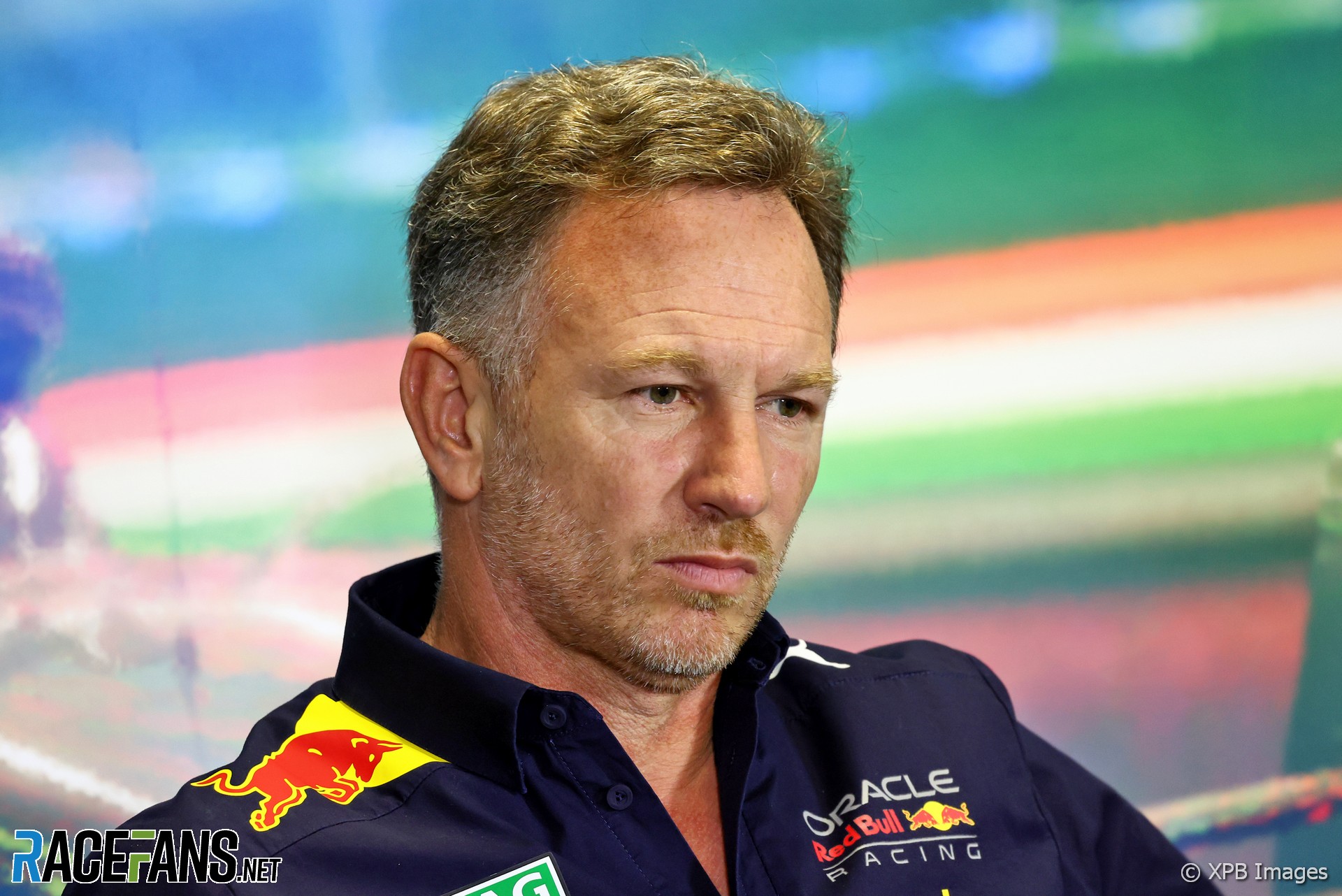 It was revealed this week Porsche is buying a 50% stake in Red Bull Technology, which manufacturers the F1 team’s chassis. However Horner says further progress cannot happen until the series defines the new engine formula to be used from 2026.

“There’s healthy dialogue with Porsche and I think it’s great that companies like Porsche and Audi are looking at seriously coming into Formula 1,” he said. “But there’s some some major caveats that we need to get past first before things can get anywhere near progression.

“That primarily focuses on what are the final technical, sporting and financial regulations for the power unit going to be? Are they going to be fair and equitable to the newcomers versus the current incumbents? So that is the first piece of the jigsaw that needs to be completed.

“It’s something that I know the FIA are working hard on and hopefully in coming weeks we’ll get to see that. At that point then obviously we’re able then to sit down and have a further discussion with the guys at Porsche.”

Rival manufacturers Mercedes and Ferrari have previously denied they have sought to delay discussions around the new rules in a bid to disadvantage Porsche.

Horner said the negotiations with Porsche will be “a reasonably lengthy process” with “many things to discuss” between them. “But the most fundamental thing is what are those regulations for 2026,” he said. “And are they attractive enough for an entity like a Porsche or an Audi to come into Formula 1?”

Porsche has previously indicated its desire to enter F1 in 2026. Despite the news of its buy-in to part of Red Bull’s F1 operation, Horner said the parties are “really only at a discussion stage.”

“There’s so many caveats based on regulations that are the fundamental part.”

He stressed that any new partner of the team would have to “fit within the long term-plans that Red Bull have for its commitment in Formula 1.”