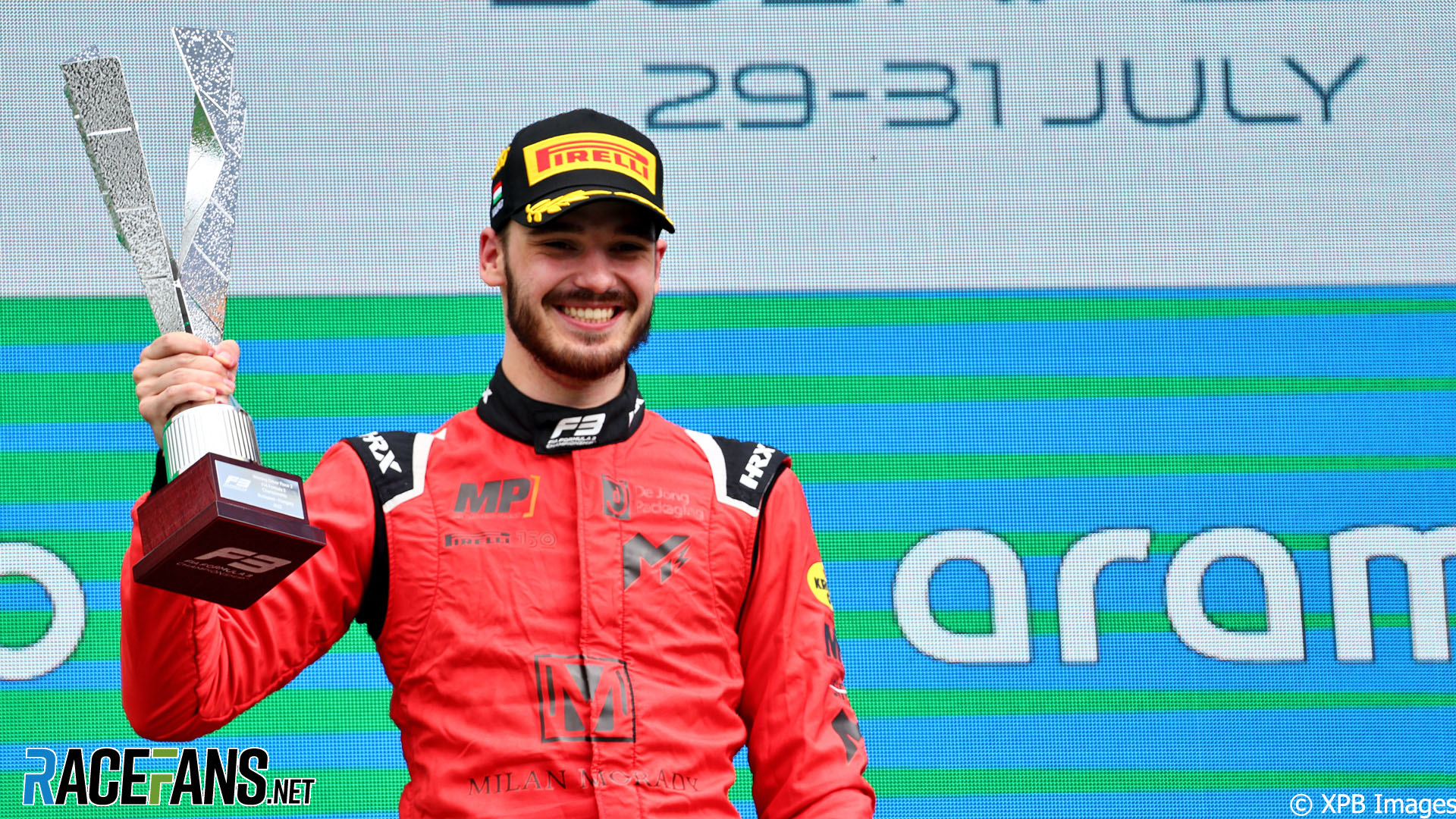 Alexander Smolyar has taken his first win of the Formula 3 season, and the first for an Authorised Neutral Driver, in a rain-affected race at the Hungaroring.

Drivers took the start on wet weather tyres on a damp but drying track. Smolyar checked out from pole position, extending his lead and going on to win by more than five seconds.

The top three on the grid came home in the order they started, Maloney narrowly holding off Bearman in an exciting scrap over second place. But behind them Zak O’Sullivan, who started 22nd, pulled off an audacious tyre gamble to claim fourth.

Switching to slicks as the track began to dry, O’Sullivan tore as much as 10 seconds a lap out of the leaders as he scythed through the pack with outrageous speed. He took the chequered flag seven seconds behind Smolyar, and might have won had the race gone a lap further.

Jak Crawford came in fifth ahead of Juan-Manuel Correa, who climbed from 18th to sixth. Arthur Leclerc, who was relegated to ninth on the grid by a penalty for a collision in yesterday’s race, followed Kush Maini home in eighth.

That edged Leclerc closer to championship leader Hadjar, who failed to score in 18th, and Martins, who took 10th behind yesterday’s winner Caio Collet and is now tied for the championship lead. Hadjar was swallowed up at the start and narrowly avoided contact on lap two when a fight between Johnny Edgar and Oliver Goethe that sent the Campos car into his path, forcing him to virtually stop on-track and fall out of the points.