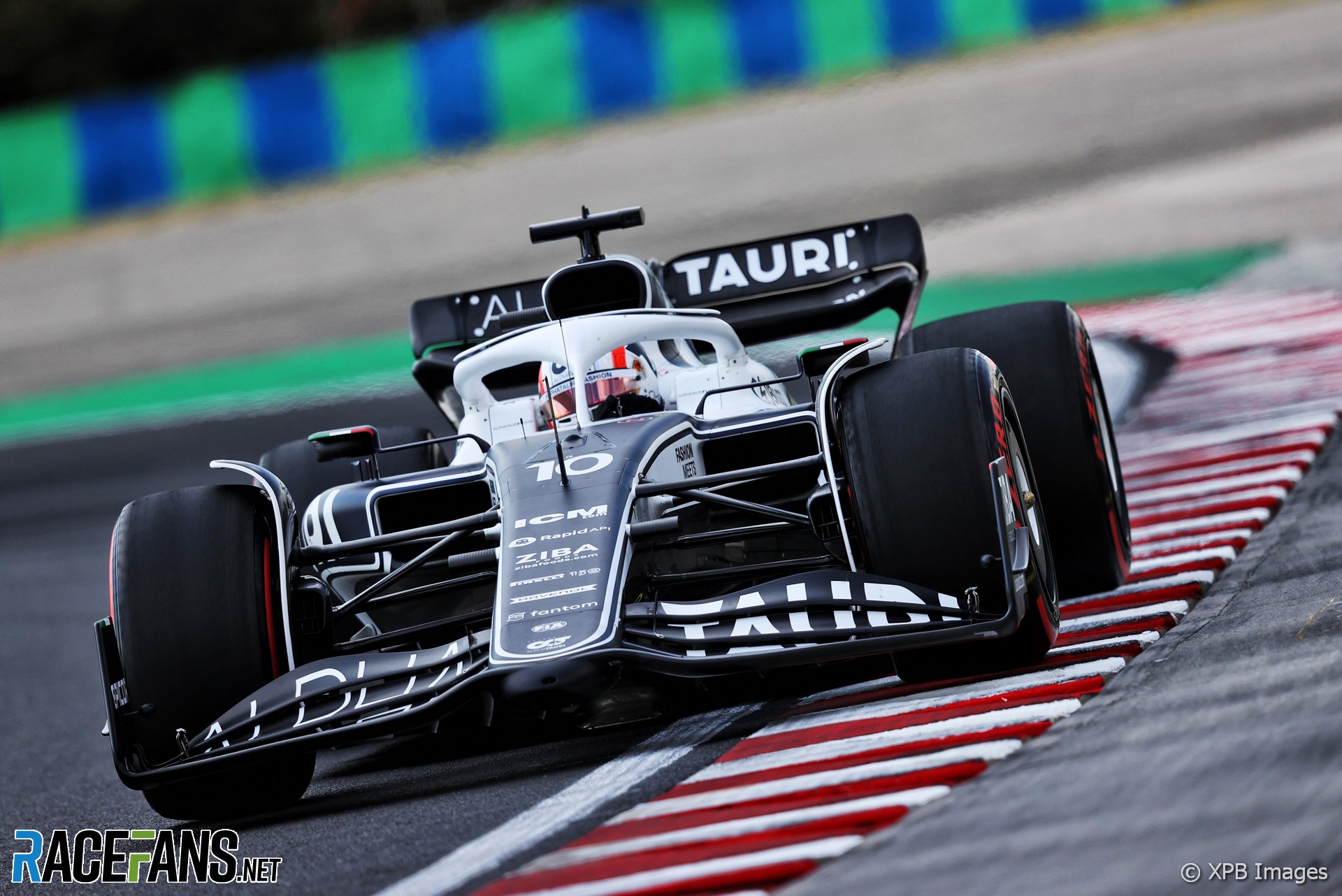 In the round-up: Pierre Gasly says he is unable to explain why AlphaTauri have struggled compared to their midfield rivals in recent races

Pierre Gasly says he is unable to explain why AlphaTauri have struggled compared to their midfield rivals in recent races.

AlphaTauri currently sit in eighth place in the constructors’ championship on 27 points following a scoreless streak of five races. The tally is 57 points fewer than the team had accrued after 13 races last season.

Gasly said he could not explain why the team appears to be struggling to score points compared to their rivals in the midfield.

“I don’t fully have the answer for why we seem to struggle more than than other teams in the midfield, because I don’t think we are missing something in the core of the team,” Gasly said.

“That’s why I think it needs a bit of a step back and look at the whole situation and the bigger picture, what we’re all doing, aero-wise, which direction we do, how we decided to use the budget cap because I know since the start of the year we were already quite on the edge early on in the season. Is that the main reason? I don’t fully know. We’ll keep pushing and hopefully find some more bigger development items over the next few weeks.”

Dragon Penske Formula E driver Antonio Giovinazzi says he will ponder his future in Formula E after this weekend’s season finale following a “tough” first year in the series.

The former Alfa Romeo F1 driver has failed to score a point throughout his campaign – the only driver in the championship still scoreless. Giovinazzi’s best finish of 16th came in the Monaco EPrix, while he secured third on the grid for the second London race before retiring after 19 laps.

“It’s been, for sure, a tough season,” said Giovinazzi. “It’s been difficult.

“We struggled a lot, the team, with the car – especially in the races, it’s quite hard. So for the future, we’ll see. After Korea we’ll see what is available, what is good for me and then I’ll decide.”

A 1991 Benetton B191 has been put up for sale with car auctioneers RM Sotheby’s. The chassis number B-191-02 was originally driven by Nelson Piquet, who used it to win the 1991 Canadian Grand Prix, his last career victory.

After Michael Schumacher’s impressive debut with Jordan at Spa-Francorchamps, the future seven-time champion signed to drive with Benetton where he completed the rest of the season, scoring four points over the final five rounds of the championship.

Benetton would finish the 1991 season in fourth place in the constructors’ championship on 38.5 points.

where would @pierregasly and @yukitsunoda07 take our team if they could bring them on a holiday anywhere in the world? 🌴 🇯🇵 pic.twitter.com/nSvUL2WTl4

See you there, partner! We'll all need that caffeine for a live start in the wee hours! https://t.co/vsFSKl66nV

During the London EPrix, Andre & I recorded our 1st podcast together thanks to @TAGHeuer ! Hope you guys enjoy some #Jeandre stories 😎:https://t.co/Wys2sL9A0z

it's Formula E's 100th race on Sunday so looked up when F1's 100th was (yes, I know, much debate but from the FIA world championship start) – it was Germany 1961, won by Sterling Moss at the Nurburgring, a street circuit only in a very technical sense but he did only use inters

An original Cosworth CA Formula 1 engine is currently being offered for sale in Pennsylvania in a live online auction.

It is believed to have been the first F1 engine to exceed 20,000 rpm. pic.twitter.com/ONgC51mJxy

As the weather is expected to be extremely hot across the country this weekend, please keep an eye on the forecasts and come prepared for hot weather if you're heading to Donington Park on Sunday. pic.twitter.com/lvsdeeCwlb

"Watch and find out who becomes the winner of the 2022 Grill the Grid season as the drivers attempt to name a Formula 1 circuit for every letter in the alphabet."

"I was always used to winning and fighting for victories – then I came into Formula One at the worst possible time. Where the car and team was at the time… suddenly I was in a wrong dynamic where even getting a top-10 finish was extremely difficult to achieve."

"I actually think that without that crash, we might not be here today. It was the news of the world. Every single newspaper, news on TV were talking about the crash. It got us the taking off platform. If you write a book, you couldn't even think of something that crazy - and it happened to us."

"I remember the task of being alongside Fernando when I was 22. I was so young mentally and of course, okay in terms of skill but it's a lot of pressure to go against a great like him. nSo I would say out of pure pace I think… I always say (my toughest opponent) is Fernando and his ability."

"Watch our top 10 selection of the best onboard moments so far, including Kevin Magnussen's epic race start in France and a thrilling battle between Charles Leclerc, Sergio Pérez and Lewis Hamilton at British Grand Prix. "

"Chasing the Dream Season 4 will premier on Monday, August 15 on F1TV and the official Formula 1 YouTube channel. Episodes 1 and 2 will be available to watch ahead of Formula 2’s return to action at Spa-Francorchamps and the beginning of the triple-header."

"Some of Australia’s best Esports drivers will be flying the green and gold flag this weekend as they take on the United Kingdom in a virtual battle of the Esports’ version of the Ashes. Scheduled for Sunday night at 6pm AEST, the Motorsport Australia vs Motorsport UK Esports Invitational will see 10 selected drivers from both regions competing against each other for bragging rights."

"AMS2 has seen a lot of progress since its original release and a couple of major milestone updates, but no single update so far packs a list as long or as significant as v1.4 - while Racin´ USA Pt3 alone introduce a whole new type of racing to the sim with dedicated features, cars and tracks."

"In my first ever video as an interviewer, I interview four time Formula 1 world champion and Aston Martin driver Sebastian Vettel."

Fernando Alonso may be losing to team mate Esteban Ocon in the drivers’ championship, but MichaelN believes Alonso’s impressive performances relative to his team mate are enlightening…

These days the cars are so complex that you probably can’t really say what influence, if any, a driver has on technical issues. As it seems, Alonso has just had the misfortune of having technical and strategic problems in races where he might otherwise have scored good points.

He still has an edge over Ocon, but to the latter’s credit, the difference isn’t big. At the same time, when Schumacher was Alonso’s age he couldn’t really keep up with Rosberg, so in some ways Ocon could perhaps be argued to still be lacking that bit of pace we see in guys of his generation like Verstappen, Leclerc and Norris.
MichaelN

10 comments on “Gasly: No explanation for AlphaTauri’s midfield struggles”