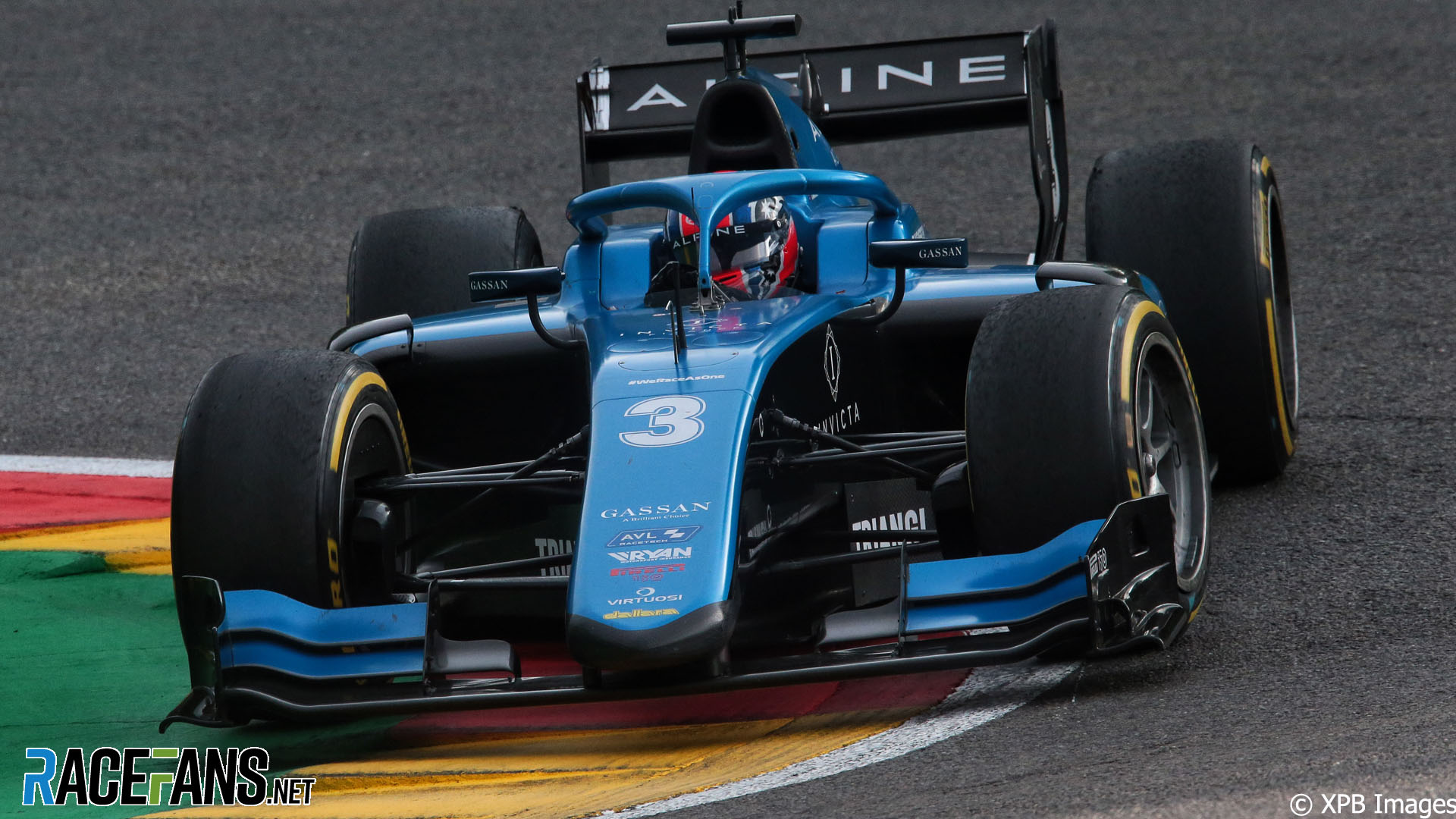 Championship leader Felipe Drugovich had claimed pole, with Enzo Fittipaldi starting second and Logan Sargeant third. However, both Fittipaldi and Sargeant had poor starts, allowing Jack Doohan and David Beckmann through from fourth and fifth position and Drugovich to extend an initial lead.

The second-placed driver in the championship Théo Pourchaire, who had started eighth, slowed down along the Kemmel Straight with an unexplained technical problem and retired from the race on lap three.

Liam Lawson moved up to fourth alongside Richard Verschoor, who he followed alongside for much of lap five, but with Lawson ultimately winning out to hold onto the place. Jehan Daruvala was shown the black and orange flag on lap five, forcing him into an early pit stop and out of the chance of significant results.

Doohan pitted on lap 10, his Virtuosi team perfectly executing an undercut strategy on Drugovich and allowing Doohan to take the net lead of the race. Drugovich pitted only a few laps later but was unable to regain the position, choosing not to risk his championship lead with Pourchaire out of the race.

Enzo Fittipaldi and Liam Lawson ended up in a furious battle for tenth place and a net podium position that saw Fittipaldi repeatedly have to hand a position back to Lawson after running off track. Lawson eventually emerged the victor but the fight allowed the leaders to pull away.

Marcus Armstrong was given a five-second time penalty for forcing Dennis Hauger off the track, although at the time of the incident Armstrong had felt Hauger had passed him off-track.

Lirim Zendeli’s Campos stopped on the penultimate lap, prompting a Virtual Safety Car. Doohan’s lead had been largely unchallenged, however, coming across the line 1.8 seconds ahead of Drugovich and with Lawson claiming the final podium position.

Drugovich now has a 43-point lead in the title fight, ahead of back-to-back rounds in Zandvoort and Monza. Doohan’s victory brings him into fourth place, just six points behind Logan Sargeant.